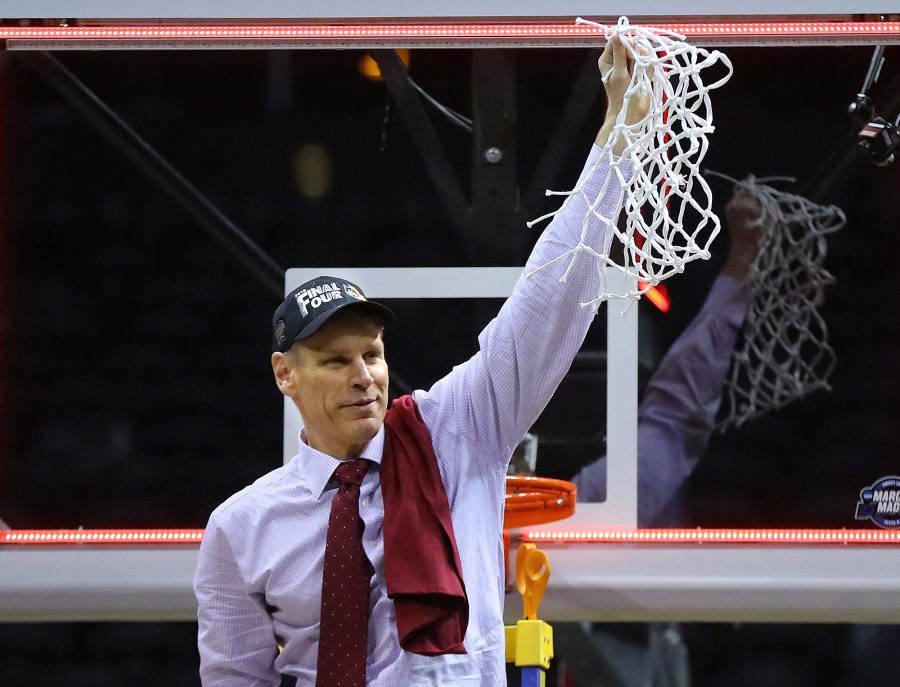 In the South, the amazing story has been Loyola-Chicago. The 11-seed Ramblers have been one of the most amazing “Cinderella” stories in recent tournament memory by becoming the first 11-seed to reach the Final Four since VCU in 2011. Loyola’s remarkable run has been highlighted by its three victories in the first three rounds by a total of just four points.

After upsetting both Miami and Tennessee in its first two games, Loyola took on seven-seed Nevada in its Sweet 16 matchup. The game continually went back and forth and went down to the absolute wire, making it one of the tournament’s most exciting games. Thanks to the Martin twins — Cody and Caleb — Nevada was able to cut Loyola’s lead down to one point with 36 seconds remaining. After letting the shot-clock tick down as far as possible, Loyola guard Marques Townes hit a miraculous three-pointer with just six seconds left in the game to stretch Loyola’s lead to six points and all but seal the game and a trip to the Elite Eight for the Ramblers.

In its Elite Eight matchup with nine-seed Kansas State — the first ever matchup between a nine-seed and an 11-seed — Loyola cruised to a 78-62 victory over the Wildcats to reach the school’s first Final Four since 1963. While unlikely and miraculous, Loyola’s run to the Final Four should not be viewed as a lucky “Cinderella” run, as evidenced by their 25th-overall ranking by FiveThirtyEight’s Elo system. For statistical non-believers, Loyola certainly seems to pass the eye test, as they are as well-coached as any team in the tournament and play beautiful offensive basketball.

The second team to reach the Final Four was three-seed Michigan from the West Region. Its Sweet 16 game was one of the biggest blowouts of the tournament thus far. Michigan was lights out from three-point range, shooting 14-24, and put on an offensive clinic all game by running the oversized and overmatched Aggies all over the court en route to a 99-72 victory.

Its Elite Eight game against nine-seed Florida State, however, was slightly more dramatic and not nearly as high-scoring. This was a low-scoring and sloppy defensive battle in which neither team shot more that 40 percent from the field. The Wolverines were consistently up between five and 10 points throughout the second half, but never seemed to want to put the Seminoles away until the game’s final seconds, when they were able to win 58-54.

Heading into the Final Four, the Michigan Wolverines — winner of 13-straight games — hopes to become the first national champion from the Big 10 since Michigan State in 2000.

Throughout the tournament, Villanova has looked like the most dominant team. Villanova won both its Sweet 16 and Elite Eight matchups against West Virginia and Texas Tech, respectively, by 12 points. At no point in either game did they ever seem out of control. Even when they have not played their best, like  in the game against Texas Tech, Villanova’s depth and talent have simply been too much for its opponents so far. Their Final Four matchup with Kansas will be their first true test all tournament.

This leads right into the Kansas Jayhawks, who are coming off one of the most impressive wins of any team this tournament. In its Sweet 16 game, Kansas narrowly defeated Clemson 80-76, which meant they would face second-seeded Duke in the marquee matchup of the tournament. The game was surrounded by hype and undoubtedly lived up to it. The game was a nonstop back-and-forth between these two blue bloods. With about 30 seconds remaining, Kansas guard Svi Mykhailuk drilled a clutch three-pointer to tie the game at 72. Instead of opting to call a timeout, Coach K let his players run a play, which resulted in an isolation drive for senior guard Grayson Allen. Allen drove and put up a fade-away shot that hit the backboard twice and the rim five times, yet somehow did not fall and the game went to overtime. When overtime came, Malik Newman took over for Kansas, scoring all 13 points for the Jayhawks to lead them to an 85-81 victory over the Blue Devils.

The Final Four has the makings to  be an epic game. With two true blue bloods left on one side, and a Cinderella story and one of the nation’s hottest teams on the other, the tournament is set up for an exciting finish.