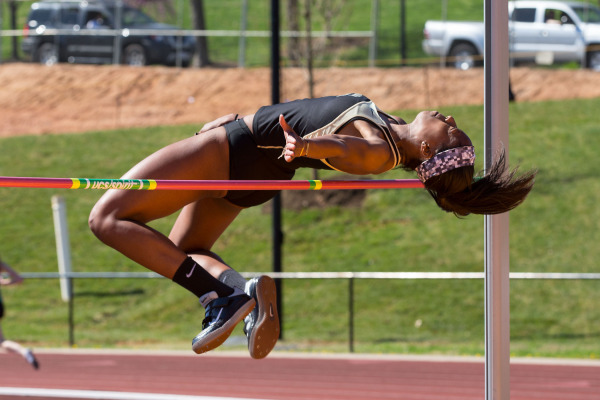 The Wake Forest men’s and women’s Track and Field team proved to be off to a promising start after their outdoor season opener this past Saturday, March 24, at Wake Forest’s Kentner Stadium.

The cold and windy conditions in the 30s for most of the day, were enough for North Carolina State to pull out of the meet and for Duke to withhold their sprinters from competing.

However, other than the slight delay in events, Saturday’s inclement weather conditions did not slow down Deacons as they secured seven event titles — five in the field and two on the track — along with setting multiple personal records.

Sophomore Elijah Shalaway launched the Deacs into their first title of the day by throwing his personal best in javelin at 64.88 meters. Senior Jordan Banks, earned the title in long jump, breaking her personal best by over seven inches with a jump of 5.34 meters.

The freshman athletes made an impressive debut to their Wake Forest outdoor season careers, claiming three of the seven titles. Redshirt freshman Jack Tiernan placed first in the 3000-meter with a time of 8:32.23.

Freshman Cydney Delley secured first in the women’s 400-meter with a time of 59.18.

Despite this being the first outdoor meet for both Delley and Tierney, they have been competing with the Deacs since this December’s indoor season.

“The indoor season prepared me mentally by allowing me to get into the competition mindset,” Delley said.Delley qualified to compete in the indoor ACC championships at Clemson, last month in both the 400-meter and the 4x400m relay.

Adams also placed second in the discus. Alexandria Florent earned the title in high jump, clearing a height of 1.67 meters. Florent recently placed second at the ACC Championships with a jump that cleared 1.78 meters, her personal best.

Sophomore Robbie Barr returned to the track for his second outdoor season as a Demon Deacon, placing second in the 1500-meter with a personal best of 3:58.10.

“Our coaches had prepped us on what to do with regard to the wind and rain,” Barr said. “We were told to tuck in behind a tall competitor to guard against the weather and wait until the last 200 to 300 meters of the distance races to make a decisive tactical move.” Hopefully, the Deacs should be facing more suitable competing conditions as they head into their upcoming meets.

The team will compete in the Raleigh Relays on March 30 and 31 at NC State.