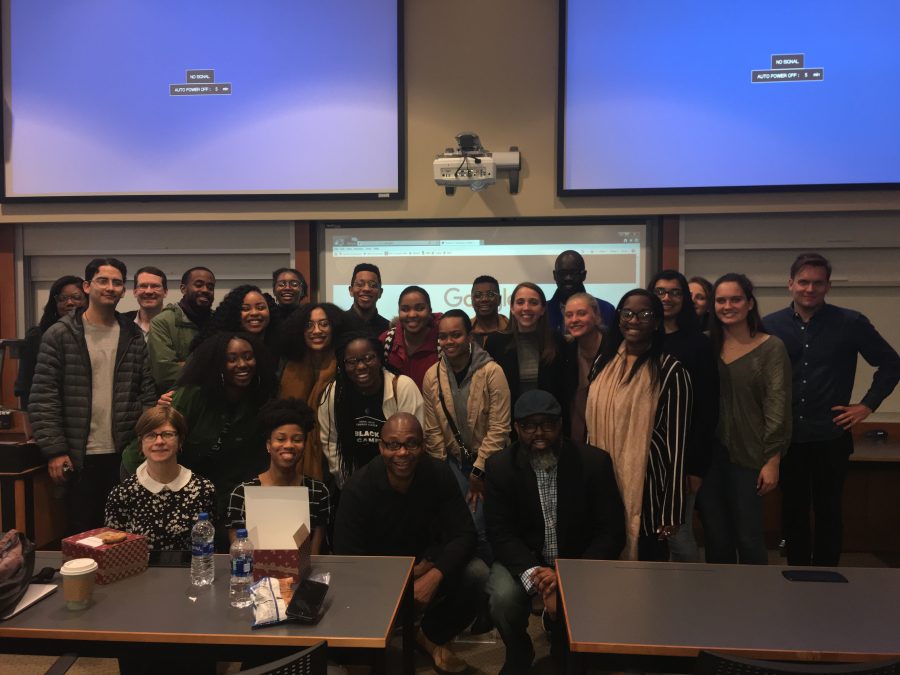 “I thought this was a great opportunity to learn from these journalists, especially since they were journalists of color because they described their experiences as being different than their white colleagues,” said junior Maaheen Hasnain, a Wake Forest journalism student. “Being a person of color, it was beneficial hearing diverse perspectives because I have not gotten the chance to do that much yet as a journalism student.”

Ron Nixon and Topher Sanders, two of the four founders of the Ida B. Wells Society, led the workshop using practical examples from their experiences as journalists. The society, named after the African-American journalist who led the anti-lynching crusade in the 1890’s, offers low-cost workshops to equip journalists of all skill levels with investigative reporting skills. Its mission is to empower and train reporters and editors of color in the field.

Nixon is currently a Washington correspondent for The New York Times and covers the Department of Homeland Security. Sanders currently covers racial inequality for the investigative journalism organization ProPublica but was previously honored for his data-driven reporting at The Florida Times-Union.

The day-long event held in Farrell Hall was co-sponsored by the Wake Forest Journalism Program, the Anna Julia Cooper (AJC) Center and WFDD. The workshop featured sessions that ranged from the nitty gritty how-to’s of accessing public records and filing FOIA (Freedom of Information Act) requests to an interactive lesson on pitching stories to editors.

“A great idea goes nowhere if you can’t explain it,” Nixon said, encouraging workshop participants to focus on pitching their ideas the way they would talk to friends about the story.

This hands-on session highlighted the informal and intimate atmosphere of the workshop that Nixon and Sanders cultivated as leaders. Throughout the day they encouraged participants to ask questions during the sessions and share stories from their own varied levels of journalistic experience. Participants included the “BLACK ON CAMPUS” student journalists and professional journalists from around the state.

“I really enjoyed the investigative reporting workshop because it was one of the few conferences that I left feeling like I had learned a lot of new information,” said Heather Hartel, of the Old Gold & Black and a Wake Forest journalism minor. “Before, I would’ve assumed I knew a lot about investigative reporting, but this showed me I still have so much more to learn.”