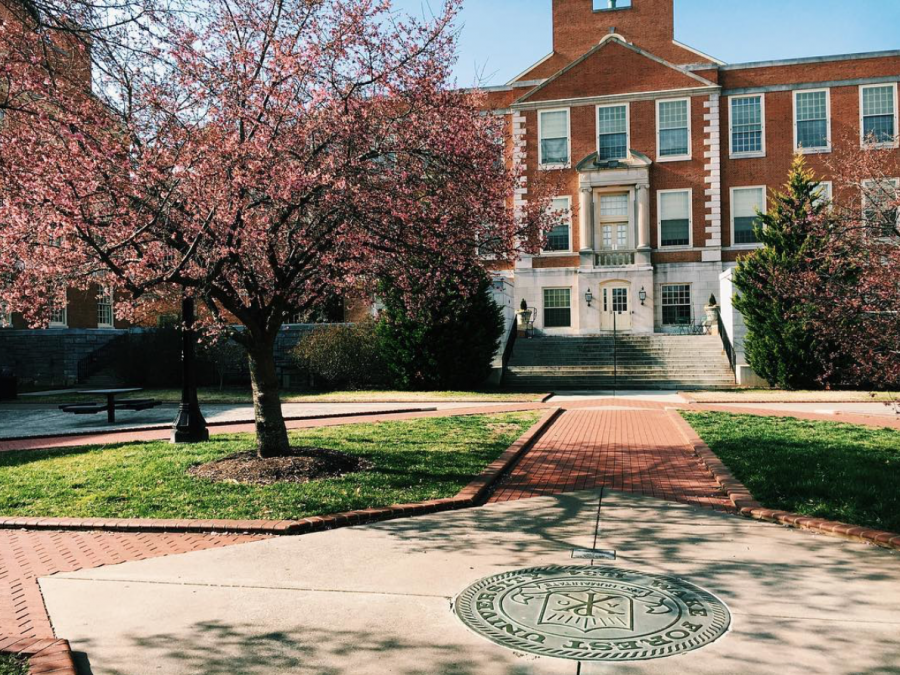 Wake Forest students work hard to live by the school’s motto, “Pro Humanitate.” Still, more education on the environment might be the push needed to help them live up to the motto on a sustainable level.

“Pro Humanitate means leaving the world a better place than you found it,” said President Nathan O. Hatch in an interview. “It definitely relates to the environment.”

With events such as Project Pumpkin, Hit the Bricks and Wake ‘N Shake, it is evident that many students are committed to the school’s motto of helping the community.

When it comes to the environment, some believe a required class to provide everyone with the basic knowledge on how to live environmentally-friendly is a proposed idea that could help guide students in the right direction.

“I think it’s a great idea,” said Jordan Mullens, junior resident of the Sustainability House at Wake Forest. “It would at least make people aware of how their choices have an impact on the environment.”

Extreme weather has been seen all over the world this spring, and Winston-Salem has not been an outlier. February started off with temperatures reaching 80 degrees, just to be followed by an abnormally cold March with weeks of temperatures below freezing. It even snowed as late as March 24, giving the normally pink cherry blossom flowers in the Benson courtyard no chance to survive.

“I have never seen snow this late in North Carolina before,” said sophomore Celia Zhou, who has lived in Raleigh, NC, her whole life.

With a changing climate and disasters like Hurricane Harvey hitting close to Wake Forest students’ homes, the demand for classes on the environment is increasing. Wake Forest offers minors in environmental science and environmental studies, and the classes are open for everyone to take as an elective. Yet, some students do not think this is enough.

“The environmental program is a bubble in itself; everyone just agrees with each other,” said sophomore Carly Liebech, an environmental studies minor. “I think everyone should be required to know at least the basics.”

Freshman Paige Harriss likes the idea of taking a class on the environment.

“I would enjoy that much more than [Health and Exercise Science],” Harriss said. “I want to live environmentally friendly, but sometimes I don’t know how to.”

Caroline Bosch, a sophomore intern at the Office of Sustainability, says that there are a lot of ways in which Wake Forest is making it easy for students to live environmentally friendly. With water stations available in many places on campus, students can now choose reusable waterbottles instead of buying plastic, disposable ones. And with the increasing number of composting and recycling stations, students have the tools to make a smaller impact on the planet.

“It’s not hard to live environmentally friendly if you know how to,” Bosch said. “I’m just pretty sure a lot of people don’t even know what is recyclable or not.”

Dedee Johnston, chief sustainability officer, is convinced that Wake Forest students would do a lot more for the environment if they had the right knowledge.

“The problem is not that they do not care, but that they are not aware of how their actions are affecting the environment,” she said.

The Committee on Curriculum Review is in the process of making changes to the requirements of the liberal arts curriculum, and adding a class on sustainability and the environment is one idea that has gained support.

Student Government President and member of the committee Spencer Schiller thinks that adding an environmental class as a requirement is not impossible.

“I believe that the curriculum review’s path will take Wake Forest in a direction of holistic academia — training Wake Foresters to be actively aware of the world, its cultures and the impact humans have on it,” Schiller said. “I hope that the school takes concrete steps to make it happen.”

“It would make people understand how, as humans, the earth shouldn’t revolve around us,” Liebech said. “We should act in a way that lets us help the environment, and not in a way where the environment has to help us.”

Adding classes to the core curriculum takes time, and Hatch said he is not against the idea.

“It is important to provide the classes that are attractive to students, but there are many competitive ideas that are being discussed,” Hatch said. “If the demand is high enough, I don’t see a reason for why it couldn’t happen in the future.”