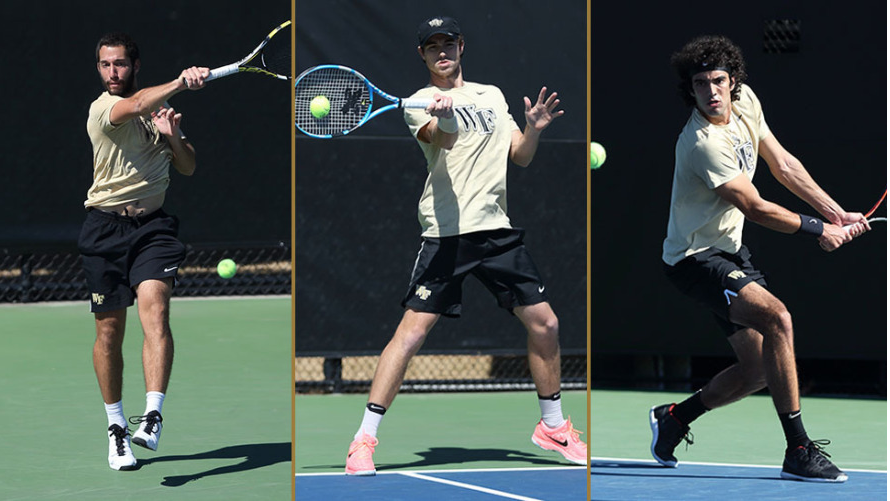 Everyone has heard the phrase, “records were meant to be broken,” and here at Wake Forest there are a number of athletes ready to show that that is true. Titles are passed down from the best to the better.

Names are inscribed in record books, awaiting the next champion to beat the number. This past Sunday, senior Skander Mansouri became one of those people.

The Demon Deacons took on the Fighting Irish of Notre Dame at home this past weekend for another incredible day of match play. With a strong 16-2 overall record, they were more than eager to get back on the court.

Mansouri became Wake Forest’s leader for all-time career doubles victories at 109 wins as he and his partner, graduate student Ian Dempster, began the day with doubles matches. They had a strong 6-4 win over the strong doubles team of Brendon Kempin and Tristan McCormick, ranked 80th in the country.

With the title previously held by tennis legend Cory Parr at 108, Mansouri has nowhere to go but up with his doubles victories.

Dempster and his victory at No. 1 doubles, along with the successful performance from the No. 2 doubles team of Petros Chrysochos and Bar Botzer clinched the doubles point for the Demon Deacons.

From there, the Demon Deacons took that momentum to the six singles court.

Without hesitation, the guys dominated all six singles positions, with only two of the six continuing into a third set. Borna Gojo (No. 1), Chrysochos, Mansouri and Botzer all controlled their singles matches in straight sets, while Alan Gadjiev (No. 5) and Eduardo Nava (No. 6) fought valiantly through their third sets for 6-1 and 6-2 victories, respectively.

Chrysochos extended his singles winning streak to 12 consecutive matches, with all victories coming in straight sets.

The Demon Deacons thus finished with a 7-0 sweep against the Fighting Irish, and are ready to continue fighting their way all the way to the ACC Championship.

Wake Forest will remain at home for their next competition against the Clemson Tigers on Friday, April 6. First serves will be tossed at the Wake Forest Complex at 4 p.m.