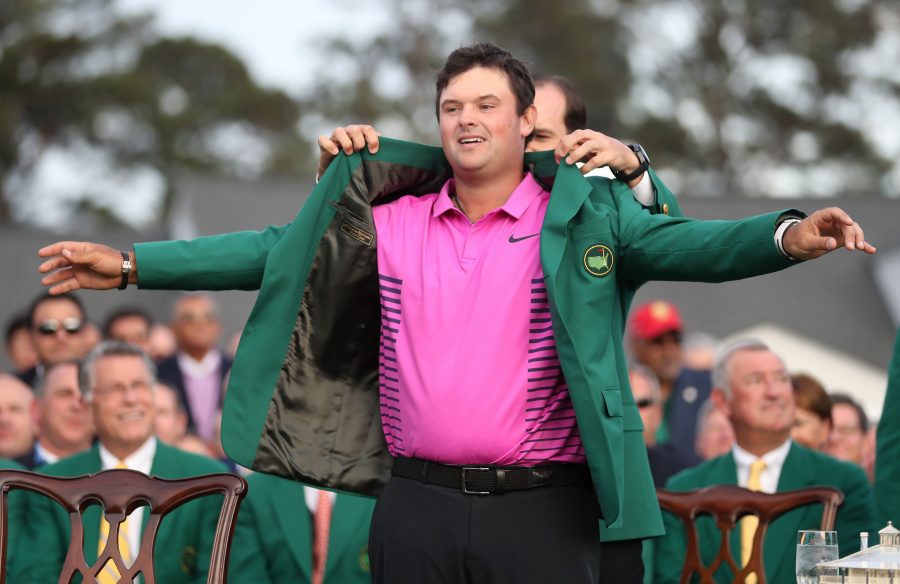 For the ninth time in the past 10 Major Championships and the fourth consecutive Masters tournament at Augusta National, a first-time major champion was crowned. This time, it was 27-year-old Patrick Reed.

With countless young stars on this year’s leaderboard coming into Sunday such as Jordan Spieth, Rory McIlroy, Justin Thomas and Jon Rahm, it was Reed who came out on top.

The opening day of the Masters, Thursday, April 12, was dominated by Spieth, who has made quite a name for himself over the years at Augusta. Spieth shot an opening round of 66 to finish the day at six-under, thanks to amazing five consecutive birdies on holes 13 through 17.

Reed, however, was not far behind after a very solid opening round of 69 (three-under) and was well-positioned for a weekend run.

After entering Friday with a commanding lead on the tournament, Spieth quickly came back to the pack by double bogeying the first and bogeying the second. On second the day, Spieth was two-over, which brought him back to four-over overall after two days. Meanwhile, Reed had another excellent day, shooting 66 to get himself to nine-under overall and a commanding position entering the weekend.

Saturday was when the tournament really became exciting. Reed continued tearing up Augusta National, shooting his third-consecutive round in the 60’s — the only player in the tournament to do so — with a five-under 67.

Heading into Sunday, Reed had a stronghold over the tournament at 14-under with a three-shot lead over second-place Rory McIlroy. Speaking of Rory, he shot an amazing six-under 65 to climb to within three shots of the leader Reed on moving day. Similarly, fan favorite Rickie Fowler also shot a 65 on Saturday to get to nine-under entering Sunday.

With Reed and McIlroy in the final grouping, and having distanced themselves from the rest of the pack, the Masters appeared to be a two-man race on championship Sunday, with the potential for a surprise run by the likes of Fowler and Jon who were each a few shots behind McIlroy.

The final grouping of Reed and McIlroy was all set to have plenty of drama based on the history between the two at the 2016 Ryder Cup, when Reed defeated Rory in a passionate match for the ages.

Additionally, in his post-round press conference on Saturday, McIlroy told reporters all the pressure was on Reed, the man with the three-shot lead and no major victories.

As it turned out, Reed handled that Masters Sunday pressure a great deal better than McIlroy, who has won every major championship except the Masters.

Jordan Spieth, who began Sunday at just five-under and nine shots back of Patrick Reed, had a magical round. After birdieing five of the opening nine holes to pull to within four shots of Reed, Spieth was miraculously in the hunt. On the back nine, he continued his outstanding play. Spieth birdied the par-three 12th, a hole that has haunted him for years and cost him the Masters in 2016 when he put two balls in the water. He also birdied 13 and 15, the two par-fives. Finally, he birdied the par-three 16th after draining a 33-foot putt for his ninth birdie of the day, tying with Reed at fourteen-under. Spieth’s dream round came to an end, however, when he sadly bogeyed the 18th hole after yanking his tee-shot into the trees. Spieth finished the tournament at 13-under and in third place.

Meanwhile, McIlroy, who promised all the pressure was on Reed, played very poorly and fell out of the race. Rory was two-over on Sunday and continued to fall as other leaders around him charged forward. Rickie Fowler, who started the day nine-under, also made a late push for the lead on Sunday. Fowler was six-under on the final 11 holes to enter the clubhouse as the leader at 14-under.

Reed did everything he needed to do to win his first major on Sunday. He certainly did not have his A-game like he did the first three days, but whenever he needed a big shot, Reed delivered.

Reed followed up every bogey he made with a birdie in one of the next two holes. Every time it seemed Spieth or Fowler had an opportunity to take the lead from him, he came back with a big par or birdie. Reed wasn’t perfect on Sunday, but he played championship golf and clutched up when needed in order to win the Masters and his first major by a stroke over Fowler with a tap-in par on 18.

With the win, Reed became the ninth golfer to win his first major in the past 10 majors. This is a particularly exciting moment for Reed, a borderline local to Augusta, who played his collegiate golf at Augusta State and won two NCAA Championships after being kicked off the team and expelled from Georgia for cheating and stealing. Reed is a controversial player on tour and is not the most well-liked by fellow golfers and fans.

Additionally, only his wife was there to see him win his first major, as his parents and sister watched on television from their home in Augusta just three miles from the course. This is because he has cut off all ties with his family six years ago and barred them from attending the tournament in their hometown. Regardless of who Patrick Reed is as a man, he will have the words “Masters champion” attached to his name for the rest of his life.