A Guide to Fantasy Baseball Picks 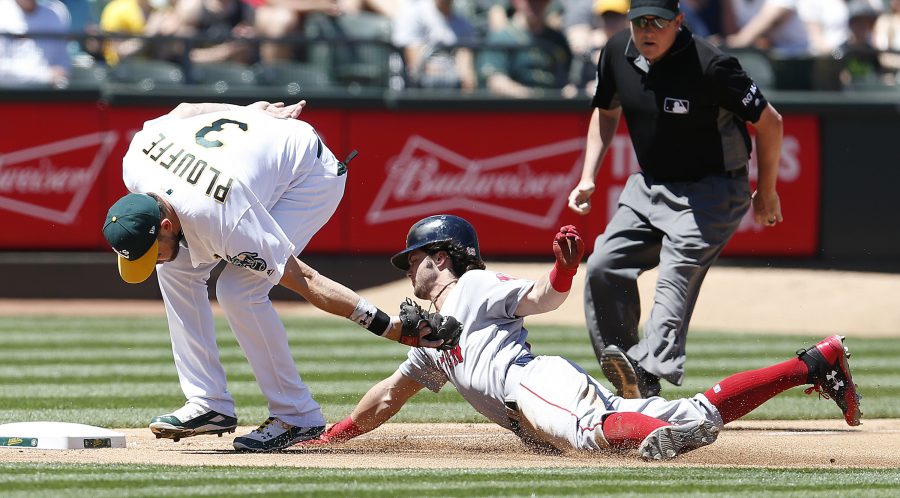 With the baseball season finally underway, it’s time to give a few tips about how to improve your fantasy baseball teams for the rest of the season. Given we’re about two weeks into the season,  buy low/sell high players can now be indentified. Let’s get into it.

Oh boy, the Red Sox bats are cooking.  After a 14-1 drubbing of the Yankees at Fenway last Tuesday, the new look Red Sox are off to an absolutely blazing hot start. After dropping the opener, the Sox have won nine in a row and lead the AL East by two games. While Mookie Betts, Xander Bogaerts, Hanley Ramirez and Rafael Devers have been leading the offensive charge, rookie sensation of last year Andrew Benintendi appeared to hit a bit of a wall early on. Heading into last night, Benintendi was batting a mere .160 with only one extra base hit (which had, coincidentally, come the night before). However, Benintendi began to look like his old self last night. He had two extra base hits, doubling his total on the year, including a two-run triple which helped get the offense started. It looks like Benintendi was merely in a small slump rather than against the wall that many players seem to hit in their sophomore campaign. I’d hop on “Benintendi Island” sooner rather than later and snatch him up for the cheaper price before he begins to rake as the season goes on.

Elvis Andrus has looked great early on in the season, with his batting average hovering right around the .350 mark and his OPS nearly at 1.000 (.959). He has also gone yard twice already in the young season. However, look deeper into Andrus’ numbers and things get a bit sketchy. He’s gone 1-10 in his last three games (albeit the one hit happened to be a home run) and saw his average fall around 30 points in that time. Andrus has never had an OPS of over .808 in his career, and before last season (when he hit 20) had never even hit more than eight home runs in a season. It would be surprising for him to keep up this level of power (his slugging percentage is around 0.531, over 70 points higher than his career best and nearly 200 points higher than his career average) for the entire season.