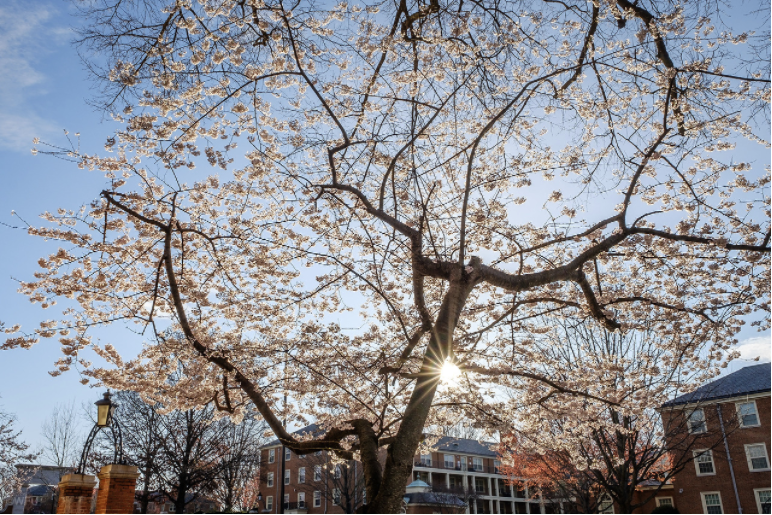 As a signatory of We Are Still In, a climate coalition of American businesses, states, cities and universities dedicated to working toward the goals of the 2015 Paris Climate Agreement, Wake Forest is continuing its efforts to reduce its carbon emissions.

“In signing it, we’re saying we want to be responsible actors to preserve our planet,” said President Nathan O. Hatch in an interview. “What does that mean? We have to continue to work to that end.”

In 2015, 195 nations signed the Paris Climate Agreement to take a collective step to stop the Earth’s temperature from rising above 1.5 degrees Celsius by 2100, although it has already increased by 1 degree Celsius since 1900. A failure to stop rising temperatures would result in even more extreme weather events and more rising sea levels.

In the Paris Agreement, the U.S. pledged to cut its carbon emissions by 26 to 28 percent of the 2005 levels by 2025 and committed to providing $3 billion in aid to poorer nations by 2020. On June 1, 2017, President Donald Trump announced that he intended to pull the U.S. out of the Paris Agreement. Various subnational groups, including We Are Still In, formed in reaction to Trump’s move.

“Together, we will remain actively engaged with the international community as part of the global effort to hold warming to well below two degrees Celsius and to accelerate the transition to a clean energy economy that will benefit our security, prosperity, and health,” reads the declaration of the We Are Still In coalition, the members of which represent $6.2 trillion of the U.S. economy.

“President Hatch publicly affirmed our commitment to addressing the very real threats posed by our changing climate with his signature on the list,” wrote Katie Neal, a university spokesperson, in an email.

The university’s signature in We Are Still In means that Wake Forest will continue its sustainability efforts, said Dedee DeLongpré Johnston, chief sustainability officer.

“There are three things,” Hatch said. “It’s the continuing to help to make our [carbon] footprint institutionally sustainable, continuing to help all of us live a lifestyle that is sustainable, and then having academic programs so that more of our students leave the university with sound knowledge of what’s happening in the world.”

Wake Forest has been working to improve the carbon footprint of its campus for years.

“Facilities organizations have always been change agents in that,” said John Shenette, the vice president of Facilities and Campus Services. “We have to be.”

“A lot of what’s driving the change on campus is efficiency and saving costs,” said Justin Catanoso, a journalism professor at Wake Forest who is a regular contributor at mongabay.com, an environmental news organization. “It accrues to a smaller carbon footprint, which helps in climate mitigation — that’s the end game.”

One aspect of the effort to reduce the carbon footprint of campus is improving the efficiency of the infrastructure and buildings on campus. In doing so, the amount of electricity that is used is reduced. According to an Environmental Protection Agency report from 2016, electricity generation accounts for the largest share of greenhouse gases, at 31 percent of greenhouse gas emissions since 1990.

The installation of LED lighting is an improvement being made in the interiors and exteriors of buildings across campus.

“A typical interior lighting conversion saves about $35 a year in energy use,” said Doug Ecklund, the Building Systems manager. “By the end of this summer I will have been involved in about 3,500 LED conversions.”

Additionally, the renovations of residence halls Poteat, Huffman, Kitchin and Davis included efficiency and sustainability improvements. Taylor and Efird are slated to be renovated following graduation this year.

Occupancy sensors allow lights and temperatures to be changed when people are not in the room and have resulted in a 20 percent decrease in electricity usage. The ability for Facilities and Campus Services to adjust room temperatures remotely during breaks has also been installed.

The people within these buildings also play an integral role continuing Wake Forest’s sustainability efforts along the lines of its commitment to We Are Still In.

“That’s when you can actually affect change, when you put that many people together,” Catanoso said. “We’re not going to get to the goals of the Paris Agreement without the United States doing everything it can.”