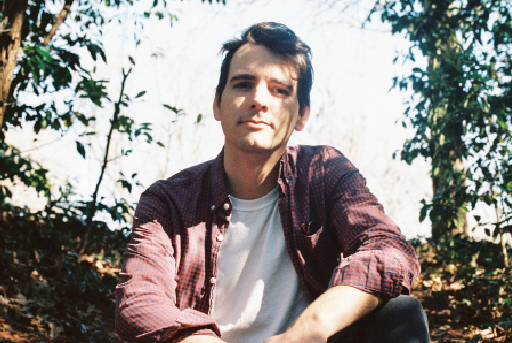 With a melodic blend of bluegrass and folk, Nathan Evans Fox’s new album Texas Dust explores everything from religion and love to family and wandering. An alumnus of Wake Forest (‘11), Fox provides 49 minutes of raw, rhythmic reflection with his second original album.

To begin with a disclaimer, I am not a fan of most of the music that falls anywhere along the spectrum of country. I never found the twangs of the guitar and small town troubles of the genre engaging, causing me to plainly decide that it just wasn’t “my thing.” Texas Dust, however, was able to key into those kinds of indescribably relatable feelings that come along with good music. Although I in no way have experienced the life that Fox has, his almost autobiographical songs can be identified through their universal description of being away from home. During our interview, Fox discussed the inspiration behind this collection of songs.

“This past year I worked in Houston as a hospital chaplain, and on top of being very far from what feels like home, chaplaincy can be really sad work. Meanwhile, back in [North Carolina], my Mom had petitioned the government for my grandfather’s military records and … I discovered this whole family story about loss and grief,” Fox said. “From that newly uncovered information, I began to piece together the ways this whole event that happened decades ago has impacted my family and my own sense of self. So the album is this huge mix of personal experiences and family stories and frustrations with my own religion and how all these different threads got knotted up together in this one year in Houston.”

The album is truly an homage to his family and life. For instance, the album artwork includes an old polaroid photo of his grandfather, giving off a poignant feeling of nostalgia. Continuously, lines like “when we dug that grave in Shreveport, we lost it all,” alude to both his own personal experiences and his grandfather’s life.

Texas Dust is also much more in-touch with the down-to-earth roots of folk music than I would have expected. Reminiscent of a slower version of The Lumineers, songs like “Quicksand” dive into the feelings of falling in love and “Texas Dust” delves into the experience of American soldiers returning from foreign wars. With the pleasant presence of violins, guitars and even mandolins, the songs pointedly elicit the feelings of being at home, however one defines it, in contrast to being a wanderer — something that Fox himself was feeling in Houston.

“I think I’m most grateful that music has provided a way for me to make sense of so much chaos, whether it’s sorting out traumatic family stories or confused feelings and negative religious experiences, or how to better love my partner,” Fox said.

Since this is only Fox’s sophomore album, his career as a musician is just beginning to take off. With a modest follower base on social media and Spotify, he can also be found performing his music in multiple different cities, mostly spanning the Southern region of the United States.

“I’m still a bit of a rookie, so the first album was my fledgling attempt at a first, wobbly step,” Fox said.  “The learning curve since then has been steep, so this new record, I hope, reflects some of the things I’ve learned since then. Even more than the the technical competency I’ve gained, I think I’ve started to find my lane and identity as a songwriter and musician. It feels like a kind of ‘coming into my own.’”

Much of Texas Dust, and his previous album Home, revolve around Fox’s identity as a North Carolinian, which was strengthened during his time at Wake Forest. He said that coming into that persona allowed him to embrace his love for folk, as well as his ability to communicate through it. Furthered by friendships surrounding music, Fox’s college years served as a stepping stone into the professional community of music making.

Ultimately, Texas Dust is a beautiful, simple compilation of stories that vocalize a single, yet common, human experience.

“I hope people enjoy what they hear, and find in it whatever meaning they might find helpful. These are mostly sad songs, so I also hope folks counter it with something fun every once and awhile,” Fox said.