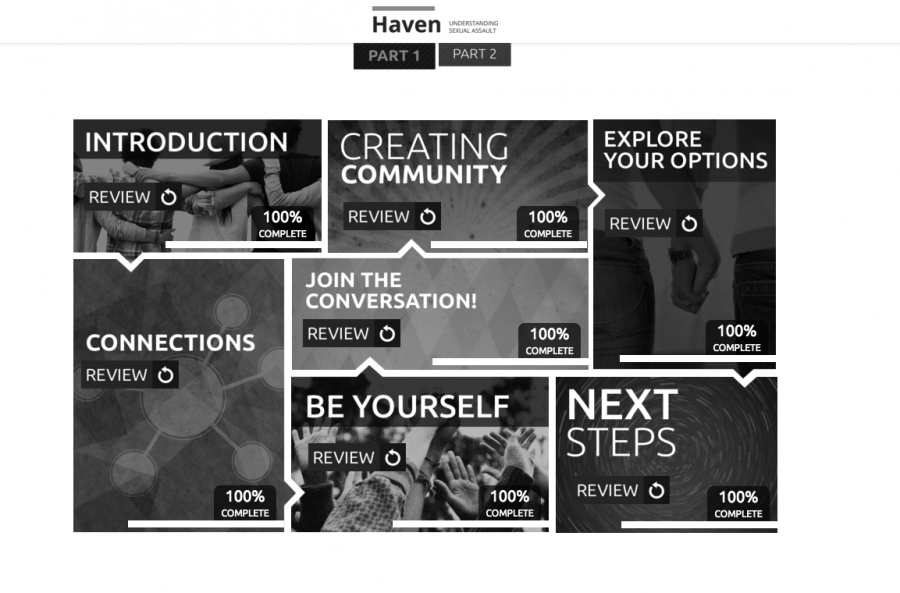 In the first phase of a new administrative effort to tackle the issue of sexual assault on campus, students are required to complete the first half of HAVEN, an online sexual assault course aimed at educating students, by Monday, Nov. 16.

“Sexual assault is a significant challenge for universities and colleges nationwide, seriously affecting the health, mental health and academic success of students,” Title IX Office coordinator Tanya Jachimiak said. “Although the problem of sexual misconduct is not unique to Wake Forest, we are continually reevaluating our prevention and awareness efforts.”

Jachimiak became the university’s first full-time Title IX coordinator last November, and has since been a resource for student survivors of sexual assault and a proactive advocate for raising awareness on campus.

The HAVEN course is distributed through EverFi, an online curriculum company which also offers courses on alcohol abuse and hazing safety for Greek life. Students will be expected to complete part two of the HAVEN course by Feb. 16, 2016, which includes a follow-up test to assess how much students retained from the first part.

“HAVEN is an opportunity to continue a conversation about sexual assault, relationship violence and stalking with all members of our Wake Forest University community,” said SAFE Office Coordinator Beth Montplaisir. “It provides information and tools to build on our foundation for informed conversations and a consideration of our personal skills, values and opportunities to make a difference.”

In addition to the online portion, all first-year students are required to complete bystander intervention training as an extension of first-year orientation. Students choose whether the topic of sexual assault, alcohol abuse or mental health holds the most personal relevance.

The SAFE Office partnered with students to prepare the sexual assault portion of bystander intervention, and PREPARE student advocates will be leading the sessions, allowing for a more personalized discussion about the prevalence of the issue on campus.

“The focus on community with a message of, ‘how did we let this happen’ rather than, ‘how did you let this happen’ embodies the pro humanitate spirit and emphasizes the ability of each individual to make a difference within our community,” Montplaisir said.

Montplaisir feels it is important for students to take the opportunities provided to reflect on how the Wake Forest community addresses difficult issues such as sexual assault. She emphasizes that the bystander intervention training is not a repeat of the information covered in the HAVEN online course; it equips students with an additional space in which to discuss the issue.

“The bystander intervention training on sexual assault expands on concepts and strategies introduced in the Haven online course,” Montplaisir said. “Students are challenged to consider the presented information within the context of the Wake Forest student experience and personalize the issues by considering the impact that each of us can have as we prevent sexual assault from occurring and support survivors within our community.”

Last year’s Annual Fire and Crime Report, released in late September by the Wake Forest University Police Department, showed an increase in the number of sexual assaults reported on campus. There were 10 reported incidents in 2014, eight more than were reported in 2013. However, students should not immediately interpret this statistic as reason for alarm about campus safety.

“With heightened national awareness of the problem and several private reporting options available at Wake Forest University, including the Title IX Office, survivors have been more willing to report,” Jachimiak said. “We are learning more about the scope of the problem; we have no indication that the scope is increasing.”

Wake Forest is not the only university in North Carolina to show an increased number of reported incidents of sexual assault. Both UNC-Chapel Hill and Duke University also recorded more incident reports in 2014 when compared to 2013.

“Even though the data shows that more incidents are being reported, it is actually wonderful that people are coming out and are strong enough to share their experiences in order to get help, because otherwise the issues won’t get solved,” said freshman Frances Jay.

As a part of the HAVEN course, students will be asked to complete an anonymous survey about their personal experiences with sexual violence, so that Wake Forest University will be better equipped to address the issue as it relates to the student body’s experiences as a whole.

“Aggregate information from the survey will help inform the university’s future prevention efforts to end sexual assault and other forms of sexual misconduct,” Jachimiak said.