Young Quarterbacks in NFL Draft Will be Stars 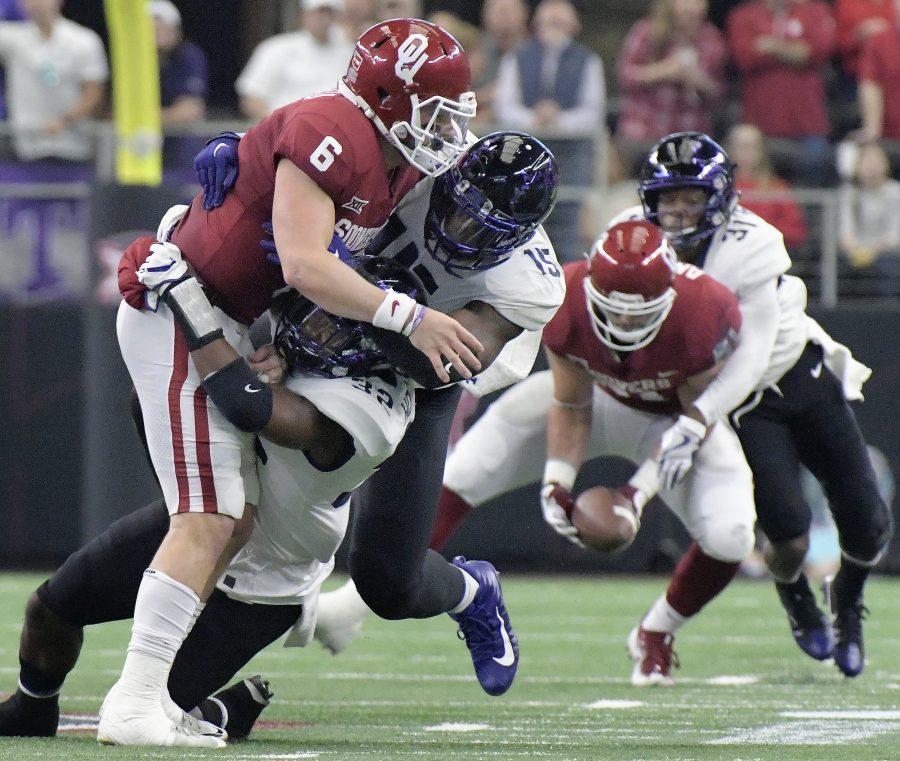 There is always some position that is absolutely loaded and debated in a draft, and there is no question that this year it’s the quarterback position. Two highly-debated Heisman winners, two PAC 12 stars and a Wyoming cowboy make up the lot of this debate.

A main reason why this debate is on the foreground this year is that there are not only high quality QBs, but  also teams in need of a franchise-worthy leader. From the Cleveland Browns to the New York Giants, the Jets to the Broncos, teams will go head to head to grab their favorite quarterback before their time ticks away. This year, at least a quarter of teams are in need of a quarterback for the future, some even for the present. From their Wonderlic scores to their 40 times, each quarterback brings a unique set of traits to the table that has to mesh with their potential franchise. So, what makes each quarterback unique? Why should they become the new stars of these teams?

I watched an episode of Sportscenter the other day in which Baker Mayfield was debated for upwards of 10 minutes — that’s what we are dealing with here.

The summary of this debate was that two NFL general managers, both in need of a franchise QB, had two directly opposing views of him. One GM said he was the best quarterback in the whole draft, the other said they were staying far away due to character.

In short, that is the heart of the debate. He is evidently good, winning the Heisman as one of the most efficient and accurate passers ever to play at the college level. At six feet tall with a bit of an attitude problem, Mayfield will most likely slide down the ranks a little before finding his new home.

Jackson is another Heisman winner and another debate at that. Given his style of play, there has been ample talk in this draft about Jackson playing at the next level in a position other than QB. He has always been known as one of the best dual-threat quarterbacks to play in college, so it wasn’t that much of a step to look towards his skills on the ground.

The main quality that separates him from the pack in terms of draftability is his boom-or-bust propensity. Jackson does magical things on the ground and outside of the pocket, but we saw how that ended for RGIII, so does a team want to take that chance on the future of their team?

Someone will take him, and take him early, as the raw talent and athleticism is there and his passing accuracy will continue to improve, it sure will be interesting to see how it all pans out in the end.

At 6’4 and 225 lbs, Darnold stands tall and with authority in a way that Jackson and Mayfield don’t. His best trait is his ability to make throws under pressure. He is able to read the receivers downfield even with a collapsing pocket which is a good trait to have going into the League.

A main concern with Darnold, however, is his decision making. He had a horrendous turnover ranking as a junior, something that would continue to progress against elite competition. In comparison to some of the other quarterbacks in this draft, Darnold would need a little time to focus on the basics, so he will need a team who has a bit of time to get the best out of him. In a few years he could be an elaborate playmaker on Sundays.

Natural ability. That’s what is shouted at you when you look at the name Josh Allen. Physically, he is your dream NFL quarterback — 6’5”, 240 lbs with a strong arm. However, no one ever thought about Wyoming as a star football program, so how was this perfect specimen of QB been so quiet throughout his college career?

He had flashes of brilliance in his senior year bowl game and in the senior bowl as well, but overall his college career was flanked by missed opportunities. His perfect build is diluted by poor pocket management, questionable decision making, and an overall lack of polished play.

With the right training and a lot of skill work, he could come together as a great quarterback in the future, but it will take a team who is willing to take a gamble and who believes he can fit in with their scheme a few years down the line.

The main concern here is injury risk. A history of concussions and a shoulder surgery in 2016 has inhibited solid stretches of playing in the past, and one can only fear this would continue into the league. Regardless, Rosen is the epitome of a pocket-passer, he simply stands tall in the pocket and places the ball well.

His spin on the ball is one of the best in the recent past, making his overall lack of elite arm strength a distant memory due to his skill in placing the ball into really any window. He is used to having the pocket collapse on him, making quick decisions and throwing well under pressure, all things that will serve him well in the League.

If he can manage to stay healthy, he is an elite quarterback for years to come.