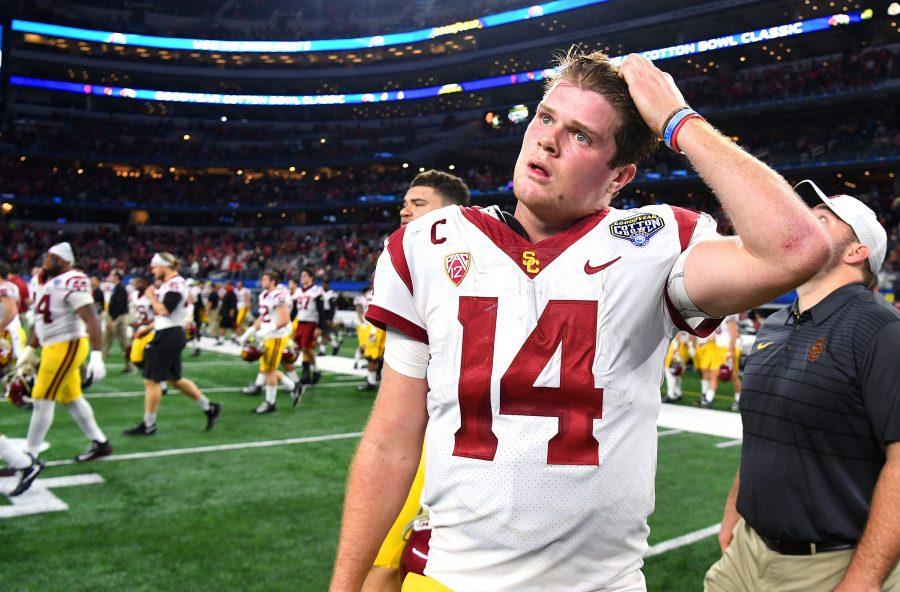 This year’s NFL Draft is possibly the most dynamic in recent years with a plethora of trades in the first round already.

Expect the Browns to take their favorite quarterback first overall. All indications point to that being Darnold, who has shown an understanding of the position incredibly advanced for his age, such as his ability to throw receivers open in coverage and work through his receiver progressions. Fun Fact: since 1999, the Browns have had 26 different starting quarterbacks, which is the most in the league.

Rosen has been touted as the most pro-ready and polished quarterback in the class. Scouts take issue with his uninspiring demeanor and question his commitment to the game. That should not stop the Giant’s new regime from looking for their next franchise quarterback.

After trading up it is clear the Jets want a Quarterback. Mayfield lacks elite height and hand size which are two big no-no’s for a quarterback prospect. Still, his college production is off the charts and he apparently aced the interviews and the white board room at the combine.

Barkley can do everything expected of a three-down running back very well, and his combine numbers are elite: 6’0” 233lbs with a 4.40 40-yard dash, 41 in vertical leap, and 29 reps on the bench. He is being heralded as the greatest running back prospect of his generation, the best since LT. This being said, expect Cleveland to trade down as someone (Bills) will likely move up to draft a QB before Denver is on the clock.

Allen is like Frankenstein’s monster in that he is an elite physical specimen that does not know how to play quarterback. There are several obvious red flags on his resume — notably terrible college production, poor accuracy and raw footwork. However, his is also tall, has a rocket arm and looks good in shorts. Don’t be shocked if a team falls in love with his potential and takes him in the top five. Stats are for losers.

Brother of former Wake Forest linebacker Brandon Chubb, Bradley is by far the best defensive line prospect in his class. He has a prototypical build — 6’5” 270lbs — and ran a 4.65 40 yard dash, which for his size makes him a freak of nature. Recently Von Miller described Chubb as “Khalil Mack and myself combined.”

The next in a long line of elite Crimson Tide safeties, Fitzpatrick is versatile enough to play any defensive back position and has been heralded by Nick Saban for his high motor in practice and described as the “perfect locker room player.”

Guards do not usually get drafted in the top ten, but Nelson is probably the best prospect at the position in the last five years. He is a physical mauler at left guard that punishes defensive linemen until he “takes their will.” Google his block against Georgia last season if you want to see a blitzing safety get nearly bisected.

Ward is far and away the best man cover corner in the draft and ran a 4.32 40-yard dash. This alone is enough to solidify him as a top draft pick. The 49ers did just sign Richard Sherman, but his contract is mainly incentive based and you can never have too many corners.

Smith is more refined and accomplished than Edmunds. He’s not as elite of an athlete, but he takes far better tackling angles and excels in pass coverage. He played out of his mind in the Rose Bowl, showcasing his strength at the point of contact. Coach Gruden will love to plug this grinder into his front seven.