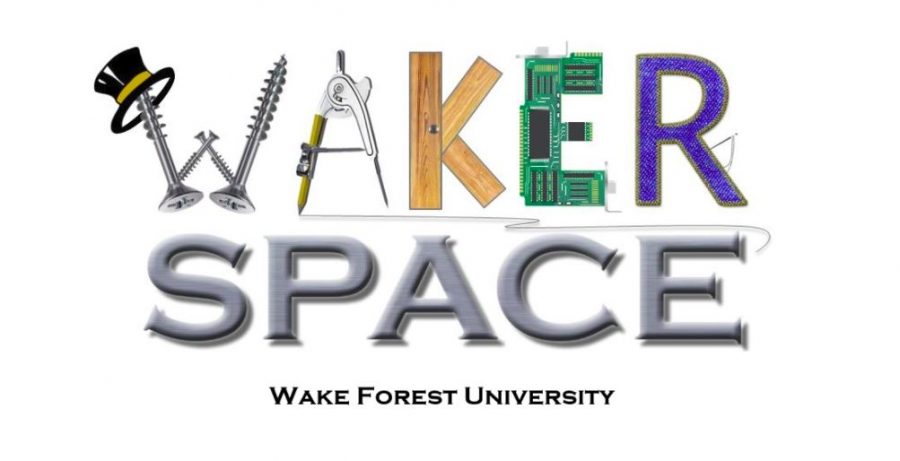 A drill press, a 3D printer, a laser cutter and sewing machines: these are just a few of the tools that will be available to students as soon as next semester, following the creation of a “WakerSpace,” a makerspace that will be centrally located in the old Student Health trailers in the Q parking lot.

The last of the 15 ACC schools to establish a makerspace, Wake Forest’s “WakerSpace” will follow a hub-and-spoke model, allowing students to not only build physical projects, but also to learn life lessons such as cooking, doing taxes and reading contracts, through workshop partnerships with Aramark, Facilities and other departments across campus.

“As an engineering student, the addition of the makerspace will allow me to pursue personal projects related to engineering, but I can also see the space being used for class projects and even research,” said freshman John Hobson, who advocated for the space at an open forum last month, citing that he wanted the chance to build a trebuchet with friends.

The need for a makerspace on campus was identified in the fall of 2015 by the Technology Innovation Program (TIP), a group of students whose goal is to identify the potential for technology-based innovation on campus, such as establishing better wifi on the quad. After identifying the need for a makerspace, TIP students presented their ideas to various administration members on campus, which eventually led to the creation of a Steering Committee comprised of faculty and staff members dedicated to the idea.

“I think students will benefit from the Makerspace in so many ways,” said junior Sarah Kate Thomas, who will act as president of an informal Makerspace club in the fall. “You don’t have to be a STEM major to use the Makerspace. If there’s anything you’ve ever wanted to build or learn how to make, the Makerspace will be the perfect place for that.”

The steering committee is comprised of Dean of the College Michelle Gillespie, Associate VP for Strategy and Operations Emily Neese and Associate Vice President for Facilities and Campus Services John Shenette, among others. It hosted an open forum earlier this semester, led by Provost Rogan Kersh, to hear ideas and concerns from the community regarding the WakerSpace idea. The forum was attended by faculty and staff members, as well as students, from departments ranging from humanities to STEM fields.

“I decided to attend the makerspace forum because I knew that my perspective might be valuable as a student who’s interested in tackling more complex engineering problems that might require more technical/construction skills,” Hobson said. “I am personally pretty handy with tools, but specific training and access to these tools, as well as spaces to work in, would be extremely valuable.”

Earlier this month, a trial workshop was hosted in which students made wooden tic-tac-toe boards with a drill press and CNC tool. Future projects could include printing 3D bones through the anthropology department or establishing a “Bakerspace” for students to gain experience in the kitchen. This week, a second trial workshop will allow students to build night lights and gain experience with Arduino, an open-source electronics platform.

Just last week, a two-year lease was officially signed to allow the trailers in Lot Q to be used for the WakerSpace, sharing with a few temporary offices. Depending on the availability of construction workers over the summer, the space may be ready for students to use as soon as the fall semester.

“I think the student body would really benefit from a space that is so incredibly hands on. Taking something out a textbook, and replicating what that thing is can be so beneficial to the learning process,” junior Elizabeth Hall said. “Eventually, I hope that this is a space that people feel comfortable trying new things and seeing their own ideas become a reality.”