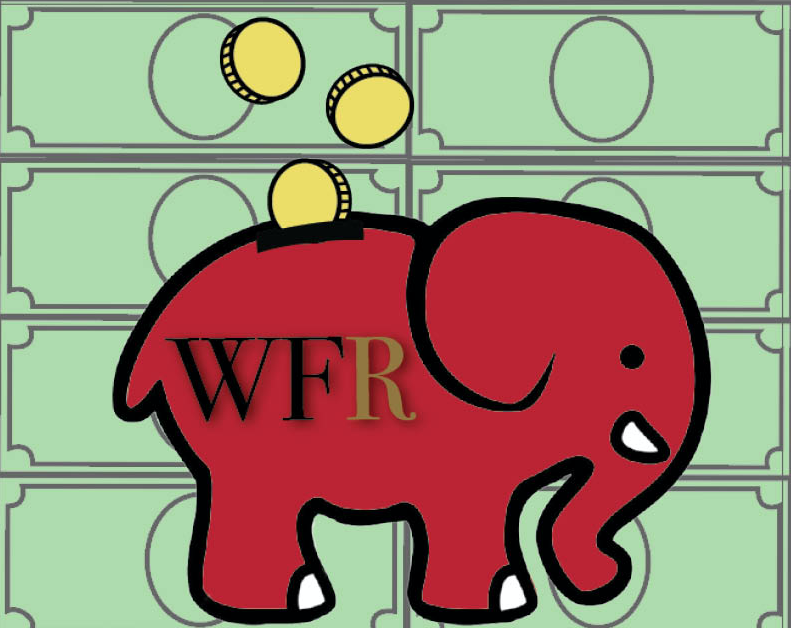 “I think there are a number of reporters and journalists at the Wake Forest Review that are interested in practicing good, fair, accurate journalism, which they do,” said Justin Catanoso, a journalism professor at Wake Forest. “[However], the fact that their newspaper is sponsored by a very partisan, politically astute and ideologically-driven group of donors and institutions really calls into question how independent that independent newspaper can be. When you lose that independence, you lose your credibility.”

The Wake Forest Review was founded by a group of students looking to, according to their mission statement, “question progressive thought and preserve conservative principles by providing fair and enlightening journalism that educates the community from a libertarian and conservative perspective.”

“When we first started the Review a number of administrators, including the Dean of Students and Provost, suggested that we become a chartered student organization,” said Ryan Wolfe, the digital director of the Review. “Ultimately, we decided to become a 501c3 non-profit corporation as we had concerns about the potential for biased oversight.”

“We started in the fall of 2016, and the initial funding we went to was the Collegiate Network, because they do a lot of different independent, conservative papers on college campuses,” Palumbo said. “The Collegiate Network basically said, ‘These are our papers and this is our network.’ So I send them emails and say, ‘Can you tell me a little more about your flow, how do you run things?’ There were a few conversations that we used to shape how we are.”

Palumbo added that the Collegiate Network has not directly influenced the Review in their editorial process, offered stories to report on or provided specific language to follow. In addition to grants from the Collegiate Network, the Wake Forest Review is also funded by various anonymous donors, alumni and community members.

“We keep our donors private because they have a reasonable expectation of not having donations to a 501c3 publicly disclosed,” Wolfe said. “If individuals would like to publicly disclose that they have supported us, we encourage them to do so.”

The Review is also guided by a Board of Directors, including Republican voices such as Brooke Burr, the wife of Senator Richard Burr (R-NC), and Todd Poole, the District Director for Republican Congressman Ted Budd (NC-13). The nine-member board also hails three Wake Forest professors: Professors Tom Brister, Allen Louden and Robert Whaples from the politics, communications and economics departments respectively.

Harry Bradley, of the Bradley Foundation, was an original founder of the far-right John Birch Society along with Fred Koch. The Foundation has helped fund voter suppression billboards in Wisconsin, anti-Islamic organizations (the Center for Security Policy, the Middle East Forum, and the David Horowitz Freedom Center) and challenges to civil rights — to name a few.

Similarly to other Collegiate Network publications, the Wake Forest Review openly embraces its position as a conservative publication on campus. By writing stories such like “Wake Forest Declines to Enforce Harassment Policies for Conservative Student,” “How Wake Forest Turned to the Left” or “How to Survive College as a Conservative,” the intended audience and readership is clear for other conservative students and faculty on campus. In addition to writing stories about their political beliefs, the Review has also hosted conservative visitors such as North Carolina Lt. Gov. Dan Forest and U.S. Rep. Mark Meadows (R-NC) for visits and as official speakers.

Palumbo also noted that their role models throughout the process were the Dartmouth Review and the Carolina Review — both members of the Collegiate Network. Similarly to the Wake Forest Review branding itself as “The Independent Newspaper at Wake Forest,” the Dartmouth Review lists itself as “Dartmouth College’s Only Independent Newspaper.” The Carolina Review is self-branded as “UNC’s Journal of Conservative and Libertarian Thought.”

Recognizing the potential for donors to influence a publication, Palumbo added that organizations must be wary of where their funding comes from. When pushed on the issue of dark money donations to the Conservative Network and its parent organization, the Intercollegiate Studies Institute, Palumbo noted that they aren’t the only ones to accept this kind of money.

“I think there’s dark money on the left and dark money on the right, and it’s important that people understand where money is coming from,” Palumbo said. “I also think that, as an organization, when you accept money from a foundation you just have to be cognisant of what kind of restrictions they’re putting on you, if any.”

Still, students on campus find the relationship between the Wake Forest Review’s donors, the Board of Directors and the Collegiate Network clouds  the Review’s ability to produce journalism.

“Regardless of one’s opinion of WFR, having donors and a board with a singular unified political intention makes you question the journalistic integrity of the publication,” said junior Laura Critz, a journalism minor. “There’s no way for readers to know if it’s truly the opinion of the Review or if it’s motivated by financial gain for the publication.”