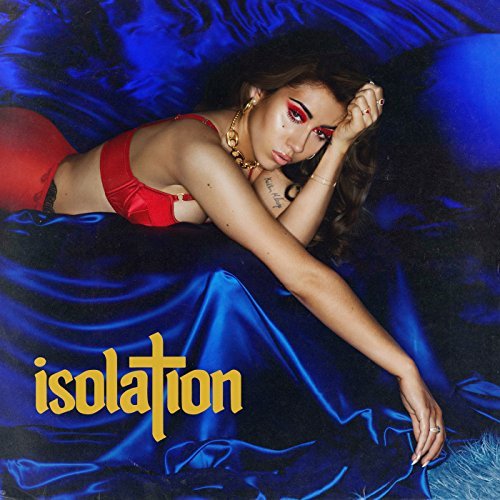 A beautiful mix of jazz, R&B and pop, Kali Uchis’ Isolation has finally arrived. Released on April 6, the debut album showcases both Uchis’ immense vocal talent and her unique form of switching between English and Spanish when vocalizing.

Isolation begins with a two minute introduction coined “Body Language.” It is hard to describe exactly how I felt when I first sat down to listen to the album — the song is dreamy, sexy, mysterious and somehow so weightless. Seamlessly setting the stage for the rest of the album, “Body Language” brings the listener in touch with Uchis’ free-spirited mindset.

Out of the next 14 tracks on the album, almost every single song is worth mentioning. They all work to highlight her ability to shift between different genres, with the common theme of her unique style at the core of the songs. For the purposes of this article, I have painstakingly been able to nail down my top songs, each showing off a different side of Uchis.

Featuring Steve Lacy, “Just a Stranger” is a stellar example of Uchis’ slight adaptation of R&B. Telling the story of a golddigger trying to seduce an older “stranger,” Uchis flips the scenario and portrays the woman as powerful and in command of her individuality. The inclusion of Lacy’s vocals, representing the older man, alongside Uchis’ graceful voice makes the chorus “she wants my dollar bills, she don’t want love” especially upbeat.

Next is “Your Teeth In My Neck,” which represents Uchis’ identity as a musician. The song breaks down the way that the music industry threatens her specific vision as an artist, evident with the line “kill us all off, they’d take our worth they pay us dirt / Is it worth it?” Along with the pressing lyrics, the background track and vocals are a typical Uchis sound.

Influenced the most by her Colombian roots, “Nuestro Planet,” featuring Reykon, is the only song on the album that is completely in Spanish. As I am from Miami, I personally find something very comforting about the bilingualism that could easily be looked over in her music. Purposefully placed halfway through the album to reinforce this aspect of her identity, the song is both catchy and reminiscent of many other Latin musicians. “Miami” and “Tyrant” also incorporate some Spanish into the lyrics, which becomes a key part of her identity as an upcoming musician.

Continuing with the theme of variety, “In My Dreams” is simply a really fun song. Beginning with a lively techno introduction, the song’s first line is “I’m feeling happy inside, I’ve got no reason to hide, I’m a dream girl.” During its three-minute duration, I can’t help but smile and resist the urge to dance in my chair. With heavy “pop” influences, the song reminds me of a more positive Marina and The Diamonds or Lily Allen.

Although it is not the last song of notoriety, “After The Storm” is the best example of Uchis’ eclectic approach. With a beat much like “Body Language,” jazzy vocals and Tyler the Creator’s rapping, the song represents the ways in which Uchis is working to reinvent pop.

Ultimately, Isolation could not have been a better debut album for Uchis. Along with her features on multiple Tyler the Creator songs, Daniel Caesar’s “Get You” and Gorillaz’s “She’s My Collar,” Uchis has established herself as a talented, inventive artist in a time when music has become unexceptionally similar in its sound.