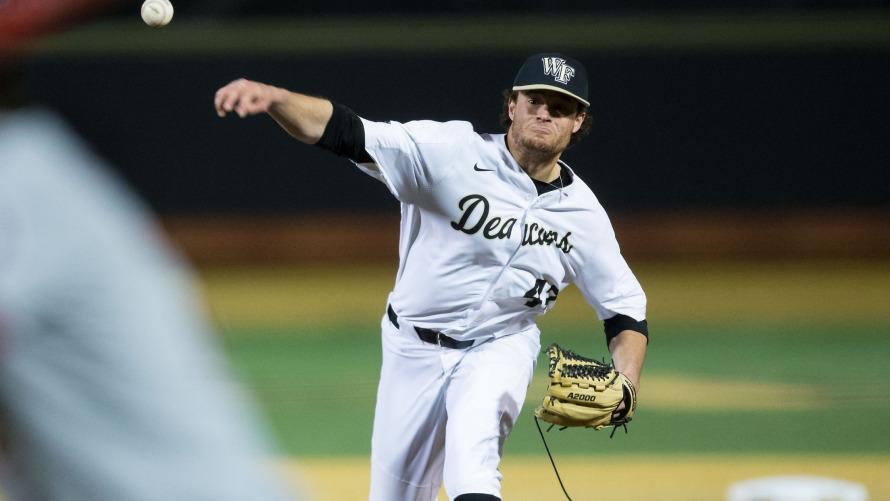 After an encouraging stretch that saw the Demon Deacons win four straight games, including a sweep at ACC foe Boston College, it appeared as though a late NCAA tournament push could be on the horizon. These hopes were quelled over the weekend, however, as Clemson swept Wake Forest in three close games.

The Demon Deacons now rank 89th in the NCAA according to RPI ratings, pushing NCAA tournament qualification farther out of reach.

Earlier losses to Liberty, Elon and Charlotte loom large at this point in the season, as despite having upset multiple top opponents, Wake Forest’s RPI takes a substantial hit due to these uncharacteristic performances against mediocre teams.

For context, in 2017 Wake Forest boasted a 42-18 record, earning them the eighth overall seed. To date in 2018, their record sits at a disappointing 18-23. In fairness, this roster is far more inexperienced than last season’s roster, as multiple players either graduated or were selected highly in the 2017 MLB first-year player draft.

One factor that hobbled the team early in the season was the loss of veteran depth, as redshirt senior pitcher Chris Farish, senior utility player Keegan Maronpot and redshirt junior infielder Bruce Steel were suspended in February for undisclosed violations of athletic department rules.

The trio returned to the roster on Thursday, April 19, and will add some much-needed depth to the Wake Forest roster during the home stretch of the 2018 season.

Farish posted a 5.89 ERA in 2017 and Maronpot hit at a .214 clip in 2017, so neither player will be a make-or-break addition to the roster, but their depth and experience will be appreciated. Steel, however, managed a .540 slugging percentage in 2017 and hit 13 home runs, so his bat will add a bit more pop to a lineup that has not hit the ball over the fence as frequently as it did last year.

Though some of the team’s performances have been forgettable, one bright spot has been the continued dominance of junior starting pitcher Griffin Roberts, who possesses a 3.04 ERA through 10 starts.

Roberts, who served as Wake Forest’s closer last year, made the switch into the rotation at the beginning of this season and quickly established himself among the elite NCAA starters.

His 12.67 K/9 is only a tick down from the 13.5 K/9 mark he posted last season in the bullpen. Posting such a high K% as a starting pitcher proves that Roberts is capable of inducing swings-and-misses multiple times through an opposing batting order.

He also averages over seven innings pitched per start, reiterating the fact that he has adjusted exceptionally well to his new role.

Unfortunately for Wake Forest fans, but fortunately for Roberts, this level of dominance caught the eye of MLB scouts, and Roberts will likely be picked early in the second round of the MLB first-year player draft this summer.