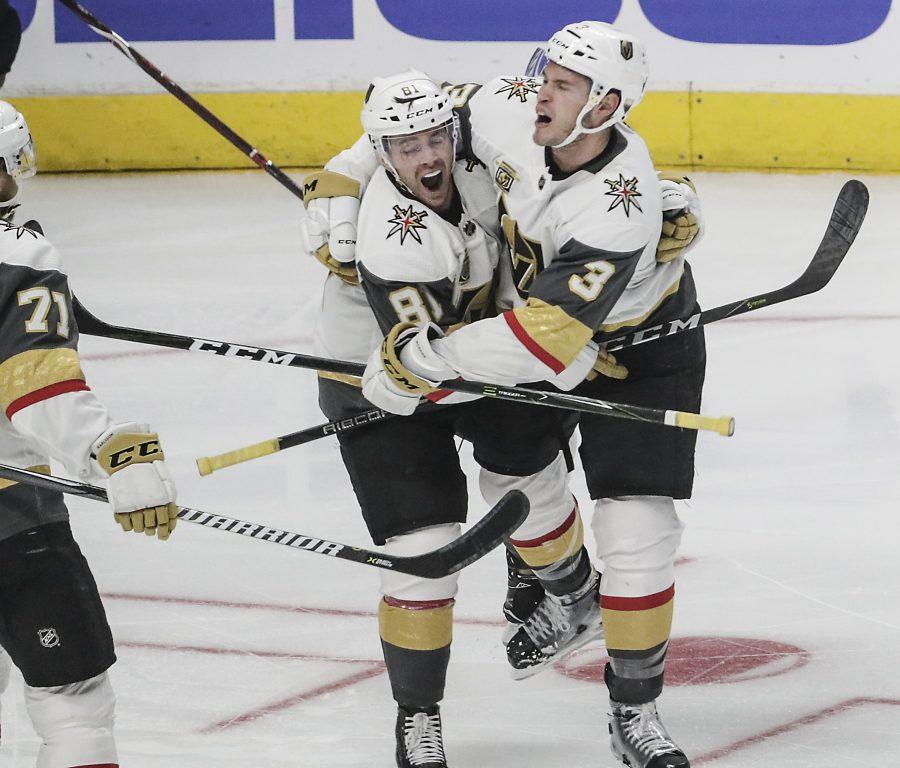 The NHL playoffs are in full-swing and it has been a fun one. Between straight-out sweeps completed by various Western Conference teams and intense battles between others, it will  be interesting to see who makes it out of this round and onto the next.

In the Western Conference, one of my favorite stories has to be that of the Las Vegas Golden Knights. In their first year of existence they completed a sweep of the once-supreme Los Angeles Kings, giving them a lifetime playoff winning percentage of 1.0 — just simply absurd. Fellow West Coast team, the third-seeded San Jose Sharks, swept the second-seeded Anaheim Ducks in a California battle. The deciding factor in this series was the lack of stellar goaltending that the Ducks normally possess with John Gibson. Regardless, both the Golden Knights and the Sharks will have plenty of time to recover before their next series. Aside from one dominant win, the Wild were basically manhandled by the Jets, who won their series 4-1. In the end, the Wild were simply  not able to contain the Jet’s impressive offensive abilities and that was the deciding point of this series. The only Western Conference series with any sort of competition was probably the least-expected one. The Predators were dazzling as expected, yet the Avalanche put up more of a fight than one may have expected, given the fact that they were the worst team in the league last year and the Predators started out with a 2-0 lead. In the end, the Predators came back strong after the Avs brought the series to 3-2 and moved on to the next round with a huge offensive performance.

In the Eastern Conference, no team was able to complete the 4-0 sweep, but the Lightning took care of business pretty easily, beating the New Jersey Devils in five games. The Devils’ mediocre defense was simply no match for the potent offense of the Lightning, hence a quick series between these two teams. The Original Six matchup between the Maple Leafs and the Bruins followed a similar path as the Avelanche/Predators series, with the Bruins coming out hot and then the games going back and forth between the teams making it a fight to the finish. The Capitals vs. Blue Jackets series is one defined by overtime, with the first three games all ending in either one or two overtimes. It appeared as though the No. 1-ranked Capitals were going to continue the trend of choking in the playoffs, to a wild card team at that, until they fought back to an even series at 2-2. This is a series to watch to the end for sure.

Last but certainly not least is the Pennsylvania matchup between the Penguins and the Flyers. The series truly oscillated back and forth between high-powered offensive surges, with barely any games coming down to a goal or two. The fan bases have made this even more interesting to watch, with the Penguins taking the series 4-2 with an insane 8-5 win in game six.

So far, the offenses of the Western Conference have impressed mightily, seen through the various sweeps while the fanbases in the East are making this even more interesting, and the close series are fun to watch as well. This first round has yet to disappoint. It should be interesting to see how things close out and how the second round progresses.