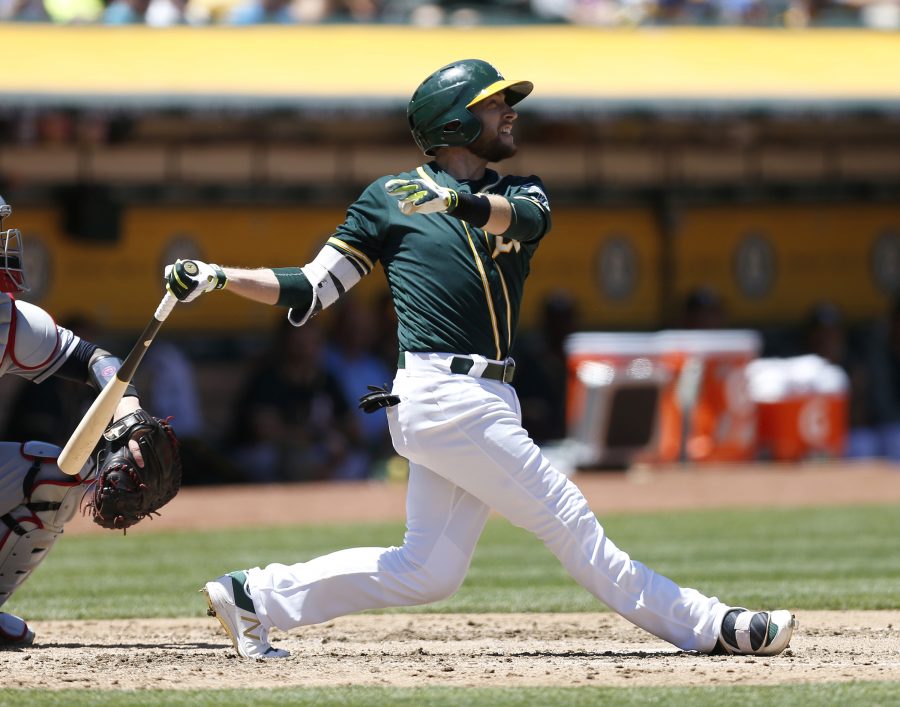 The Arizona Diamondbacks’ offense was one of the best in baseball last season, and even after the departure of J.D. Martinez, the D-Backs continue to light up opposing pitching. While star first baseman Paul Goldschmidt gets a lot of the praise (and rightfully so), this year another Arizona player is leading that charge on offense.

Pollock has only truly stayed healthy for one full season, that of 2015 where he was an all-star and set career highs pretty much across the board with a .315 batting average, 20 home runs, 76 RBIs, 39 stolen bases and an OPS of 0.865.

Pollock only played 12 games the next season, and was hurt for much of 2017 as well, playing in only 112 games.  Pollock showed flashes of his 2015 self, but didn’t get quite all the way there last year.

This year, however, Pollock has fully returned to form. Through 21 games, Pollock already has five homers, 17 RBI and six stolen bases while batting .282. His .OPS is also a career high .947. Pollock’s major improvement this year has been in the power department.

Slugging an impressive 0.603 and on-pace to hit more than 40 home runs, if Pollock’s power surge continues, he could be one of the most productive assets in fantasy baseball, even if he regresses towards his career averages.

The Oakland Athletics can sometimes seem like a Boston Red Sox b-team with the amount of players that have made the move from Boston to Oakland over the years, but Lowrie has been a pretty good success story for Oakland.

Lowrie had a solid season last year, batting .277 with 14 home runs, 69 RBI and most impressively 49 doubles. However, if you have Lowrie on your fantasy team this season, you’ve been in for an even better treat.

Lowrie has been absolutely raking in 2018, batting .363 with six home runs, eight doubles and 37 hits, leading the league in the latter two categories.

Given that Lowrie has a history of getting doubles, one would expect that to keep up, but the insane batting average and power hitting will almost certainly regress. Lowrie’s BABIP (batting average on balls in play) is a staggering .413, a massive indicator that the batting average will go down soon.

As for the home runs, perhaps it is possible that Lowrie made an improvement in his swing that allows him to hit for more power than previously, but it is extremely hard to believe that any player in his 10th year in the league will double his previous home run output, making it far more likely that, while Lowrie probably will set a career high in home runs, it won’t be more than around 20-25, a much more reasonable number than the near 45 home runs he’s on pace for.

While Lowrie will certainly have a good fantasy season, I believe the value one will get from trading him now will be much higher than in the future when his value inevitably falls.