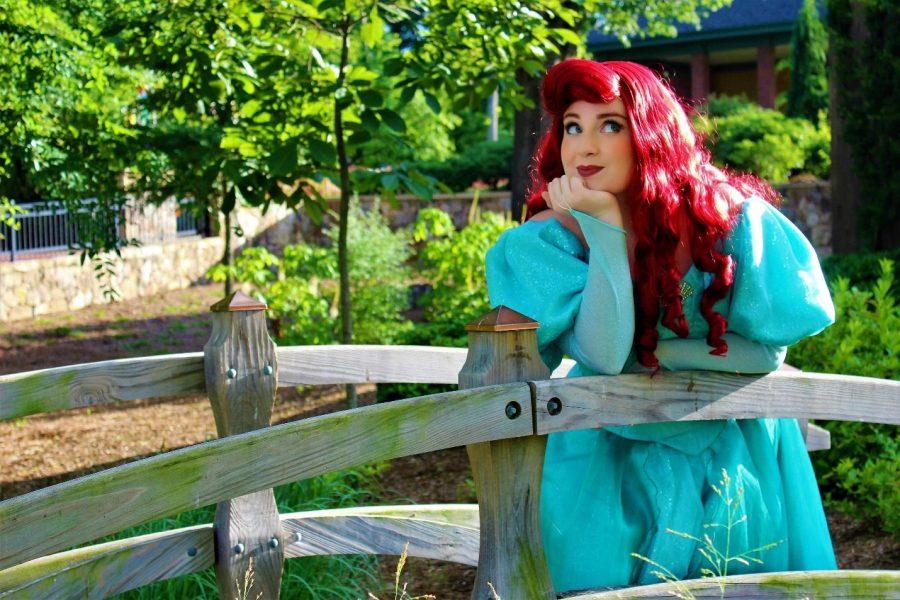 Not many college students can recall a time when they were sitting in their car, dressed as Elsa from Frozen between stints at children’s parties getting some homework done.

Sophomore Maren Morris isn’t like most college students. During high school and her freshman year at Wake Forest, she ran two different princess companies, where girls dressed as princesses go to various events. She also dressed as a princess herself.

Tell me a little bit about how you got you involved in “princessing.”

Freshman year of high school, my youth group was planning to go on a mission trip to Costa Rica. We had an auction, and we all had to provide a service to auction off. Some people were doing lawn-mowing and babysitting, and my friend and I just got to brainstorming.

We were like, “you know what? What if we offered a one-off princess appearance for free? Someone will bid on it.” We did it, and after that one party, it just kind of took off.

What was the driving motivation to keep with the business?

I’ve always had a fascination with the face characters at Disney World and I’ve always loved acting too, so it seemed like a good melding of the two.

Honestly, you get paid, but that was not even the main reason that I wanted to do it. Being able to see these kids — who were just as obsessed with the princesses as I was and still am, who just get so hyped over it — was an awesome thing.

But from an acting standpoint, it is so cool to put on this dress and this wig and go perform. For an hour, you’re not yourself, you’re Ariel or Cinderella.

It is magical. (Laughs).

It sounds like being able to be someone else other than yourself is part of the appeal.

Yeah. I’m always curious to see what it’s like to be someone else and be a part of their stories. I think it’s just an innate curiosity of stories, of the world and of people. That’s the driving force.

I understand you had some health struggles last year. You took medical leave for a semester and stopped “princessing” completely. What was it like to stop doing something that was such a big part of your life?

It was very bittersweet. I had a really bad case of mono the summer before this year started and I went on medical leave.

Even though I was on medical leave, I was kind of doing parties on the weekends just as a way to retain some sort of normalcy. Plus, it was just an escape to get out of my pajamas and put on a corset, makeup and a wig.

In September, with my health, I felt like God was telling me it’s time to close this chapter. And I was very confused by that, because like you said, it’s such a big part of my life.

I felt like God was telling me, “I know you love this, but it’s time for you to pursue other things.” It’s just the end of one chapter and the beginning of another.

Have you found any other outlets that allow you the same ability to escape, or be someone else?

One of the reasons that I felt kind of called away from it is that I have always wanted to act, ever since I was little.

As much as I love the princesses, playing Cinderella isn’t going to help you learn how to create layers of a character  as if you’re going to play a serial killer. (Laughs).

I had to step aside from that structure of playing a princess. So, I’m finding new ways to continue to hone the acting thing and delve into new characters that don’t have the bottom-line princess thing.

I’m doing a lot of short films here on campus. I’m in a web series for Wake TV, which is coming out in a few weeks. And next year I am going to try to get into some theater stuff more because I haven’t been feeling well enough to do that this year.

I love to write too, so that’s another outlet.

To come up with a story and all of these different characters and live through them in different ways — that’s also been another way to manifest it. I think the writing and the acting go hand-in-hand with understanding the character, their story, and their backgrounds.

Finally, I have to ask, since it seems like you take the time to really think about these characters. Who is your favorite princess?

I didn’t play her much. She doesn’t get much love anymore because she’s old. But Snow White has always been my favorite.

Everyone always gives me crap for it and I’m like, “hold up. Her stepmother tried to kill her.”

Snow White, through all the adversity, maintained the most positive attitude and retained kindness and didn’t let anything, any struggles, create any sort of bitterness in her. I have always admired that positivity. I’ve seen how there are things that she does that I would like to fit into my own life.