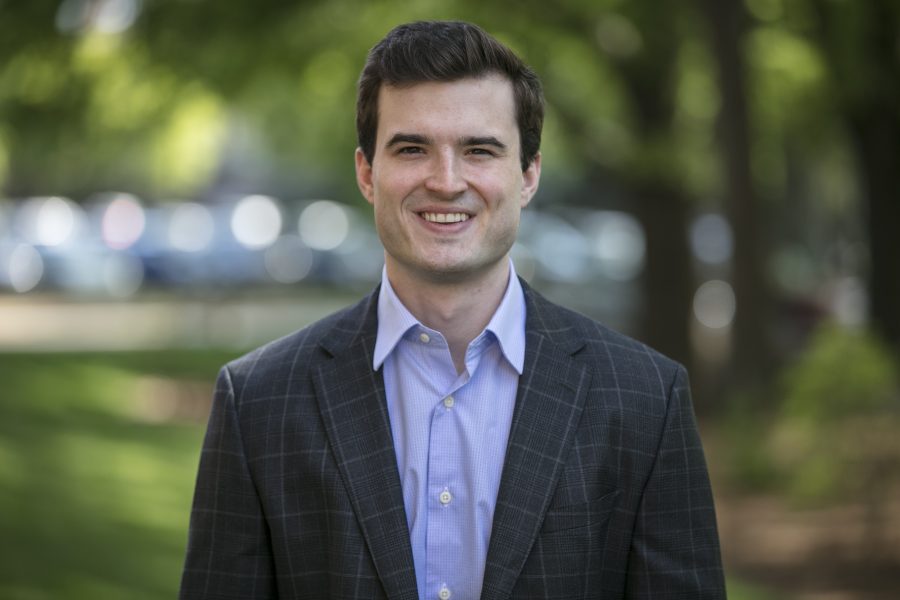 William von Behren is a double major in accountancy and computer science from San Antonio, TX. Von Behren will graduate this May, but also will return for a fifth year to complete his Masters in Accountancy.

There were a number of things that drew von Behren to Wake Forest. “I chose Wake Forest because it seemed like a hidden gem,” von Behren said. “More specifically, Wake had an outstanding reputation, a phenomenal business program and was distant enough from home  —  although Wake soon became home — that I would be forced to become more independent and self-sufficient. Wake far exceeded my expectations within my first year and has continued to do so.”

Von Behren has found value in everything Wake Forest has to offer throughout his academic career. As someone who hopes to start and run his own business in the future, he viewed accounting as the perfect major. “I decided on accounting because I wanted to create a Fortune 500 company and thought that accounting would provide the best means for understanding business comprehensively,” von Behren said. “While, for many, accounting may seem soporific, I have enjoyed the structure and insight into business that accounting — the language of business — provides. Accounting allows an individual to quickly understand strengths and weaknesses of an organization and thus better strategize in the face of competition and evolving market conditions.”

Few things, von Behren believes, have contributed more to his academic successes and love for learning than the faculty who have provided him with mentorship, friendship and guidance. “One asset of Wake Forest is the strength of its faculty in availability, mentorship, and friendliness. As such, I have had strong relationships with several professors in multiple departments,” von Behren said. A few professors he has been able to bond with in particular have been Dr. James Powell in the Latin Department, Dr. Errin Fulp in the computer science department, and Dr. Thomas Canace and Dr. Jon Pinder in the School of Business.

From those faculty and countless others as well his student peers, von Behren believes he has really learned the value and meaning of Pro Humanitate in his four years. “Perhaps the most important lesson I have learned is how to better embody our university’s motto of Pro Humanitate in its meaning of human cultivation, as my former Latin professor Dr. James Powell describes in his “The Meaning of a Motto.” There are invaluable opportunities at Wake Forest, both in and out of the classroom, that allow us Demon Deacons to flourish and leave ourselves better than we found ourselves after our four years,” he said.

Not only has von Behren excelled in the classroom at Wake Forest, but he has also been a leader outside of it. He served as president of the Wake Accounting Society where he worked closely with Dr. Candace and fellow students to organize events for many of the leading accounting firms to come and visit campus. “This experience allowed my team to add value to the business programs, especially accounting, by familiarizing students with the accounting firms and encouraging networking between both parties,” von Behren said.

Even though he is returning to campus for a fifth year in the fall, there is a lot von Behren will miss upon his graduation when he moves on to work  in assurance services for EY. “I will miss the friendly faces, the many moments of laughter and bonding, and the beauty and uniqueness of the Wake Forest campus,” von Behren said. He is, for good reason, extremely proud of the person and student he has become through attending Wake Forest. “[What] I prize most [about] my Wake career is my development of character, intelligence, and adaptability. I have challenged myself these past four years and have, as a result, recently started enjoying the fruits of this diligence and ungrudging willingness, qualities I recommend for those who want more out of their college careers.”