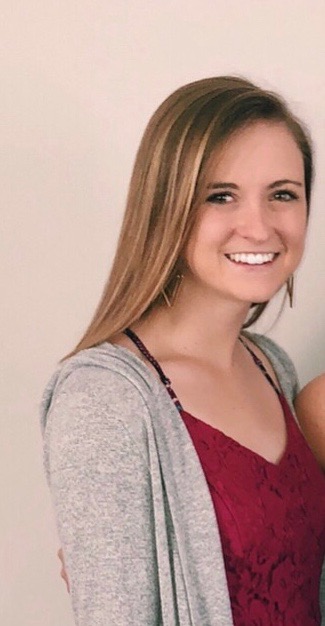 Most students view the required Health and Exercise Science classes as just another divisional Wake Forest makes them take.

But this class helped senior Mary Caroline Austin decide what she really wanted to study.  Now double majoring in Health and Exercise Science and Spanish, Austin draws her decision back to her first HES class at Wake Forest. Growing up, Austin enjoyed playing sports, especially soccer in high school. Here at Wake Forest, she continues to play on the Club Soccer team and had the honor of being captain last semester.

When she first came to Wake Forest, she intended on being pre-med with a major in biology or chemistry but after taking her first HES class she changed her mind.To her, HES offers much more realistic and practical material that is more applicable for her. Being a soccer player, she was able to directly apply the material she learned in HES to what she does almost every day.

Despite the difficulty of having two majors, Austin does not regret having both. Her decision to add a Spanish major came after learning about dire need for translators in the healthcare system. She enjoyed both topics so, while the workload was demanding, adding the second major allowed her to study two things that she enjoyed while helping solve a problem.

Originally from Beaumont, TX, a small town outside of Houston, Austin was always drawn to North Carolina for school. She picked Wake Forest while touring all the North Carolina schools. Wake Forest’s beautiful campus and academics immediately stood out to her and she knew that it was the place she wanted to be for her next four years.

Since her first activities fair, she has been involved with the Big Brother, Big Sisters program where she was matched with a third grader, Zaniyaha. She has served as a Zaniyaha’s mentor ever since, going to her school to help her with homework or anything else she needed. Four years later, Zaniyaha is now in sixth grade and she and Austin are even closer. Austin now often goes to her house to taker her for ice cream or just hang out.

“Big Brother, Big Sister is definitely one of my favorite parts of Wake Forest,” Austin said. “It lets me get involved in the community so that I can extend my reach beyond the bubble of Wake Forest while I’m here.”

During Austin’s junior year, she had the unique opportunity to combine both of her majors and study abroad in Salamanca, Spain. While in Spain, she did a homestay where she lived full-time with a family. This allowed her to completely immerse in the culture, improve her Spanish and learn a lot. She took only Spanish classes while abroad to help lessen the load of her Spanish major. For her HES major, she interned with a general physician where she learned about the Spanish healthcare system. She was able to interact with Spanish speaking patients while also getting hands-on experience by shadowing a physical therapist, allowing her to gain experience in both departments.

A year of traveling and trying new things lies ahead for Austin. Next year, she is moving to Boston where she will be living with three of her friends for a year before she starts applying to PA school. She hopes to find a job as a medical scribe to work towards the 1,000 hours needed to apply to graduate school, but  is most excited to be trying something new, as she has never been to Boston before.

Reflecting on her time at Wake Forest, she wants to emphasize the importance of learning and trying new things.

“Don’t be afraid to get into your work and learn it way beyond memorization.” Austin said. “Actually enjoy what you’re doing and learn everything you can. Oh, and don’t be afraid of anatomy.”