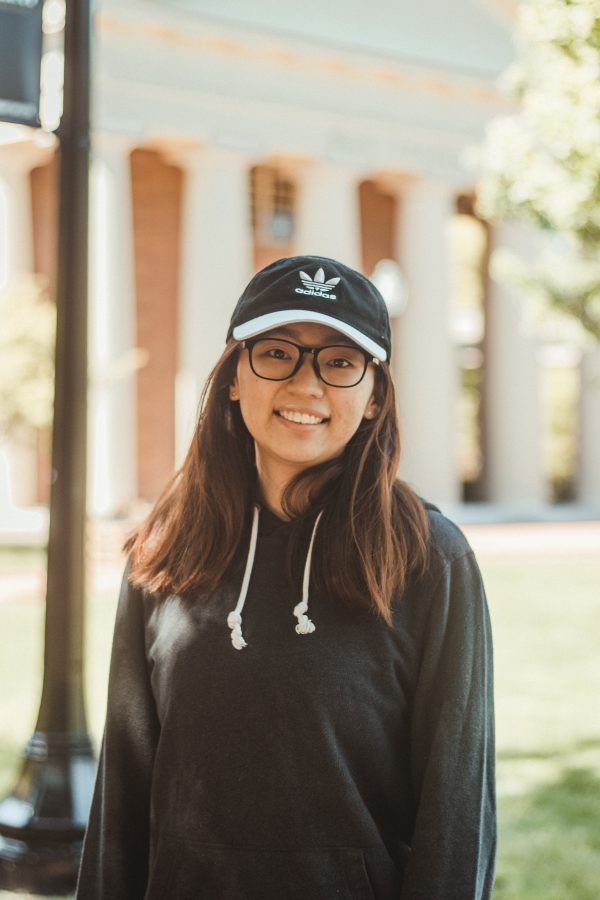 A Farrell Hall study room enthusiast, Youyang Zhang has excelled as a Mathematical Business major at Wake Forest. After taking a statistics class, she realized that her love for business and her interest in math could be combined through this major.

Zhang always had the Wake Forest School of Business in mind — it was one of the reasons she applied to Wake Forest in the first place. She was further catapulted into the Math Business major after taking Accounting 111. Although at first she thought she would major in Accountancy, she was not drawn to the subject. This allowed her to narrow her path within the business chool, focusing more on marketing and statistics. Along with academics, there were many other reasons Zhang chose Wake Forest.

“I choose to come to Wake because I liked [the] campus a lot. Also the small class size setting is appealing to me because I’m the kind of person who would be afraid to speak in front of a lot of people or be around them,” Zhang said. “So I [thought I could] learn a lot more and a lot better if I [came] to Wake.”

Originally from Beijing, China, Zhang is the treasurer of the Asian Student Interests Association (ASIA).

“Most people in ASIA have Asian heritage and are struggling to find an ideal position for themselves on campus,” Zhang said. “This is not only a club activity for me, but I [have formed] lifelong personal bonds with people in ASIA who have a lot of similar experiences with me.”

Alongside this role, she is also a member of two different academic honor societies on campus. Specifically, she has been inducted into Phi Beta Kappa, the social science honor society, and Beta Gamma Sigma, the business honor society.

In 2016, Zhang participated in a Red Ventures case competition at the business school. She was a member of one of the student groups, each one taking on the role of a student development team. After presenting their concepts to representatives from the company, Zhang’s team received first place and $5,000.

“This natural inquisitive nature of Youyang will make her a tremendous asset to every organization with which she works,” said Marketing Professor Michelle Steward. “It was such a pleasure to have a student like Youyang who has both curiosity and a high level of intelligence, and is willing to dig into marketing problems that have a lot of interesting uncertainty.”

One of Zhang’s favorite memories from her time at Wake Forest is the President’s Ball, which she was able to experience as a senior. She said some of her fondest experiences also include simple activities, such as spending time with friends or a late night session at ZSR.

When asked what advice she would give to incoming freshman, Zhang remarked on the importance of breaking outside of your comfort zone to experience more and make new friends. She also emphasized the need to befriend your professors, as they play a big role in your college career.

“[You need] to embrace the differences and don’t be afraid of trying new things,” Zhang said. “There will always be surprises when you try something new.”

Ultimately, Zhang said she will miss her friends, the late nights they spent together and the Zumba classes she often attended at the gym.

After graduation, Zhang will be attending graduate school at Southern Methodist University in Dallas, pursuing a Master’s degree in Business Analytics.