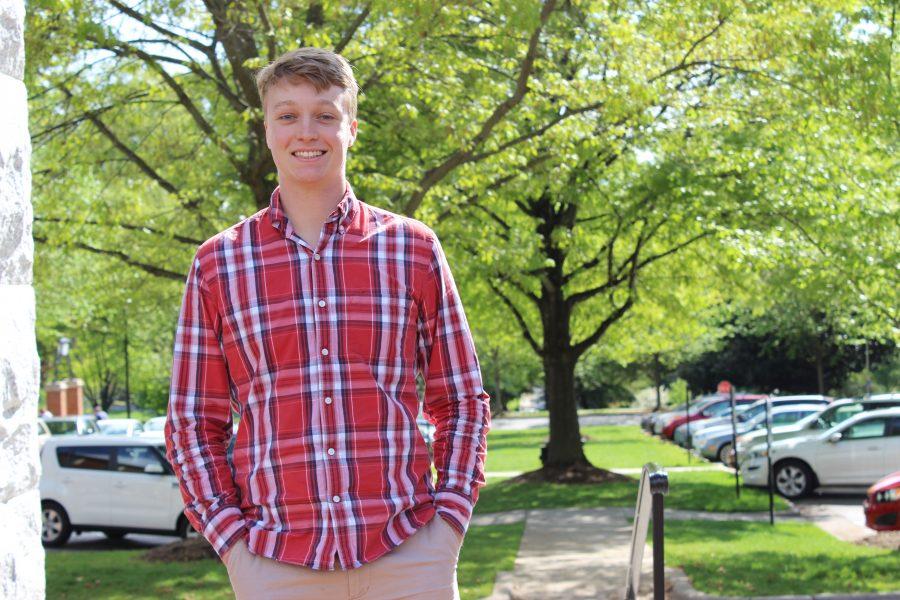 Hunter Hale strikes most in and outside the  classroom with his intelligence and math-focused brain. Whether in high-level statistics or economics courses, Hale has a uniqe passion for learning and understanding complex material.

He came to Wake Forest because he wanted to go to a university that offered a statistics major and small class sizes, and it seemed Wake Forest was a natural fit for this criteria. According to Hale, his experience here has been better than he anticipated.

“I was surprised how much professors want to make sure their students succeed, and I’m really grateful for all of the help I’ve received from professors the past four years,” Hale said.

While math stastics is not a simple major, Hale has had to learn how to prioritize independent studies and a commitment to problem-solving.

“As my math courses got more difficult, I started to have moments where I felt completely lost for the first time, and I found out it’s easy to feel a little bit overwhelmed or defeated in those situations,” Hale said. “Now, I’m comfortable with being confused for a little while, and I’ve learned to approach really difficult situations with a lot  of patience and persistence.”

In his free time, Hale has committed his academic passions to extracurriculars. In his sophomore year, Hale participated in the COMAP contest in mathematical modeling. Though wary at first, Hale was committed to the challenge and ended up enjoying it more than expected. His team also won the “Meritoriuous Winner” distcinction for their paper that year, and proceeded to compete the following year.

This was a similar experience when Hale was asked to join Wake Forest’s College Fed Challlenge team, where economics students mimic the Federal Reserve’s Federal Open Market Committee (FOMC) meetings and provide suggestions for the current economy. Again, hesitant to joining the team in the first place, the opportunity ended up being a successful one for him, and one that taught him important lessons.

“I’ve learned how important it is to say yes to new opportunities,” Hale said. “ Some of my favorite experiences at Wake Forest were through activities that I was initially hesitant to join.”

Beyond math and economics competitions, Hale also notes he loves rolling the quad after a sports win and spending time with his friends.

Hale’s committments on campus have ranged from academic successes to extracurriculars outside the classroom. From these experiences, he can offer applicable advice to other students.

“You’ll get the most out of your time at Wake if you find something you’re passionate about and fully devote yourself to it,” Hale said.

After graduation, Hale will be entering a PhD program to further his studies in statistics.