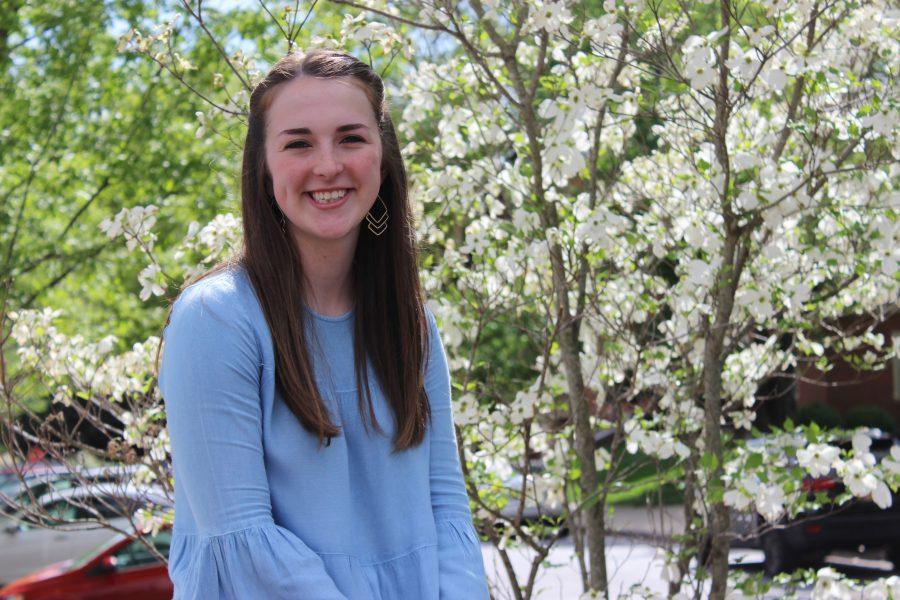 When Ali Eakes talks about her future, it is easy to hear the excitement in her voice.

She will attend medical school at UNC Chapel Hill in the fall. When she added that she just decided last week, a big smile spread across her face. Although her hard work as a pre-med student and a member of the Wake Forest Emergency Medical Services (EMS) team has payed off, Eakes has a true passion for the study of religion and is an embodiment of a student of the liberal arts curriculum.

“I’m going to medical school and I’m going to learn the medicine I need to learn but right now, I’m studying something I’m passionate about and I found that in my religion class,” she said. Her honors thesis, which captures both fields of study, is entitled “The Dying Body in Medicine and Religion,” and was recently awarded the 2018 G. Joseph B. Currin Award.

Eakes’ passion for religion also came through in her internship last summer.

“I never expected to spend the summer working in pastoral services. As a pre-med student, I never forsaw that as something I would do, but that’s something I did for my department and it’s something I really enjoyed,” Eakes added.

When asked to identify what she has learned from Wake Forest, it took her a moment to find the words. “It’s hard to pick one thing,“ she said. “I know how to relate to people better, thanks to the religion department, and how to talk across differences and to find empathy for other people.”

She also speaks to the transformative nature of the content that she has learned. “Not only have the classes changed me as a person for the better… [they will] help me be a better physician,” Eakes said.

Eakes chose Wake Forest for its small environment and financial aid package, but believes being a religion major has defined her experience at the University.

When asked if her Wake Forest experience has lived up to everything she imagined, she added, “I expected the community and the rigor and that’s what I got out of it.”

In terms of Eakes’ community, she has actively engaged with faculty on campus in an attempt to learn from them outside the classroom and has a deep level of respect for what they have taught her.

“My teachers here are some of the most influential people in my life and serve as mentors now but will continue to be mentors in the future,” she said.

Her greatest piece of advice is to embrace the opportunities that are thrown your way, which she has certainly done. Outside the classroom, Eakes is a freshman resident advisor and loves, in her words, the “experience of bringing in the new class and being one of the first faces they see at Wake.”

As the Wake Forest training and equipment captain for EMS, she speaks highly of the tight-knit community she has found in this dedicated group of volunteers.

“I’d probably say my favorite memory is senior send off for EMS. It’s  something we do every year,” she said. “We have so many seniors who are graduating and we’ve all grown so close as a group. It was nice to not only hear about ourselves, but also to enjoy in everyone’s memories. It was really great,” she said.

Another corner of campus where you can find Eakes is as the event planner for the “Dining Dilemmas” group within the bioethics department. “We host one event a semester where we talk about some ethical dilemma,” Eakes said.

When she moves on to medical school, Eakes says she will miss the people and community she has formed on campus.

“Not only just EMS, but my entire group here. The professors of my department and the people here in general are just so great,” she reflects. Eakes also plans on eventually pursing a Masters in public health.