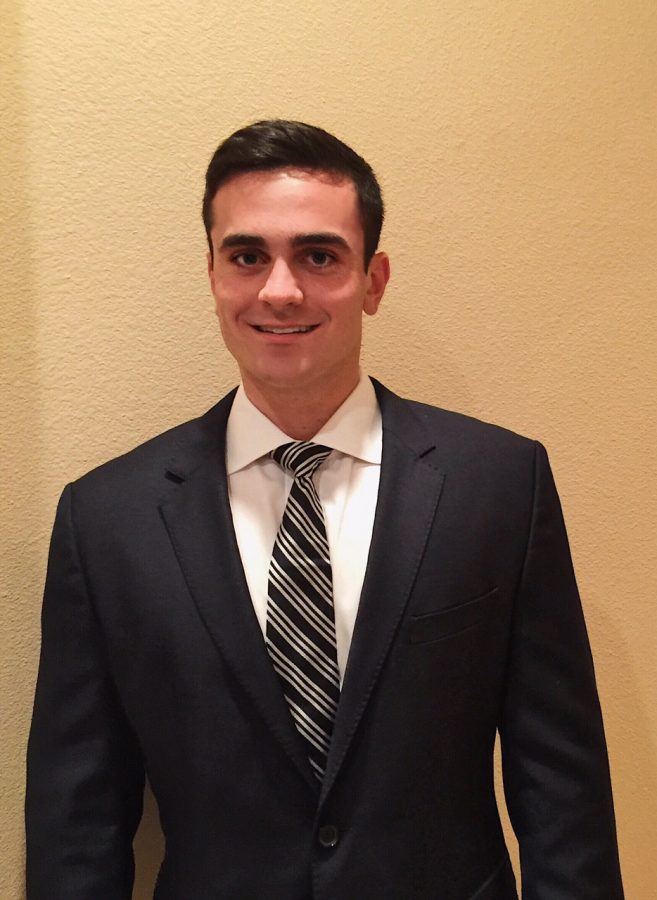 Logan Stinson has received numerous accolades from Wake Forest’s Russian department. He is president of the Russian Honors Club, was selected by the department to do an honors thesis and was nominated for Phi Beta Kappa’s Greene Award.

These accomplishments are even more impressive considering he only began studying Russian his freshman year.

Stinson said that he originally became involved with Russian by way of the Defense Language Scholarship, which he received because of his involvement with Army ROTC, of which he was a four-year member.

Stinson said that he was taken with the language almost immediately upon studying it, even though he has no Russian ancestry or relations; he was born in Philadelphia, PA before moving to Dallas, TX. He cites the time he spent studying the language as crucial to helping him find a job following graduation.

“I’m actually working on Wall Street, so there’s no correlation there,” he said. “But the way that you have to think when you study Russian, the things I learned from my professors and the interesting ways of thinking that are required to do well in Wake’s Russian department really contributed.”

Stinson also gained some knowledge about finance when writing his honors thesis about the Russian economy. He cited Wake Forest’s Russian department as a particularly helpful resource for gaining experience, preparing him for his career search and just generally helping him along.

“The Russian professors are very knowledgeable, and I can reach out to them whenever, even late at night,” he said. “If you show the interest and you’re good enough, they will do stuff with you.”

Stinson has done a great deal within the department, including high-level research. He also said that he has even been published in SLOVO, an interdisciplinary academic journal covering Russian, Post-Soviet, Central & East European affairs. This was a collaborative effort with Dr. Elena Clark of the Russian department. Stinson said that this has been quite helpful in getting him interviews and jobs.

“It doesn’t hurt being a published author as a junior and senior in college,” he said.

Stinson’s writing is not just limited to academic journals. He has also occasionally taken time to help out his friends on The Wake Forest Review, the conservative newspaper on campus, by helping them develop their own journalistic style. Stinson has also assisted with articles about the military. He says he does this to try and help bridge the gap between the armed forces and the civilian population.

“Something that Dr. Clark and I wrote a lot about was this cultural divide between civilians and the military,” Stinson said. “A lot of people don’t understand what ROTC does.”

He said that this rift he has observed within the Wake Forest student body has traits that are reminiscent of a similar gap in Russia that he has studied. Having grown up in a military family, he is quite acquainted with soldier lifestyles, and seeks to spread awareness regarding military work and activity among the civilian population.

Stinson said that when he graduates, he will most miss the support and guidance of Wake’s Russian department and his cadre in ROTC.