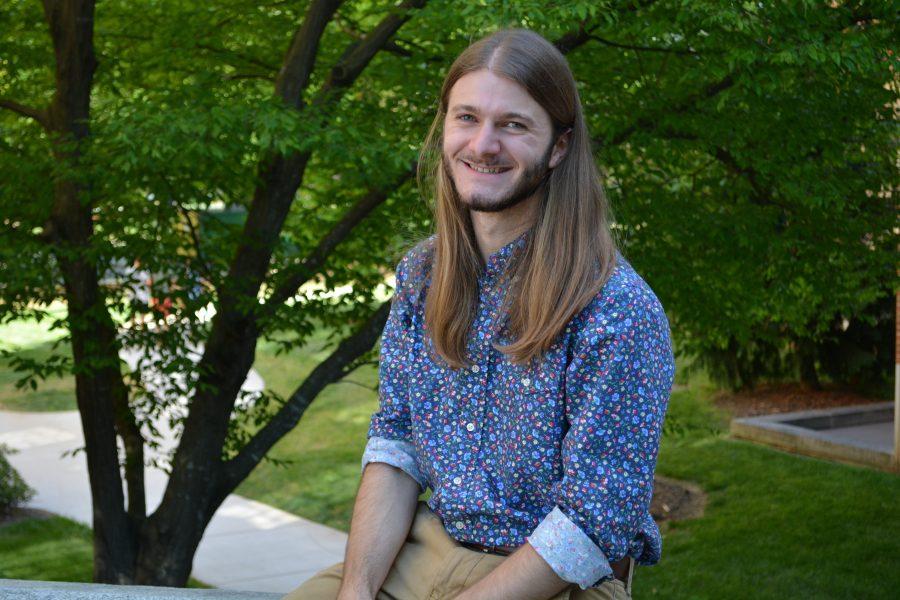 Senior Will Coleburn is a Spanish and Studio Art double major with a minor in Art History. He came to Wake Forest from his hometown of Marietta, GA.

Throughout his time on campus, Coleburn has been greatly involved in the a cappella group Chi Rho, studio art, the Baptist Student Union and Reynolda House Student Advocacy Council (RHSAC).

Coleburn chose to come to Wake Forest for several reasons. He knew from the beginning that he wanted to attend a small liberal arts school that was close enough to home but far enough away that his parents couldn’t show up unannounced. However, once he toured Wake Forest, he immediately fell in love with its beauty. Coleburn is also a recipient of the Presidential Scholarship for Visual Arts, which influenced his choice to come to Wake Forest.

As a Studio Art and Spanish double major, Coleburn spends an abundance of time working on his art. He was one of six students that was granted honors candidacy in the fall, which allows Coleburn to create pieces of art to be displayed in the spring. His show is titled “Botanical Meditations” and it consists of a series of monotype prints displayed at the START Gallery in Reynolda Village.

“I based [the prints] on botanical forms and looking at plants, observing them and their relationship to light, but also dealing with light metaphorically,” Coleburn said.

Throughout his time here, Coleburn has also been an active member of Chi Rho, the oldest a cappella group on campus. This past year, the group celebrated their 25th year, and this anniversary happened to be an album year. As someone on leadership, Coleburn was able to suggest songs that would be on the album and he helped coordinate the recording schedule.

He has always enjoyed spending time with the group and each year Coleburn has become more involved. One of his favorite memories stemmed from the four big concerts Chi Rho performs. This past year, they hired a sound crew and Coleburn always enjoyed seeing students, staff and faculty attending the concerts.

“To sing with a group of guys that is assembled around this idea of music and faith-based message, I don’t know if I would have met them otherwise, but to come together in song and to sing and harmonize is such a cool thing to be part of,” Coleburn said.

Another defining moment of Coleburn’s time at Wake Forest was the semester he spent abroad in Salamanca, Spain. He particularly enjoyed being able to exist in the culture, live with a host family and speak the language. Going to Spain helped Coleburn reach fluency in Spanish, however, he feels too modest to admit it. After returning to Wake Forest, he knew that he wanted to pursue a major in Spanish.

This past semester, Coleburn took a Spanish film course and throughout this class he discovered that he enjoyed the interactions he has with his classmates.

“I love that dialogue that happens in the classroom. I’ll really miss that feeling of discovery and watching that happen for other people, and getting to be a part of that,” Coleburn said.

He enjoyed bouncing ideas off of his classmates’ during his film class. He felt as though it gave the film a deeper meaning when he was able to see the way his peers interpreted the show.

Coleburn is in the process of deciding what he wants to do in the future, however, he is looking into arts education and museum education somewhere between his home in Georgia and Washington D.C. He hopes to incorporate his Spanish into this field as well.