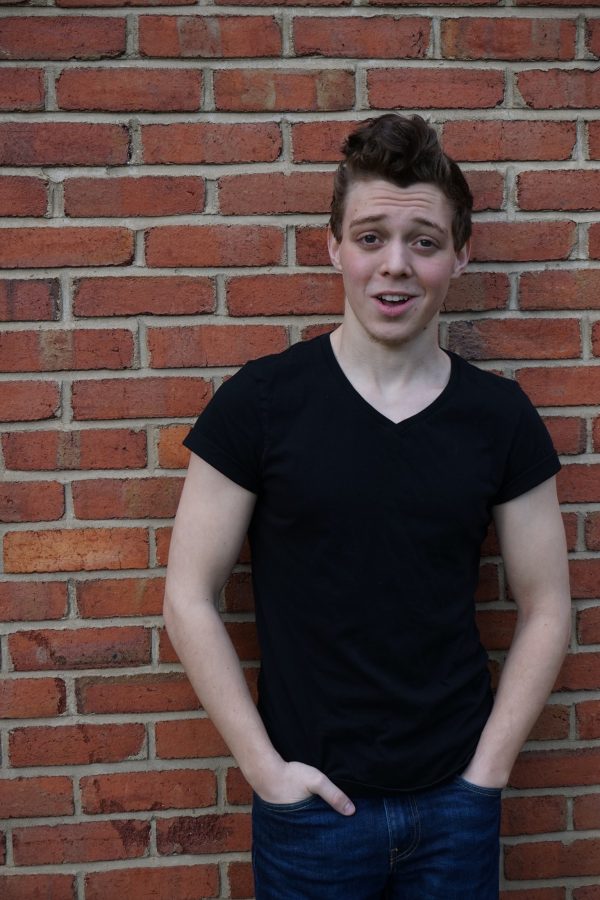 As a Presidential Scholar, senior Eli Bradley was immediately thrown into the theater community at Wake Forest, participating in a show even during his freshman orientation.

Bradley started doing theater in high school and knew he wanted to pursue it at least through college. He began taking theater classes, but knew he wanted to pair his theater major with another major. Bradley played around with other majors, such as history and political science, but when he took Philosophy of Space and Time for fun his junior year, he knew he was in the perfect complementary department.

“I act a lot, but I predominantly write and direct, so philosophy has had a huge impact on my writing,” Bradley said. “All the different plays I’ve been working on have had a lot of different philosophies put into characters. I’m much quicker to analyze arguments in rehearsal spaces than I was before I was a philosophy major.”

Outside of class, Bradley has kept busy — he has been a Resident Adviser, the Vice President of the Anthony Aston Players, a tour guide, a President’s Aide and acted in, produced, written and directed many different productions.

When it comes to his favorite performances, Bradley is torn. He joked about being cast as the lead his sophomore year in A Funny Thing Happened on the Way to the Forum.

“Eighty-five percent of the show was just me and so it was literally just a musical where I got to be a clown,” he said. “All about me all the time. It was great for my ego.”

That show was well-received and Bradley had the opportunity to work with a brilliant director and his close friends. The next semester he performed in a student play called Closer, which was a different and more challenging experience.

“It was just this really intense, chemistry-based look at relationships and the way people hurt each other,” Bradley said.

On the other side, he noted that his favorite writing experience was writing for LaughTracks, a student comedy show whose proceeds benefit the Anthony Aston Players.

“It allows me to turn my silly, little conversations with my friends into sketches that people then laugh at and donate money to an organization I love,” he said.

However, his favorite experience at Wake Forest did not take place on a stage in Scales Fine Arts Center. Last summer, Bradley received a Richter grant to travel to Spain to travel the Camino de Santiago, a 990-kilometer pilgrimage. Afterwards, he synthesized his experience with his two different majors.

“I wrote a play about my experience and the philosophy of personal identity as it relates to isolation and community,” Bradley said. “That was the best month of my life.”

After graduation, Bradley will be taking a year off to work in Winston-Salem while he applies to programs to pursue a Masters of Fine Arts in screenwriting. One his professors, Cindy Gendrich, spoke to the many opportunities Bradley has ahead of him.

“I think the hardest thing he has to decide is where his career is going to go,” Gendrich said. “As a director, he is thorough and imaginative, and he works with actors exceptionally well. Eli is also a brave and prolific writer, and an actor of exceptional commitment and energy.”

Bradley is looking forward to just relaxing for a little bit after being so involved in his impressive studies and extracurriculars.

Knowing that he has wonderful things ahead for him, Gendrich reflected on why Bradley is so great to work with.

“He pushes himself, knows that criticism is a gift, not a punishment, and is endlessly interested in the big questions,” she said.