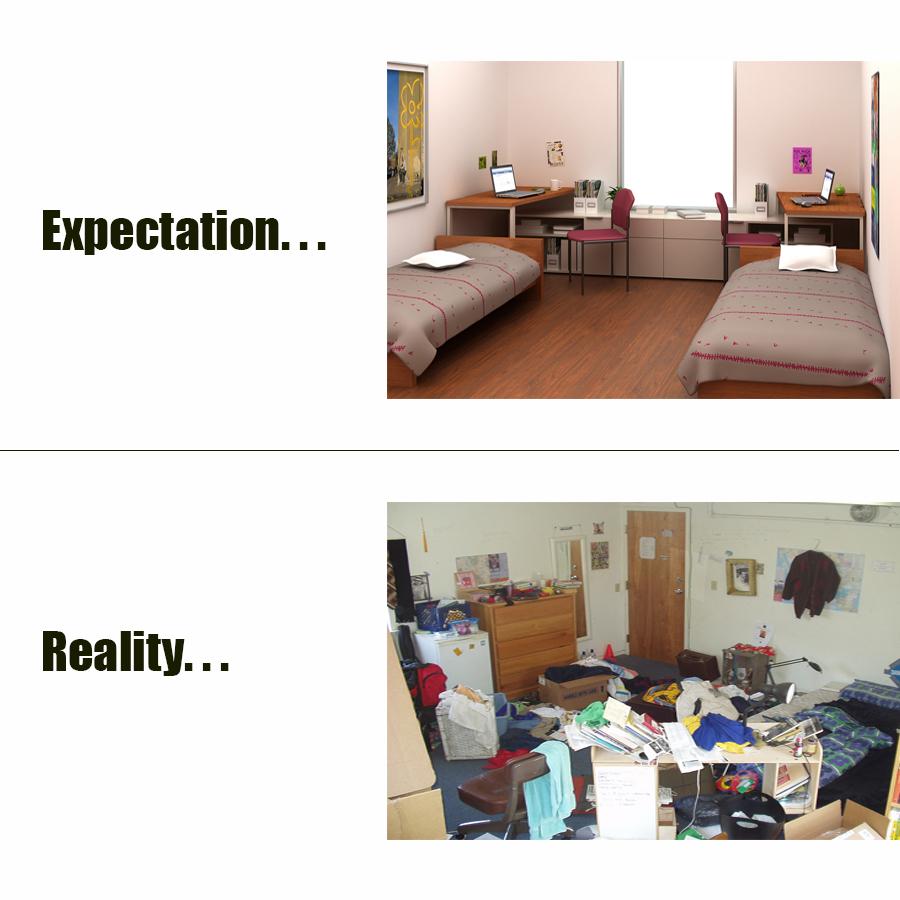 Congratulations! You have made it to campus, and according to pamphlets, campus tours and hours perusing countless poorly-written comments on college review blogs, Wake Forest may be the world’s best locale since Eden … Right?

Well, in keeping with the biblical metaphor, your first semester will enlighten you to both good and evil knowledge of Wake Forest previously unknown to you. Fear not, you will come to find that much of the propaganda you were fed about Wake Forest closely resembles the truth, but, honestly, what would a first semester of college be without surprises?

For starters, though you were shown capacious dorm rooms with towering ceilings on your tour, I know that at least 5/7 of you are not living in South or Angelou, so embrace the fact that your dorms were once occupied by people who remember when Kennedy was shot. To those of you who won the lottery, you are going to catch a lot of flak for it, as your living situation rivals that of any student at Wake Forest, no matter their grade.

I lived in Johnson during my freshman year. When I first swung open the door of my room, I was instantly taken aback by the size of my living quarters. Those of you in Johnson, Bostwick, Luter, Babcock and Collins will quickly become used to life in the not-so-friendly confines of your hall, but there will be an adjustment period.

Furthermore, the air conditioning and general cleanliness of these Cold War-era buildings are lacking at best, and you are bound to encounter some hardships. Personally, I lived with a chronic cough and periodic bouts with pink-eye during my first semester, though eventually, I suppose that my immune system was forced to adapt or die, so your health, too, will likely reach a sort of equilibrium by second semester.

These dorms are essentially petri dishes surrounded by brick, as no one really takes especially good care of his or her hygiene, and your cramped, cattle farm-like quarters only encourage the spread of contagions.

The dorm, mind you, is only your first wake-up call. Those of you who brought your car to campus will soon realize that putting men on the moon was ostensibly simpler than busing freshman to their cars. Yes, shuttles run relatively frequently to the lot, but the logistic inconvenience of moving your car for football games out of and back into the lot during the weekend will prove to be more frustrating than expected.

For this reason, freshmen are basically land-locked on campus for a majority of their first year. This is not as bad as it sounds; but it comes with some upsides, as you are forced to socialize more than perhaps you would if an escape were simpler.

By the way, parking tickets are a common occurrence, even for those of you who think you are sneaky (I learned this lesson the hard way. . . three or four times), so I would prescribe discernment when selecting a parking spot that can elude the diligent eyes of the parking police.

Your roommate situation also may not go as smoothly as you hoped it would. Wake Forest claims to hold a roommate matching success rate somewhere in the 90 percent range, and while it is true that most people do not go through the process of switching roommates, there are a number of individuals who will not mesh as well with their roommates as they had hoped.

It is important to remember that your roommate does not need to be your best friend, although if it works out that way, more power to both of you. If you establish a relationship with your roommate that can at least be described as functional, then everything will work out; however, passive aggression, excessive messiness and frequent late-night visitors with sexual intentions can wear on anyone.

Lastly, Wake Forest tends to stress the importance of creating diversity. They might say something like, “We want to create a student body that brings all types of experiences to the table in order to cultivate a varied learning environment.”

Now, when you consider that the annual price tag is $70,000 and rising, it should not be surprising that the reality is not always as simple as a tour guide would have you believe.

In fact, according to a recent study in The New York Times, Wake Forest has more students in the top 0.1 percent than the bottom 20 percent (yes, I said 0.1 percent not 1 percent).

As you grow comfortable in your new home, these issues will fall by the wayside, though, and you will come to love Wake Forest at its highs and its lows, no matter how disconcerting your residence hall smells.