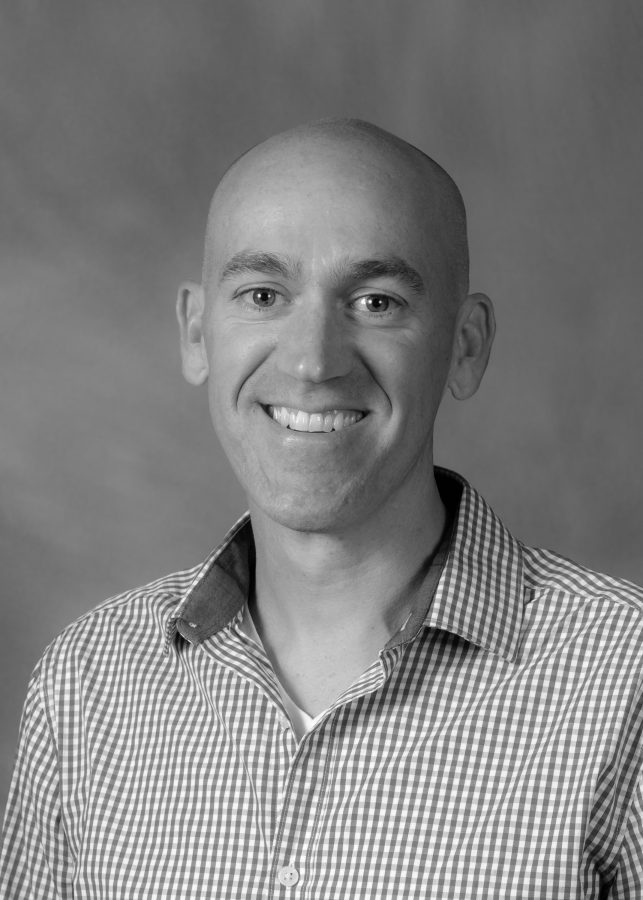 Chris Brown, an assistant professor of English at Wake Forest, took a rather circuitous route into the academic world.

Immediately after finishing his undergraduate work at Georgetown, Brown continued straight into law school there, and he would go on to practice for several years before rediscovering his true calling: English.

Though he grew up on Long Island and practiced law in New York City, Brown had roots in Winston-Salem before he arrived on campus in 2016, as he traveled frequently to the city while representing R.J. Reynolds Tobacco Company for his law firm.

In the end, his long route into the world of pedagogy bore fruit, as his intellectual fortitude, charisma and empathetic nature have allowed him to develop into a top-notch professor.

You used to practice law, so what happened? How did you end up making the transition into academia?

I really enjoyed practicing law, but I enjoyed law school more, so I probably should have known when I was going off to be a lawyer that the classroom was a better place for me than being in a law office. The practice of law is very rule-oriented and process-driven, and I did not really enjoy that, and in a selfish way, I was more interested in doing more thinking.

How long were you practicing law before you realized you needed a change?

Six years. When I finished law school, my wife and I moved to New York City, and the second firm I worked at had me traveling to Winston-Salem, so when I started interviewing for a position here at Wake Forest, I had some anxieties about my past experiences here, but I was pleasantly surprised by what the city had become.

Why specifically did you end up making your career switch?

Well, my wife and I lived in New York City before we started our family, and putting the job aside, it was spectacular.

We were two 20-somethings with good jobs during a time that became a very idyllic time to live in New York. Then we had kids, and we were living in a 500-square foot apartment with a baby, and we lasted for a little while, but it became clear at that point that I did not enjoy working 60 hours a week in an office. I just did not like law enough to do that.

How did you end up in focusing in a field as specific as African-American literature?

One of the things that drew me to it is how explicitly connected the law and the African-American experience of life in the United States have always been.

For so much of history, African-Americans were the object of law, so when I was studying in law school, I noticed that there were so many instances of the rational, predictive and logical study of law breaking down when race was implicated in a case. Much of the teaching that I do is about African-American experiences in relation to the law.

Do you think that all of these latent interests were growing under the surface throughout your legal career?

No, I’ll tell you frankly that within the actual practice that I did, thinking about race was almost universally absent. That was mostly a function of the fact that I was doing corporate, white-collar criminal work, and that world was not particularly interested in questions of race.

I will say that now, I am very interested in how literature works as a rejoinder to a legal system that does not think too carefully about race.

How did you begin to realize that academia was a more suitable field for you?

When I was practicing, I was reading probably more than I have ever read in my life outside of work, nearly every moment I was outside my job.

I had enrolled as a student in some literature courses at The New School, which is a non-traditional school in New York, so I was leaving during my lunch hours to participate in seminars about literature that was interesting to me. So, just the pleasure of reading was something I was seeking out all the time, which may tell you something about just how uninteresting the legal reading I was doing was [laughs].

What classes are you teaching right now at Wake Forest?

This past semester, I taught a law and culture FYS course and an upper-level English class called “Madness in the African-American Literary Tradition.”

What do you like to do when you are not working?

I am the father of four active and exciting kids, so I spend a lot of time indulging their many interests and chauffeuring them to these many interests.

I have gotten into carpentry, as we are in the process of moving into an old farm in Lewisville, and I spend a lot of time fixing up the old farm buildings in advance of our move. My wife, Sarah, is encouraging all of us to learn a bit more about farm animals, which we may soon be able to raise on our own.

You really have had quite a lifestyle transformation from 10 years ago to now.

[Laughs]. That’s really one of the things that was exciting to us about Winston-Salem, too; we can live on an old tobacco farm that’s fifteen minutes from the university and have chickens and goats. But who would have thought it, right? From living in a tiny apartment in Manhattan, to living on a farm in North Carolina.