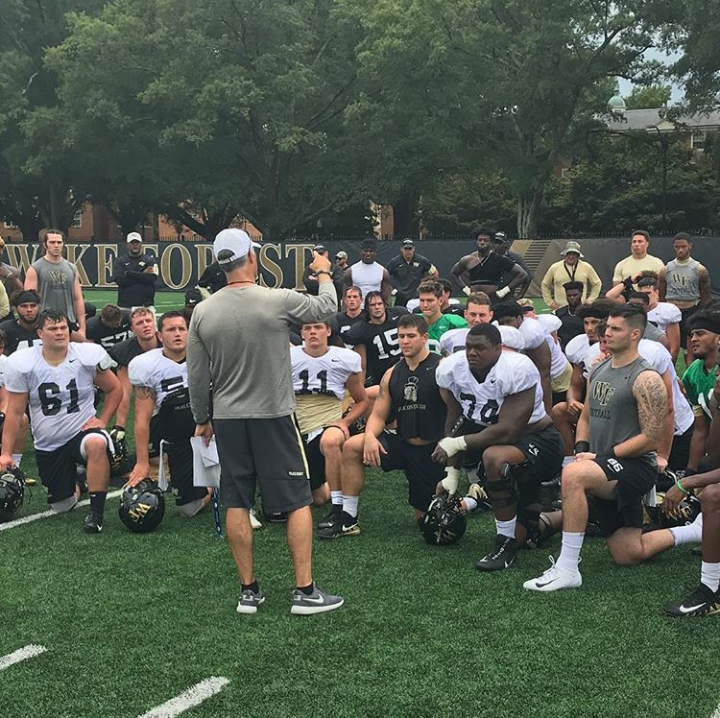 This Thursday, the Wake Forest football team travels to New Orleans, LA for its 2018 season opener against the Tulane Green Wave. The Demon Deacons have high hopes entering 2018 after a very successful eight-win campaign last year.

Outside of starting quarterback John Wolford, tight end Cam Serigne and defensive stalwarts Duke Ejiofor and Jessie Bates III, Wake Forest returns a number of its top contributors from a year ago. Some of those contributors include wideout Greg Dortch, who is returning from a freak abdominal injury, linebackers Demetrius Kemp and Justin Strnad, and a talented offensive line loaded with experienced upperclassmen.

One area of particular concern entering the season for the Deacons appears to be quarterback. With four-year starter John Wolford graduating in the spring, quarterback already appeared to be an area of concern before some added drama in the offseason. Projected starting quarterback Kendall Hinton was suspended for the team’s first three games for a violation of team rules, forcing true freshman Sam Hartman into the starting role.

What should help Hartman ease into his starting role against Tulane, however, is all the talent surrounding him on the Wake Forest offense. First, the offensive line projects to be one of the most formidable groups in the ACC this season as they return from all five starters from a group that dominated opposing defensive lines a year ago.

Additionally, the wide receiver corps is shaping up to be one of the most talented groups in the ACC. Dortch burst onto the scene last season as a freshman with 722 yards and nine touchdowns in just eight games before suffering a season ending injury. At the other wideout spot is the 6’5” Scotty Washington who looks to build on his impressive season last year. With the transfer of Tabari Hines to Oregon, senior Alex Bachman appears to be in line to line up as the third starter next to Dortch and Washington.

Third, the experienced and talented running back duo of senior Matt Colbourn and junior Cade Carney should command a heavy workload in the backfield and should take a lot of the burden off of Hartman in the initial three games prior to Hinton’s return.

With just six of 11 starters on defense returning, the Deacons hope to replace much of the production from players such as Ejiofor and Bates. Boogie Basham and Chris Calhoun are in line to take over at the open defensive end slots and hopefully pick up right where the likes of Ejiofor left.

There is a lot to be excited about as the Demon Deacons enter year five of Head Coach Dave Clawson’s tenure. An offense loaded with talented upperclassmen projects to be one of the most exciting to watch in the entire ACC, which includes the likes of perennial powerhouses Clemson and Florida State. Clawson has helped reestablish a winning culture at Wake Forest the past few years with bowl wins in each of the past two.

The week one matchup against Tulane should be particularly interesting as the Green Wave utilizes a funky read-option based offense, similar to that of ACC foe Georgia Tech. Luckily the Deacons have had months to prepare for Tulane’s gimmicky offense as opposed to just a week if it were a midseason game. It being a road game makes it much tougher, especially after considering the fact that the Demon Deacons will start a true freshman at quarterback in his first college game. Clawson will likely try to make the game as simple as possible for Hartman and ease his load by putting the ball in the hands of Colbourn, Carney and Dortch early and often. Fans should not be surprised if this game ends up closer than expected, but the Deacons should still be favored and should win.