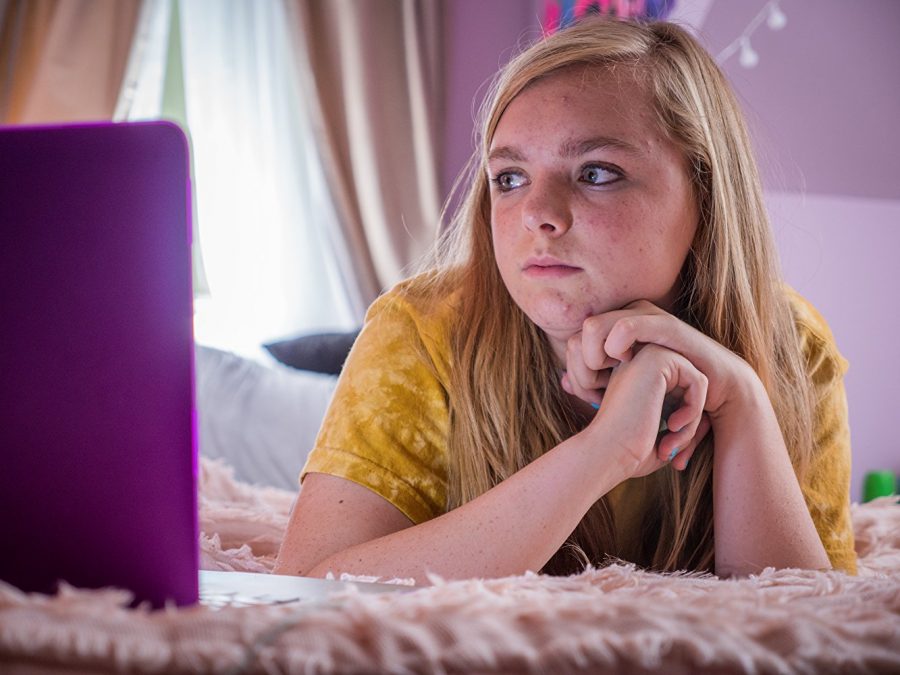 Having experienced life as a 13-year-old girl, I approached Bo Burnham’s Eighth Grade with the idea that I would easily relate to much of the movie’s plot. In some senses, I did.

The film allows the audience to relive the nervousness that accompanies entering high school as well as the awkwardness that accompanies middle school. However, a much more serious story lies within Burnham’s directorial debut. Utilizing the platform of adolescence, he is able to depict a universal experience of dealing with anxiety and insecurities.

The movie follows Kayla Day (Elsie Fisher) during her last week of middle school, including her first party and graduation. With a raging crush on the resident “hottie” and a knack for making self-help YouTube videos, Kayla seems to be a content middle schooler. However, the audience is quickly exposed to the ways in which her anxieties about everything from making friends to her appearance both inform and are rooted in her life. For instance, she is voted “Most Quiet” during superlatives, her videos receive one to no views and her mom walked out on the family right after she was born.

Although the story is compelling in and of itself, one of the most enthralling elements of the film is the editing. At peak moments of courage or sorrow for Kayla, Burnham would overlay the audio of her Youtube videos. While watching her bawl her eyes out and, at another instance, attending her first pool party, we hear her talk about how to make friends, how to stand out and why you should always talk to the shy “weird” girl. It becomes clear that she uses these videos as a coping mechanism and form of release from her life. With this unique perspective, the poignant contradiction between her peppy videos and panicked reality allow the audience to feel the ferocity of her constant anxiety.

While watching, I had to constantly remind myself that a grown man was able to so accurately portray the uneasiness of an adolescent girl. It is extremely impressive, and it prompts the question as to what inspired him to create the film. Burnham has discussed the surprising reasoning during multiple interviews, including on Marc Maron’s podcast WTF. He explained that while performing as a comedian onstage, Burnham would often experience panic attacks. In an attempt to cope with this, he decided to discuss what he was feeling with the crowd. After shows, he was continually approached by eighth grade girls who told him that they understood exactly how he was feeling. Burnham said that this continuing connection to eighth grade girls, albeit comedic, allowed him to explore his own battle with anxiety in the film.

Eighth Grade also serves as a snapshot of pre-teen life at this moment. Kayla signs off every video by saying “gucci,” teachers are “dabbing” while they say “lit” and Snapchat or Instagram are the prominent routes of communication. On the flip side, it shows the ways in which technology has become such a pervasive force within such a young age range. During one scene, Kayla sits at the dinner table with her father, phone on and earphones in. Later in the movie, she awkwardly looks up how to give a blow job after telling her crush that she has “nudes” on her phone for him. Clearly, Burnham worked to truly depict the ways in which internet access has changed the middle school experience.

In an effort not to spoil the movie, this review does not touch on many key moments in the plot. Although it does have a resolution, the movie is still heart wrenching at its core. It is extremely difficult to watch the ways in which Kayla grapples with her intense insecurities, whether she is pushing them deep within her or allowing them to spill out. Ultimately, Eighth Grade procures a beautiful image of triumph and despair in its purest form, a 13-year-old girl.