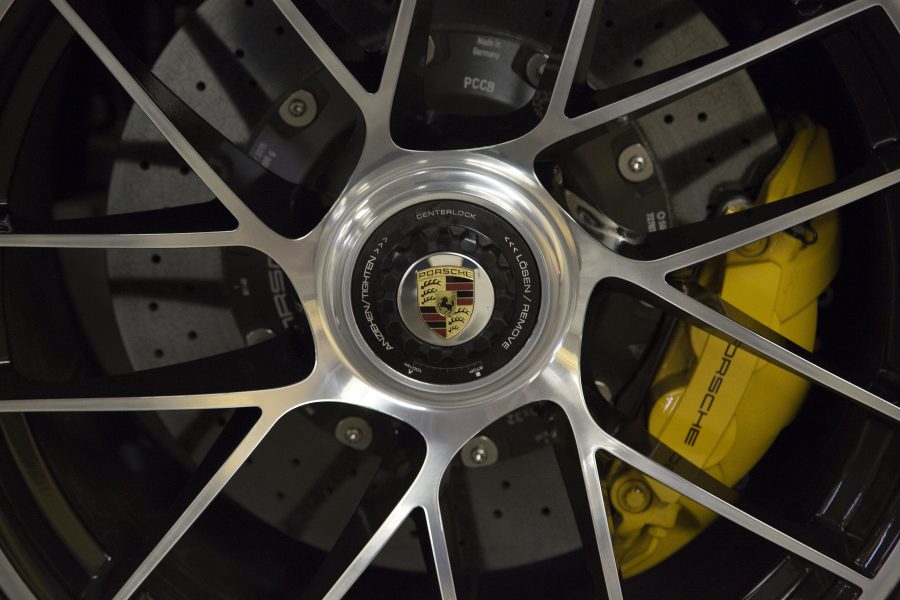 Ferry Porsche co-founded Porsche AG in 1931 and the German manufacturer has been defying the traditional physics and standards of driving capability since. Synonymous with luxury performance, and with new vehicles starting at $48,700, there is no question that Porsche ownership screams exclusivity above ubiquitous accessibility. New developments at Porsche AG point to the idea that the modern Electric Vehicle (EV) age is here now, even among the world’s most prestigious manufacturers, more fully than some may know.

The eventual wide-acceptance of the modern EV is, by all evidence, unavoidable. High-volume manufacturers have been developing hybrid technology for close to 20 years, these same OEMs more recently engaging in a slew of their own unique developments and iterations of the fully-electric vehicle.

While manufacturer presence and development remain pervasive, consumer demand projections remain alarmingly low. Industry research entity LMC Automotive claims EV demand will account for just 2.5 percent of the US market by 2025. Few debate EV technology’s eventual permanence, yet, even fewer agree on when the scale will tip in favor of batteries over combustion.

Perhaps consumer demand is falling short of expectation, or at least short of failing to match the enthusiasm with which EV development is progressing; however, Porsche’s recent activity contributes a different and less-predicted story, though one that is perhaps more accurate.

In regard to EV innovation, 2018 has been a markedly productive year for the German manufacturer. In June, Porsche Newsroom announced the planned expenditure of upwards of six billion euros allocated for “electromobility by 2022, doubling the expenditure that the company had already planned.”

This announcement came amidst press coverage of the “Mission E” development initiative, an entirely new performance sub-brand, fully electrified and set for production runs beginning in 2019, according to Porsche Newsroom.

The Mission E plan includes two distinct body styles, the Taycan Grand Touring sports sedan and the Cross Turismo Cross Utility Vehicle, in what seems to be an attempt at catering to a range of customer needs and interests from the outset.

Further bolstering Porsche’s electric initiative, the German manufacturer took a 10 percent ownership stake in Rimac Automobili in June of this year. The Croatian manufacturer is responsible for the Concept One and C Two, both fully-electric performance hypercars.

TechCrunch’s interview with Lutz Meschke, deputy chairman of Porsche’s executive board and member of its executive finance and IT board, confirms a commitment to the electric initiative: “By developing the purely electric two-seaters super sports cars . . . Rimac has impressively demonstrated its credentials in the field of electromobility.”

The large-scale introduction of the first-ever fully-electric Porsche, along with Porsche’s partnership with a fledgling manufacturer hell-bent on electrifying the upper echelon of automobile performance, is hugely important news for proponents of the EV age.

It is telling that Porsche, the company known for its perfectionist analog driving experience, has EV technology nearly ready to be sold through normal distribution channels.

This is the same company that offered a 911R (its flagship vehicle stripped of all modern, ‘frilly’ technology) for close to $200,000, to thunderous applause and high demand. Porsche has always been a caterer to the opinionated consumer. According to automotive research company Cartelligent, Porsche ties for fourth place in brand loyalty amongst all car brands.

Frankly, those buying Porsches are able to spend top-dollar on what they want and do so frequently, with seemingly little interest in the alternatives offered by competitors. It is for this reason that rampant EV development from the renowned manufacturer is so significant.

If the EV age were still some years away from becoming the dominant US automotive industry variant, Porsche would be the last entity to look into that business model. One could also point to the idea that Porsche staffs some of the industry’s most brilliant automotive engineers, suggesting that EV technology could advance at Porsche faster than at most other companies.

This makes some sense, but the fact remains that radical innovation of this scope and financial scale is only feasible in the event of relevant and immediate consumer demand, of which enough is needed now to prompt real, tangible change.

Porsche not only has current plans and development in progress, they have engaged in a business overhaul that is ready to begin in just a few months, supported by new product installment and business partnerships. Porsche, perhaps the last player expected, is officially electrified, along with the rest of the US automotive industry.