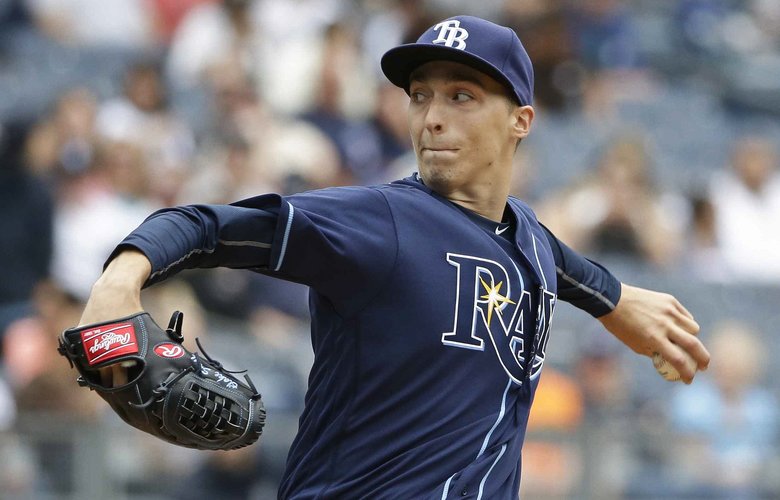 Though the playoff teams in the American League are rightfully drawing the majority of the media’s attention as the season comes to a close, there is a non-playoff team that has been up to something special.

For the Tampa Bay Rays, success does not have the same definition that it does for their division rival Red Sox or Yankees. The Rays have one of MLB’s smallest markets, and their measly $71 million payroll reflects that reality. Compare that to the payrolls of the Red Sox and Yankees, which routinely eclipse $200 million, and it is no wonder that the Rays enter each year with different expectations and goals than their AL East counterparts.

Though operating a small-market MLB club comes with myriad challenges, working with such a small budget places an emphasis on creativity, experimentation and advanced analytics. The tinkering and norm-busting ways of Tampa Bay have been more than a curiosity this season, as the Rays front office has engineered a competitive team.

Tampa Bay sits firmly in third place in the AL East, falling victim once again to the dominance of the Red Sox and Yankees; however, they find themselves more than 10 games over .500, and they have done so without a bona fide star.

Their highly publicized 2018 experiment has since been affectionately dubbed “the opener.” The Rays have elected to send out a relief pitcher in place of a starting pitcher in several games this season, a puzzling choice that conventional baseball wisdom frowns upon. The Rays, though, were forced to throw convention out the window years ago.

On May 19, Tampa Bay relief pitcher Sergio Romo took the mound as an “opener” for the first time, and since then, the strategy has been successful. In the second half of the 2018 season, the Rays have a team FIP (Fielding Independent Pitching) of 3.53, good for third in the majors in that category. In March and April, before the Rays begin experimenting with “the opener,” they ranked 14th in the majors with a 4.02 FIP.

The Rays have also found gems among low-cost, team-controlled players like infielder Joey Wendle, outfielder Mallex Smith and starting pitcher Blake Snell, all of whom have yet to reach arbitration. (Weighted Runs Created +) of 112 and a UZR/150 (Ultimate Zone Rating scaled to 150 games) of 9.8. Through over 100 games, Wendle has an fWAR (FanGraphs Wins Above Replacement) of 2.7.

Wendle, a 28-year-old rookie, has been a key contributor for the Rays both offensively and defensively, posting a solid wRC+ (Weighted Runs Created +) of 112 and a UZR/150 (Ultimate Zone Rating scaled to 150 games) of 9.8. Through over 100 games, Wendle has an fWAR (FanGraphs Wins Above Replacement) of 2.7.

Smith, who was traded multiple times before reaching Tampa Bay, does a little bit of everything, playing solid outfield defense, walking frequently and stealing 28 bases this season. Smith would not be considered a traditional outfield bat, as his power numbers are poor and his strikeout rate is a few ticks below league average, but the Rays took a chance on Smith based on his athleticism. His fWAR of 3.0 in 2018 leads the team’s position players.

Snell has perhaps had the most jaw-dropping season of all, posting a 10.50 K/9, an ERA of 2.02 and a WHIP of 1.01. Though Snell will likely be overshadowed in the Cy Young race by some of the more established names, he will almost certainly receive votes come award season.

The Rays also traded aging starting pitcher Chris Archer, who could never quite reach ace status despite the quality of his stuff and peripherals, to the Pirates in exchange for two cost-controlled players with legitimate upside, outfielder Austin Meadows and starting pitcher Tyler Glasnow. Most of Meadows’ tools are above average, and he could develop into a well-rounded offensive and defensive player, and the hard-throwing Glasnow has made strides since joining the Rays, allowing just 11 earned runs across six starts.

The fate of the 2018 Rays feels unfair, as building a cheap team with this much talent in Tampa Bay is an uphill battle. The front office piecemealed an impressive roster through savvy trades and a commitment to young, affordable players, and their in-game strategy has allowed these players to outperform their true-talent level. The Tampa Bay Rays would be in the hunt for a playoff spot if they were a National League team, but alas, their big brothers in the AL East have more money, more fans and more wins.

The juxtaposition between the underdog Rays and the mighty Red Sox and Yankees had the potential for an exciting David and Goliath race for the playoffs, but unfortunately for the Rays, their AL East foes have left them far behind once again.