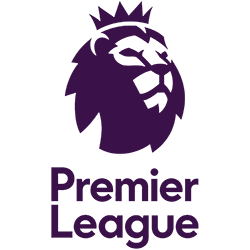 After an exciting week four in the English Premier League, a lot remains unpacked. To start this week’s action, a dominant Liverpool team faced off against a sneaky Leicester City squad. Sadio Mane and Bobby Firmino netted goals to put the Reds up 2-0.

Later, Liverpool goalie Allison Becker made a fatal mistake that led to the team’s first conceded goal of the season. Next, Southampton traveled to London to take on Crystal Palace.

Although Southampton won the game 2-0, this was no blowout. An early goal by Danny Ings gave Southampton a lead, but the Eagles had several chances that were saved by Alex McCarthy.

Southampton had a chance to steal the momentum away from Crystal Palace with a penalty, but Charlie Austin couldn’t put it in the back of the net. Eventually, Southampton took advantage of a fast break and Pierre Hojberg netted the final goal. Suffering from the loss of their talismanic winger, Wilfried Zaha, Crystal Palace couldn’t seem to find their offensive footing. The next game was Everton versus Huddersfield Town. Huddersfield capitalized off of an early set piece but the Blues tied the game up with a Dominic Calvert Lewin header. Despite dominating the rest of the game, Everton couldn’t capitalize on any of their chances.

In a battle of smaller clubs, Fulham took on Brighton and Hove Albion. The newly promoted Fulham squad has lived up to the hype coming into the season, with their stars Aleksandar Mitrovic and Andre Schürrle netting their goals early. Brighton came back from the 2-0 deficit with a strike from Glenn Murray, who then scored a penalty kick caused by a questionable handball in the box.

The game ended with a 2-2 draw where both teams snagged a point. In a true David and Goliath matchup, perennial powerhouse Chelsea took on Bournemouth in a game that took nobody by surprise. The Cherries had very few chances and the Blues dominated. Super-sub Pedro netted the first goal which gave Chelsea the momentum, and Eden Hazard later ripped a shot past Asmir Begovic to seal the win. The next contest involved Wolves versus West Ham. This game was filled with chances from both teams which lead supporters to believe that it would end in a draw. But in a stoppage time heartbreaker, Diarra Traore netted the late winner to sink the Irons.

Another game of note was the Newcastle versus Manchester City game. Last year’s champions looked to get an easy three points but Newcastle put up a strong fight. Raheem Sterling netted the first goal but it was quickly equalized by the American international, Deandre Yedlin. Deandre scored his first ever premier league goal with a rocket that went past Ederson.

Finally, the game winner was scored by Kyle Walker who scored a long shot from over thirty yards out. Newcastle has looked surprisingly strong this season and if they keep this up they will be able to finish top 10 on the table.

In a surprising shootout, Cardiff faced off against Arsenal. The Gunners went up early with a header from Shkodran Mustafi, but Cardiff equalized with their first goal of the season. In the next half Pierre-Emerick Aubameyang curled the ball past Neil Etheridge to give Arsenal the lead, but Cardiff quickly equalized again. Finally in the 81st minute, Alexandre Lacazette scored the game winner with a beautiful shot inside of the six yard box.

When Manchester United took on Burnley, a beautiful display of passing transpired. Romelu Lukaku headed a cross in the back of the net in the 27th minute. In the 44th minute Lukaku got the ball inside the six-yard box and netted his second of the day. Last year’s surprise team, Burnley, were defeated 2-0 by the Red Devils. The last game of the week was the most surprising with Watford facing off against Tottenham.

Spurs went up after an own goal by Abdoulaye Doucoure but it was all Watford after that. Troy Deeney netted a goal off of a set piece in the 69th minute followed by a goal by Craig Cathcart in the 76th minute, leaving Watford undefeated in league play.