Las Vegas Lives Up To Its Name As Sin City 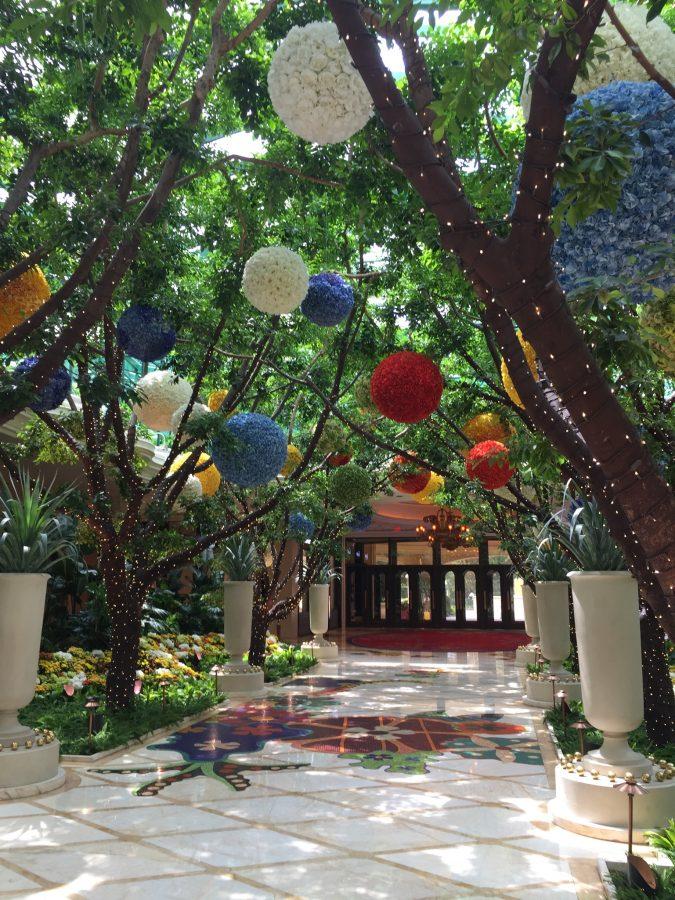 A series of delayed flights, a dinner with three strangers and an Uber driver’s (unsolicited) advice on legal brothels marked the beginning of my trip to Las Vegas. Not long after arriving, it became clear that Las Vegas was a culmination of anything and everything that could possibly entice a human into visiting that hot, arid land.

There were a surprising number of hairs in our room for a five-star hotel, but the Aria did not disappoint otherwise. Full of shops, bars, restaurants, pools and an enormous casino, there were activities for persons of most any age or persuasion. The variety of different people that occupied the casino was astounding — from the down-on-his-luck average Joe to the night professionals, wearing sunglasses and headphones, jittering poker chips and outbetting most anyone that tried them, but the drunks were ever-present. One bachelorette, slurring her words and stumbling in and out of the tenuous grasp of her bridesmaids, was reaching out to give a high five to anyone who would accept it — as if for a last attempt of celebration. I’m sure the beginning of her night was much better, a sad truth for most who visit Vegas, but a profitable one for those in the IV hangover treatment business.

On the twenty-minute walk from the Aria to Caesar’s Palace I encountered more purveyors of the world’s oldest profession than my previous 22 years had taught me to expect, but, surprisingly, Las Vegas is one area of Nevada in which prostitution is not legal. This would lead me to believe that the women I had encountered were simply gregarious strangers that saw no need for excessive clothing in the outrageous Nevada heat. A dry heat, though.

Nevada became the fifth state to legalize recreational marijuana, and for the sake of journalistic integrity I thought it necessary to inquire about how the locals feel about the recent change in legality. Some were profoundly elegant in their responses regarding the safety and attraction of alcohol versus cannabis, how the legalization has affected local taxes and the way tourists have influenced marijuana sales, while another, when asked, simply looked back with glazed, sanguine eyes and patiently uttered, “It’s been cool. No complaints.” The banks won’t deal with the dispensaries yet, so the only dispensary that could accept credit cards had to filter the money through a series of food trucks they also owned, but the details were kept hazy from me. Of the locals (namely Uber drivers) I spoke to, smokers and non-smokers alike were in favor of the legalization. The only complaint exhibited was from a victim of the munchies, regarding a recent gain in weight.

Overall, it was a fascinating — and valuable — experience, but not one most reasonable people could endure for more than a few days. Vegas had certainly earned the title “Sin City.” yet I remain righteous. Now on to Reno, home of the “world’s biggest motels.”