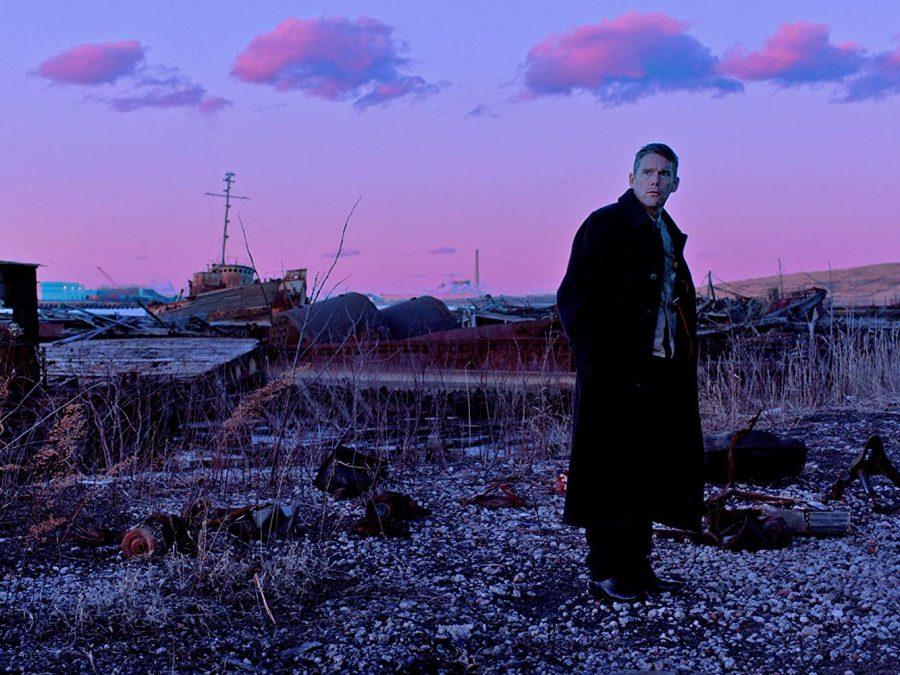 We all take rejection differently, but everyone remembers what it did to Travis Bickle. The disturbed, postwar cabbie, played by Robert De Niro in Martin Scorsese’s 1976 film Taxi Driver, was just looking for a way into society that seemed greased in smut and vice. He was even kind of endearing — a lost, postwar child hopeless in the face of New York society.

“A yellow coffin” is the epithet Paul Schrader, the writer of Taxi Driver, uses to describe Travis Bickle’s vehicle of alienation. Within a clearly vapid society, Travis Bickle, unaccustomed to the viciously acquisitive bent the world had taken, felt alone. Based on the specific circumstances of his life (a psyche retarded by Uncle Sam, a New York City society advanced at snatching innocence, with its pimps, whores and coat of sleaze), Travis Bickle is melted down into a simple, unstable substance: anger. A city that didn’t care how young its prostitutes were had no room for the socially and psychologically deprived ingénue. Travis Bickle, rushed through to maturity, became a dysfunctional adult in a world of practiced human malpractice.

First Reformed, the new film written and directed by Paul Schrader, explores similar themes to the ones concretized by Robert De Niro in 1976. Reverend Ernst Toller (Ethan Hawke) runs a small Protestant church. The locale (upstate New York) is one defined by its ability to epitomize hum-drummery. Reverend Toller’s small sanctuary operates under the arm of the town’s mega-church, Abundant Life, run by the unctuous but corporately-beholden Pastor Jeffers (Cedric Kyles). The town’s grayness permeates into diurnal existence, and Toller has taken up a grayness worthy of a dye-job. First Reformed, the eponymous church of the film, is a small, severely angled establishment. Now serving a tiny congregation, its decidedly important walls make up a rarely-visited curio of the sort whose history could become genre-bent and whose building dilapidated for an episode of American Horror Story (it used to be a stop on the Underground Railroad).

But this film isn’t an outwardly frightening one. The thrust of the plot comes when Mary (Amanda Seyfried, appropriately harried, and very pretty in a frosted kind of way), a young parishioner, confides in Reverend Toller that her husband, Michael (Philip Ettinger), is pushing for her to have an abortion (Pence!). But Michael’s reason is right out of the 21st century qualms-book, if there is such a thing. He does not wish to bring a child into the world because of impending ecological disaster, and is now a militant activist, embroiled in radicalism’s cynicism and anger. Both parents-to-be agree, politically, that the climate needs addressing, but Michael has a concerning brood and newly shortened fuse that leads Mary to think he could be on the brink. And he is. Later, Mary and Reverend Toller find a suicide vest in the couple’s garage. Michael has become an eco-terrorist.

Early in the film, there is a brilliantly staged tête-à-tête between Toller and Michael that most audiences probably will grow bored of. There is no music to cheaply prompt emotion, no exotic camera angles to jar us to revelation, but simply an unmoving two-shot of the two men seated and one-shots that cut back-and-forth from one speaker’s face to the other. It is a philosophical push-pull that is more literary than cinematic, in the best way possible. Toller tells of his tragic past, of the things that brought him to become a pariah of sorts at First Reformed, and Michael makes the very legitimate case for ecological doom, the upshot of which would be a terrible life for their child. Toller is moved by Michael’s commitment and rationale. A man who has not been legitimately needed for some time, Toller finds the debate exhilarating, and his chance to advise brings out his best ideas. For Toller, “Wisdom is holding two contradictory truths in our mind simultaneously, hope and despair … Holding these two ideas in our head is life itself.” That’s all Schrader, delivered by a concerned and earnest Ethan Hawke, and it makes the scene itself worth watching as a standalone.

But First Reformed is not a dialogic film, in the tradition of Linklater’s Before Trilogy or Barry Levinson’s paradigmatic Diner (1982). It is as if Taxi Driver was directed by an art-house director. Instead of the garishness of New York that Scorsese brought us in his film, First Reformed, in an attempt to mimic it surroundings and the mind of its protagonist, is filmed without trappings (the immediate comparison, although a different film, is David Lowery’s A Ghost Story from 2017). Schrader uses barely any music, and shoots the entire film in a 1:1 ratio (basically, the format, instead of filling the entire screen, is a symmetrical box in that fills an even two-thirds of it). There is almost no camera movement. The film causes us to be still, and in turn, replaces the impetus from the director onto the viewer to do the interpretive work.

First Reformed is a film everyone should see, simply because it is born of an entirely different artistic ilk. It is, some may say, an arduous film. Although gripping, at times it is purposely difficult, a “slog,” that rewards concentration and cogitation (think Phantom Thread, but bleaker). You have to meet the film more than halfway, but if you are OK with that, you will be handsomely compensated. The devastating final sequence, where Schrader takes all of his aesthetic austerity and synergizes it into an orgiastic frenzy, clenching every nerve in eye, body and brain, is among the most provocative scenes I’ve seen of late. Hawke puts together his eerie, disturbed stoicism with cellular precision. And although there are other characters in Seyfriend, Kyles, and a perfectly late-capitalist businessman, played by Michael Gaston, First Reformed is fifty-percent Ethan Hawke, and fifty-percent ascetic purpose. Just as Travis Bickle keeps a journal, so does Reverend Toller, an idea Schrader says he originally mined from Robert Bresson’s Pickpocket (1959), and the earlier Diary of a Country Priest (1951). The film itself is just as fastidiously constructed as one might imagine the pages of a priestly diary might be. It serves the film literate in recognizable ways. The minimalist aesthetics work to aid understanding. It is a film that forces the viewer to form their own opinion. The only problem with it may be: how many people are willing to do that?