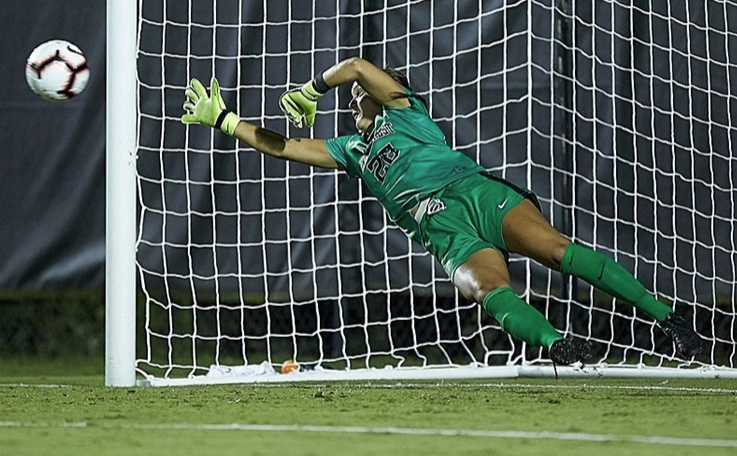 When most people think of Wake Forest soccer, they think of Bobby Muus and the top-ranked men’s soccer team, but everyone should be aware that their counterparts at Spry are having a season for the ages as well. This year’s team is sitting at 4-2-1 with their last two games at home being wins over then-No. 5 Penn State and an offensive explosion in a 6-0 win over Longwood. Boasting an undefeated record at home in 4-0, fans are in for a treat when they venture to Spry to see these ladies take to the pitch.

With 15 goals through only seven games yet this year, the offense is booming in production, while back in net, senior goalkeeper Nonie Frishette has made a whopping 37 saves and tallied three shutouts in those seven games this year. Leading the team are captains Peyton Perea, a senior midfielder, and Madison Hammond, a junior defender.

This year’s team prepared for the season through grueling practices in the hot North Carolina summer. A guiding factor through it all, however, was that those days were what would make them competitive come fall and game time.

“During preseason we really tried to emphasize that competitive edge that we knew would translate to games. Everything we did, every drill, we kept score and it was a tough competition. We also tried to establish an identity in each positional line; we wanted to define who we would be and what we would be known for. Our defenders, midfielders, and forwards all focused on their strengths to build a foundation the team could rely on,” Perea said.

Every summer the team goes through numerous drills and conditioning exercises, culminating in a fitness test at the end. This year, “more people [passed] the fitness tests than any other season … and that is showing on the field,” according to Frishette.

Senior leadership coupled with extreme talent throughout the lineup define this year’s team, and they believe that a deep run on both the ACC and NCAA level are possible. The team has improved year-to-year and this year’s group plans to do everything in their power to keep that going.

“Overall, our goals as a team this year are to win some trophies. We have the talent and depth to win an ACC regular season trophy, and have a chance to go really far in the ACC and NCAA tournaments if we can improve our consistency a little. I’m so excited for the next couple of months,” Frishette said. This year’s team has a lot of newcomers, with 10 players coming in who were not on the team last year. Another main aspect of the summer was to bring the whole team together as one, and get everyone on track and bought in to the mission.

Starring players from 12 states and four countries outside of the U.S., this year’s crew is diverse in thought and background, but united in their goal to succeed.