How To Use Tinder At Wake Forest 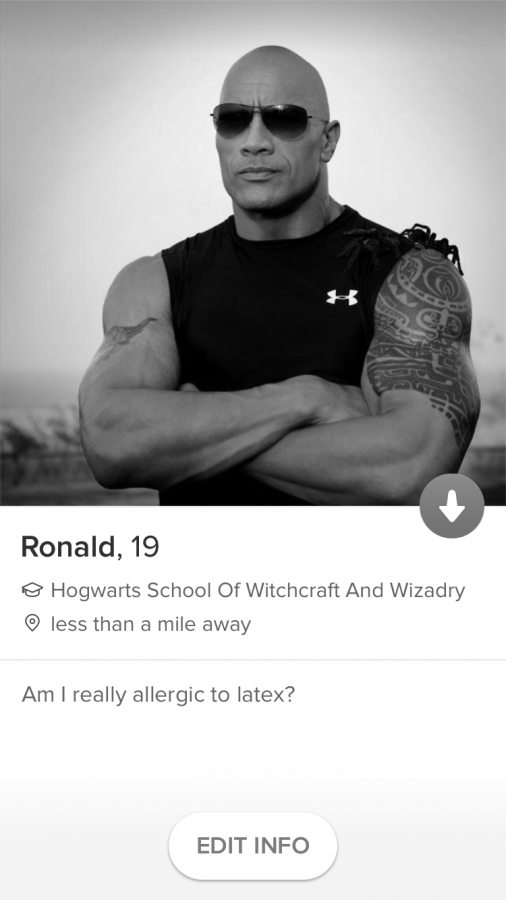 Kia H. and Emma B. ask, “What are your tips for how to use Tinder at Wake Forest?”

This is a fantastic question — very pertinent for a student body in which 77 percent of students are too afraid to use Tinder in case they match with Dean Shore.

Let’s start with building the perfect profile: your picture is the first thing anyone will see on your Tinder, but it’s impossible to know if people will think you’re hot. This is why I strongly advise against posting pictures of yourself to Tinder. If they can’t see you, they can’t judge you. Instead, exclusively post pictures of celebrities — specifically past winners of People Magazine’s “sexiest humans alive” such as Dwayne “The Rock” Johnson or Christina Applegate.

Your next step is to stand out from the crowd with a strong bio. Everyone likes mystery and everyone hates to read, so always make your bio a pithy question. Examples include: “Am I really allergic to latex condoms?” or “Did I actually seduce my 28-year-old Astronomy TA during our third lab when it was 19 degrees outside by saying, ‘my pants are approaching escape velocity’ while we studied Sagittarius through my telescope?” Your virtual suitors will be dying to know.

If you follow these tips, you’ll have matches in no time. The next step is to get flirtatious. Always employ one of the three R’s: risqué, rude or Ronald Weasley. Let’s give an example: Todd Smitherson messages you, “Hey, cute thing.” How do you respond?

First, risqué: “Hi Todd *winky face* *winky face* you sound like a bot, but even bots need chargers for their plugs *eggplant emoji*” Todd won’t know what hit him.

Second, rude: “Dear Todd, consider, for a moment, the presumable decades in which you have used words and formed sentences while interacting with other human beings. Now take another moment and consider the fact that you thought the three words hey. cute. thing. would ever, EVER make another human being desire you. Here’s some advice: delete your Tinder account, call me with an apology at 925-699-5681 *winky face* *tongue emoji*, and literally reevaluate your relationships with every single individual you have ever spoken to.” This dynamite response subtly embeds your phone number within the message, implying to Todd Smitherson that you are actually interested in him and are trying to set up a conversation in a more intimate manner. Genius stuff.

Lastly, say it with me: when in doubt, Ronald Weasley. If neither risqué nor rude are viable options, deploy the Swiss army knife of gifs: an 11-year-old Ronald Weasley devouring bony barbeque chicken wings during his first Hogwarts Great Feast. Not only does this classic scene of cinema prove that you are hip with the kids, it’s also abundantly versatile in its meanings — sensuous, mysterious, cute, carnal and passionate; the entendres are endless.

I hope this advice helps and best of luck on all your future Tinder dates!