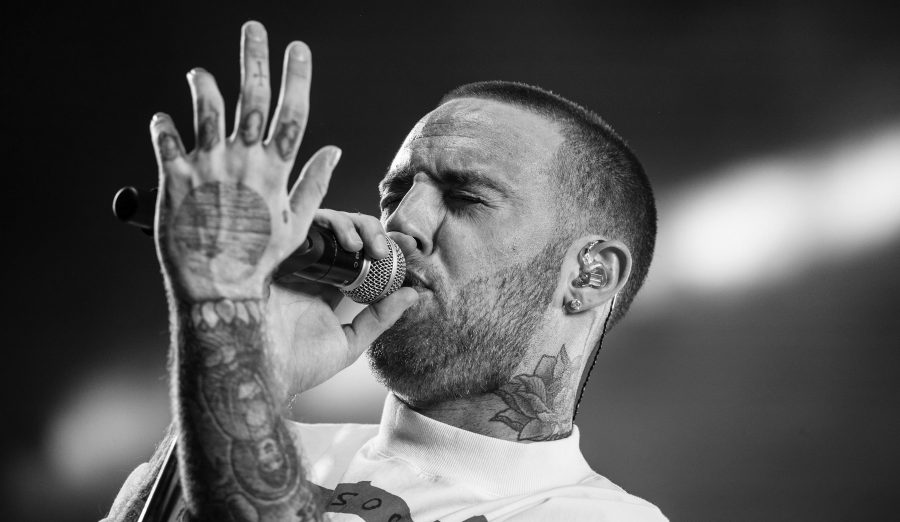 This past Friday brought some of the most devastating pop-culture news in recent memory with the passing of the rapper, singer and artist Mac Miller. He was just 26. For many in our generation, Mac Miller meant a lot and can probably be associated with a certain time of our adolescence. He was a one-of-a kind musician and was only getting better as time moved on.

Miller burst onto the scene around 2010 when he was still a teenager with his mixtape K.I.D.S., highlighted by hit single “Best Day Ever.” His debut album in 2011 Blue Slide Park earned tremendous commercial success but fell victim to terrible reviews due to his tendency to pander. In his early days, Miller was often identified as the white rapper associated with party culture due to his tendency to rap about getting drunk and high. Still, on those records, it was easy to foresee what he could evolve into over time.

In 2013, he took a turn toward the bizarre and away from his pandering ways with Watching Movies with the Sound Off where he began to conquer more prescient issues. In particular, on “Objects in the Mirror,” Miller comments on complicated love and the ill effects of drugs, notably the horrific come down which follows the equal and opposite high of drinking codeine.

With The Divine Feminine in 2016, Miller took his biggest leap forward as an artist. It was around this time Miller’s fame became associated with his relationship with pop star Ariana Grande. Miller abandoned many of his rap roots to put an emphasis on his singing with funky, jazzy beats behind his coarse voice. This was unquestionably his best album to date, showcasing how he was more than the white rapper who talked about getting drunk and high on Blue Slide Park. He was someone who could comment on complex relationships. Most importantly, on Divine Feminine, Miller showed he took himself seriously and fit within the hip-hop community as a rapper comfortable in his own skin.

Just last month, Miller released his fifth studio record, Swimming, arguably the best of his career, one which ended far too soon. Throughout the record, Miller seems to come to grips with his tumultuous year and accept his reality. On “Hurt Feelings” he addresses the May DUI arrest. On “Self Care,” he confronts his tendency to self-medicate, as well as his getting over his former relationship. On the album’s penultimate track, “2009,” a quasi-ballad to himself about how far he’s come since bursting onto the scene in 2009, he comes to grips with the fact that he’s not perfect when he says “Now every day I wake up and breath / I don’t have it all but that’s alright with me.” Throughout the song, Mac sings the refrain “It ain’t 2009 no more / Yea, I know what’s behind that door,” which seems to point to his battles with drug use around that time.

Even as Mac Miller was able to confront his problems with drug abuse through his music the past couple years, it tragically took his life in the end as he passed due to a drug overdose last Friday. It is obviously a shame anytime somebody passes at just 26, but with Miller he truly seemed to be hitting his stride as an artist and person. His two most recent albums showed an artist finding himself and his place in his own music. Miller’s NPR Tiny Desk performance in early August, backed by an amazing band headlined by the bassist Thundercat, shed light into what his upcoming tour would have looked like. Miller was reaching a point in his career where it seemed he was on the cusp of becoming a household name for his tremendous music and performing ability. John Mayer put it perfectly in an Instagram post dedicated to Miller when he wrote, “You gotta know that if you weren’t familiar with Mac Miller, you were about to be.”

It’s truly a shame Mac Miller is no longer with us and we won’t have the opportunity to experience his much-anticipated tour and all the amazing music that was to come. What we’ll have to remember him by is his amazing music that only improved over time and the memories of those who were lucky enough to share time with him.