Spider-Man Swings Onto The PS4 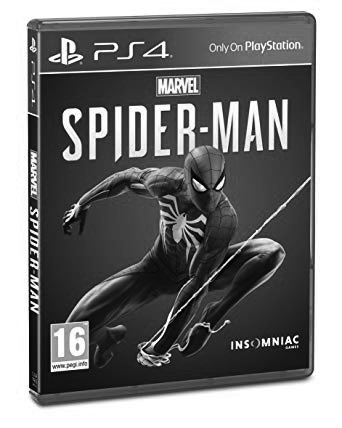 In the current video game landscape populated by various battle royales and loot crate-driven multiplayer games, it seems that the era of the single-player game is over.

However, with smash hits like Horizon Zero Dawn, selling 7.6 million copies worldwide, and God of War, selling five million copies in its first month, the Sony Corporation has shown that the market for single-player games is alive and well.

Veteran studio Insomniac Games, known for the Ratchet & Clank series, was tasked with continuing this trend of massively successful single-player games with Marvel’s Spider-Man. Having sold 3.3 million copies since its release, Spider-Man is a commercial smash. But do the sales indicate a quality game?

The player soon takes control of Spider-Man as he swings towards the first mission of the game. The web-swinging mechanics are intuitive with various controls, such as swinging or zipping to the nearest building. Excellent physics coupled with beautiful graphics make traversing the open world of Manhattan one of the most enjoyable parts of the game.

On the topic of the open-world, Insomniac spared no expense in creating a location that feels lived-in and is filled to the brim with side-missions, Easter eggs, and nods to other Marvel properties.

As the game follows a veteran Spider-Man, he as already amassed quite the rogues’ gallery. Classic villains including Electro, Scorpion and Rhino all make appearances, but the main antagonist of the game is the recently created Mr. Negative.

With a panoply of supervillains and gaggle of goons terrorizing the city, combat is a large part of the game. Combat is reminiscent of the Batman Arkham series with dodges, counters and strikes making up the bulk of the fighting. However, with Spider-Man’s web-shooters, a layer of verticality and versatility is added to gameplay.

In addition to the web-shooters, a variety of gadgets can be unlocked throughout the game. These allow combat to continue feeling fresh after hours of combat encounters.

Along with the gadgets come 28 alternate costumes that can be unlocked throughout the duration of the game. These suits provide fan service to long-time followers of the character.

In an effort to avoid spoilers for the story, this review will not delve too far into the details of the plot, but Mr. Negative and his goons, known as The Demons, prove to be a worthy adversary to the Web Head.

Despite some liberties taken with the source material, the game always feels like a true Spider-Man story: the story of a kid from Queens who uses the gifts he has to better his city no matter the odds.

With stunning graphics, tight combat, and endlessly entertaining web-swinging, Sony’s Spider-Man is a must-have for both fans of the character and anyone who owns a Playstation 4.