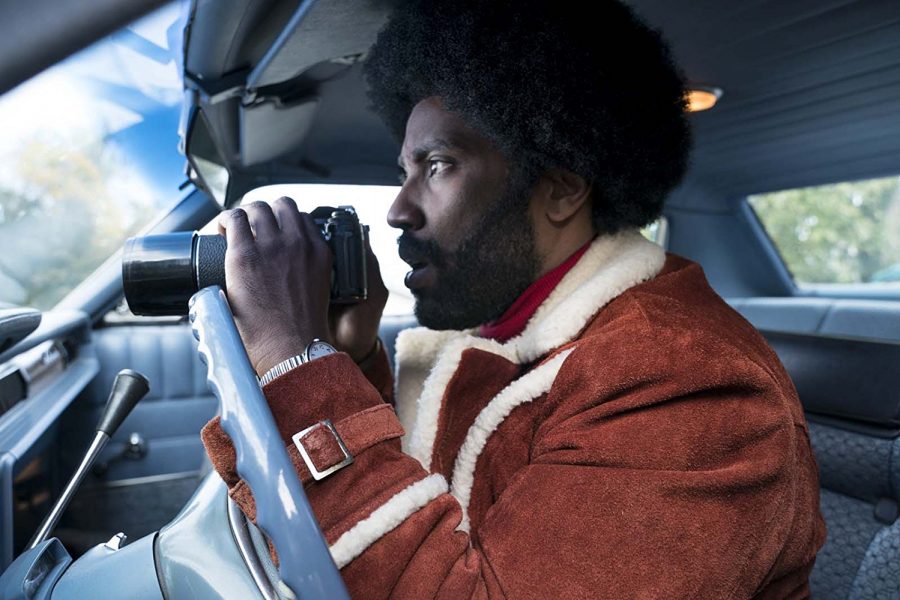 BlacKkKlansman is a movie directed by Spike Lee and was released on Aug. 10, 2018. The movie stars John David Washington as Ron Stallworth, Colorado Springs’ first ever black police officer, and is set in the early 1970s. Another major role in the movie, Flip Zimmerman, (played by Adam Driver) another police officer that acts as Stallworth’s other half in person. It tells the story of how Stallworth was able to become a member of the Ku Klux Klan over the phone, while Zimmerman appeared as Stallworth in order to participate as a white member of the “organization.”

It is important to mention the movie’s expert cinematography; however, this is certainly not why anyone would ever watch it. Spike Lee clearly wanted to make a statement about the racial injustices of the past, but equally as important, the lack of change in this issue currently.

The movie opens with a scene from Gone with the Wind, followed by Alec Baldwin’s impersonation of a KKK recruiter in the filming of a propaganda video. Baldwin clears his throat several times and forgets his lines on occasion, to the point that it is somewhat humorous. It seems like Spike intentionally used Baldwin because he is such a noticeable figure and adds a connection to modern times. The audience finds themselves laughing at Baldwin’s stumbles in the video they forget to pay attention to what he is saying. Our society gets caught up in being followers without stopping to really think about what we are supporting.

BlacKkKlansman also exposes the depth of how much control white police officers had over the community. They were able to operate entirely unchecked and could do whatever they desired. One scene in particular depicts a car of black people being pulled over for no reason and one of the women is groped by a white officer. The rest of the passengers could only watch as they were held at gunpoint against the car. One has to wonder how frequently similar acts go on under the radar today. Sadly, as of now it boils down to a white man’s word against a black’s and is absolutely sickening. Spike teaches the audience this message without holding anything back.

The most meaningful and impactful part of the movie, is at the very end. Spike plays unfiltered footage of the violent events that took place in Charlottesville, Virginia just last year. Although the members of the KKK are portrayed as cartoonish villains for much of the movie, these images bring the audience back to reality and show that the wounds of racism are still very much fresh. It is hard to feel confident in America when one of the last images played is of former KKK Grand Wizard David Duke, praising Donald Trump.

BlacKkKlansman has affected me more so than any other movie I have seen in years past. I highly recommend it as a necessity to be watched and extremely respected.