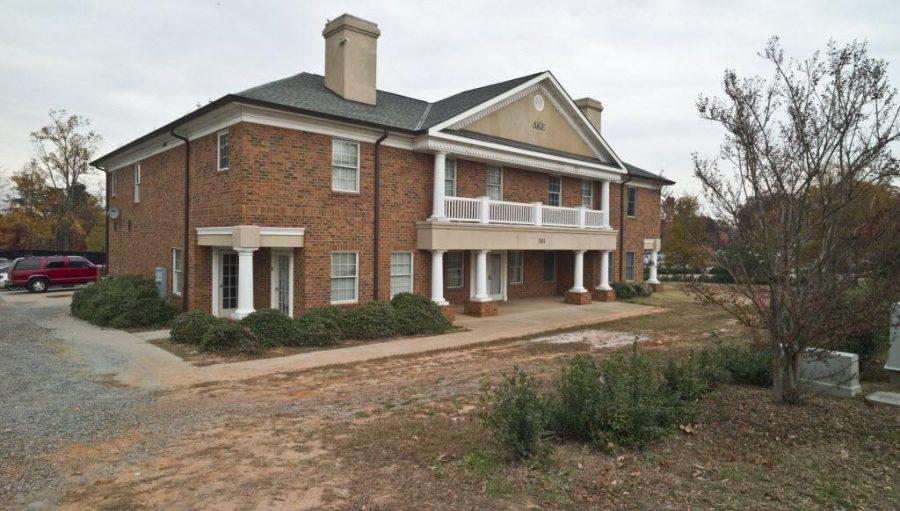 On Wednesday Oct. 10, the Psi Delta chapter of Delta Kappa Epsilon (DKE) fraternity will begin a hearing process in relation to their suspension status and allegations of a violation of the Student Code of Conduct earlier this semester.

This follows a previous deferred suspension that was put in place last year and required the fraternity to register all social events and create risk management plans with the Office of Student Engagement.

The hearing will focus on determining whether the social event on Sept. 1 took place and was properly registered, as well as if the chapter was operating in compliance with rules of their previous deferred suspension. It will also determine whether the organization will receive a further form of relegation.

On Wednesday Sept. 26, the blog post was updated to clarify information surrounding the status of the investigation. The update clarifies when the fraternity was placed on interim suspension, while also noting that DKE held additional unregistered events after that date while the investigation was underway.

Now under interim suspension, the fraternity cannot organize any functions, recruit new members or hold chapter. According to the blog post, the decision to increase the level of suspension was made “out of concern for the safety and general welfare of the community.”

The news of their suspension follows closely after a “timely warning” email was sent in compliance with the Clery Act, which requires the university to issue warnings of serious or ongoing threats, to the student body on Sept. 16. It stated that there were two allegations of sexual assaults at 1101 Polo Road, the location of DKE’s fraternity house, anonymously reported to the University. The email emphasized that the victims’ and assailants’ identities were unknown and referred to the location as a “a private property immediately off campus.”

“As of now all charges are merely allegations and I’m not going to comment on the merit of these allegations,” said DKE President Walker Rise in an email to the Old Gold & Black on Sept. 22, following the initial announcement of the interim suspension.

Although not attributed directly to the fraternity in the “timely warning” email, the original blog post brought up the allegations of assaults as another “recent concern” and stated that “it is also unknown at this time if the alleged incidents are individual or organizational in nature.”

In the updated version from Sept. 26, an addition was included in the blog post to further explain the nature of the allegations of sexual assault. Specifically, it stated that “since neither anonymous report identified the victim, possible assailants or witnesses, police are unable to begin an official investigation unless additional information becomes available.”

Rise voiced concerns about the misconception that the investigation was about the allegations of sexual assault and stated that it needs to be clarified that it is focused solely on the unregistered party.

“The [university] has said they intend to update the general public on a broader scale soon, however we are still waiting to hear more on that,” Rise said in regards to clarifying the nature of the investigation.

According to Fraternity and Sorority Life Director Betsy Adams, the hearing for DKE aims to uncover facts specifically about the Student Code of Conduct violations.

“[The investigation] can involve interviews, reviewing police reports, and any other available evidence. The length of an investigation can vary, depending on the complexity of the situation,” Adams said.

When asked about the state of the investigation, Rise said that the fraternity has been cooperating fully. Along with members of the organization providing statements to the Office of the Dean of Students for use in the upcoming hearing, Rise said he has reached out to administrators in an attempt to further contribute to the investigation. After the blog post was first released, Walker stated in an email to the Old Gold & Black on Sept. 22 that the University’s method of communication with the public had “negatively affected” his wellbeing.

“Personally, I can say that this investigation has been extremely tough on me and other members of the executive board,” Rise said in a later email. “I feel as if my academics and search for employment have definitely been negatively impacted. I have raised concerns about my academics to administrators and I feel that they have not been taken seriously.”

Once the hearing is completed, it will be determined whether the fraternity will receive any charges. If they are found responsible for the charges, the result could range from continued suspension to the revocation of their recognition by the University.

“The chapter can appeal the decision within 10 days from the date of the notification of the decision. If the process runs through all phases, it can take up to 60 days for final resolution,” Clifford said.

Before the initial blog post was uploaded to Wake Forest’s website, Adams facilitated the news of the interim suspension earlier on Sept. 19 by sending the announcement to the parents and family members of current DKE brothers and leaders of other Greek Organizations in an email. The message was also shared with members of the Parents Council.

“The parents and alumni who have reached out have mostly been looking for clarification, as I believe the information that was disseminated to them could have been worded much more clearly, as they led to many false rumors and conclusions,” Rise said. “We have been working tirelessly to communicate with parents and alumni on the matter. Through this proactive communication, we have developed strong relationships with both parties and feel that we have a strong force behind us.”