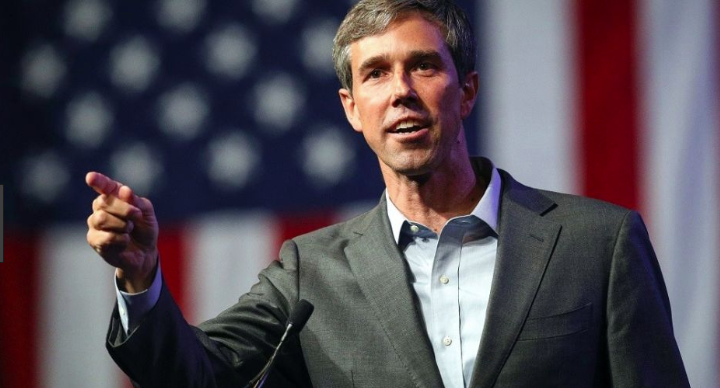 For almost a quarter century, the idea of a progressive Democrat winning a statewide race in Texas has been little more than a leftist fever dream. That is, until now. Enter Rep. Beto O’Rourke of El Paso, TX, Democrats’ resident heartthrob. He’s young, he’s idealistic and he’s scaring the living daylights out of the smarmy, condescending incumbent Republican Sen. Ted Cruz.

No Democrat has won a statewide race in Texas in almost two and a half decades. Even six months ago, the Lone Star State never should have become a battleground. Even though Cruz is reportedly loathed by his Senate colleagues and many of his constituents, his war chest outpaces that of almost any other candidate anywhere, which is to be expected of one of the biggest alligators in the D.C. swamp. And come on, this is Texas — a place where agitation for outright secession is par for the course.

But something about O’Rourke’s campaign is different. According to the most recent polling data aggregated by Real Clear Politics, he trails Cruz by just about four percentage points, with more than 20 percent of the electorate still undecided. Considering that the margin of error for the poll was three and a half percentage points, O’Rourke is effectively within shouting distance of Cruz; Real Clear Politics also recently adjusted its ranking of the race from “leans Republican” to “toss-up.”

Sure, there are other promising candidates working to turn deep-red states a little more magenta — Phil Bredesen of Tennessee, Kyrsten Sinema of Arizona and Jacky Rosen of Nevada come to mind — but O’Rourke is the one I consistently refer to when my family and friends ask me which up-and-coming Democrat gives me hope for our party. Why?

His trajectory reminds me, poignantly, of the path of one certain other young Senate candidate, whom few outside Illinois knew at the time. With his Lincoln-lanky stature, preacher’s cadence and palpable urgency, his similarity to Barack Obama at the 2004 DNC is hard to miss.

O’Rourke’s disarming success on the campaign trail in stop-sign-red Texas points to something obvious — he’s far better at this than the average Democrat, and he’s working damn hard. Early-morning running town halls are his speciality (he has held 321 total, including those of the stationary variety), he has visited all of Texas’s 254 counties and he wasted no time in starting to return to each one. He’s also made the determination to go it alone with zero donations from political action committees or special interests. Unlike some of the paint-by-numbers politicians in the Democratic party, O’Rourke hasn’t focus-grouped his campaign to within an inch of its life. He swears, sweats prodigiously and talks about politics the way that my friends and I do — his campaign has an authenticity and energy that is arrestingly similar to the sentiments Obama awakened years ago.

For a candidate in a race that should be a slam dunk for Republicans, O’Rourke has also embraced an unapologetically progressive agenda. As a Congressman from El Paso, he has established immigration as his signature issue, repeatedly denouncing talk of a wall and emphasizing the way in which his border town works in symbiosis with Ciudad Juarez and the importance of the economic and cultural relationships between the U.S. and Mexico. He’s also advocated for single-payer health care, a serious re-examining of the operations of U.S. Immigration and Customs Enforcement, marijuana legalization, citizenship for Dreamers and other policies meant to benefit minorities, immigrants, those from lower socioeconomic strata and the generally disenfranchised.

O’Rourke would make a wonderful senator, and the sight of Cruz packing up his Russell Senate Office Building office would be as delicious as a warm Krispy Kreme doughnut. But at a time when the Democratic party lacks a clear leader, he could possibly be an even more promising figure if he lost the senatorial race in November. The election will be decided within an extremely slim margin either way, and by virtue of making a bright red state a statistical battleground, O’Rourke has already commanded a massive amount of attention, admiration and enthusiasm. Were he to unseat Cruz, he couldn’t be sworn into the Senate in January and immediately go for corn on the cob in Iowa and pancakes and maple syrup in New Hampshire.  If he lost by the skin of his teeth, however, he would still have the campaign infrastructure and national attention to launch a presidential run.

Should the oleaginous Cruz return to the Senate, I’ll surely wonder what Texas could possibly have been thinking, but you can bet your bottom dollar Beto will be high on my list for 2020.

O’Rourke may occasionally jest on the campaign trail that “the only things you’ll find in the middle of the road are yellow lines and dead armadillos,” but in practice, he’s expertly threading a very fine needle between staunchly progressive values and a bipartisan spirit at a time when political tribalism and ideological tensions are rife. No matter what happens this November, Beto O’Rourke will become a household name.