Banff Is Filled With Breathtaking Scenery 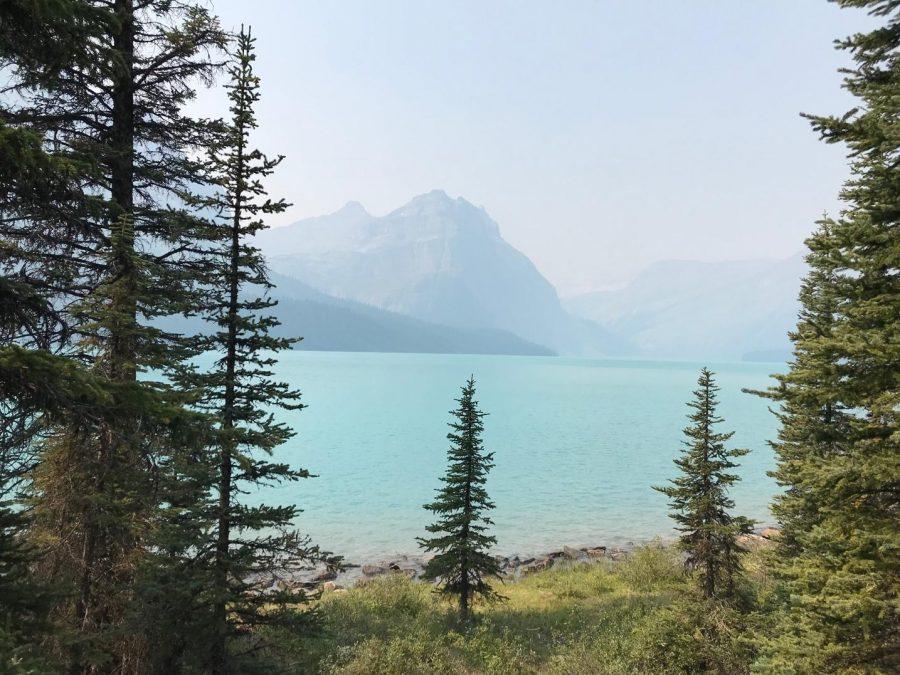 This past summer, my friend and I planned a spontaneous backpacking trip to Banff, Canada. We left on a Thursday morning, planning to return Sunday, and drove seven hours to our destination. Even on the drive, I was mesmerized by Canada’s beauty; I had never seen anything like it.

Our first stop in Banff was to the Visitor Center to pick up our permits. However, we were told that the area we had planned on camping in was closed due to a forest fire. Thankfully, a helpful ranger got us set up at another backcountry site at Hector Lake, which was one of the many breathtaking glacial lakes in the National Park. One of the defining features about Hector Lake was that we had to ford, or cross, a river that was about knee-deep. It was a short two-mile hike in, and we set up camp right next to the lake. We only had a few neighbors, but everyone we encountered was very friendly. People from all over the world sought out to explore the beauty of Banff, including from Norway, China and Australia.

We decided to go into town on Saturday after spending time exploring Hector Lake. After almost running out of gas, we arrived at the town of Lake Louise, which is a commonplace for many tourists but offered good food and shops. One recommendation would be Bill Peyto’s Cafe, which offers a log cabin setting and a variety of food, including elk burgers and sweet potato fries. When we left the restaurant, it was drizzling.

By the time we reached the trailhead, it had turned into a formidable storm. We were wrong in thinking it would pass by Sunday morning. If anything, it seemed to have escalated overnight. We made the executive decision to leave since there seemed to be no sign of the storm subsiding. We made it to the river and inevitably found it had risen to mid-thigh height. Nonetheless, we were forced to cross.

After successfully making it to the other side without the current sweeping us away or being struck by lightning, we considered ourselves pretty lucky and began the drive home. At the border, however, there was another obstacle. We found out that the tabs to my car were expired, but the border patrol was kind enough to let us through. He offered us one warning: “Just don’t get pulled over.” Easy, we thought. Neither of us had ever been pulled over before.

Soon after crossing the border, we reached a small town called Bonner’s Ferry. The speed limit changed unexpectedly and sure enough, we see the flashing lights behind us. After asking us for our license and registration, the cop told us he was not going to give us a ticket but to watch our speed and that my tabs were expired and told me to get them renewed once I got home. We thanked him profusely and breathed a sigh of relief.

Being our first independent trip in a foreign country, we tried to prepare as thoroughly as possible. However, through this experience, I realized many things come unexpectedly and it is necessary to be flexible and that you learn from doing, even if that means making mistakes. That being said, the spontaneity of the trip was what made it memorable. It all worked out in the end. Despite all the setbacks, we were able to rely on each other, saw mesmerizingly blue glacier lakes, and met diverse and interesting people along the way, so I’d say we were pretty lucky.

If you enjoy backpacking, hiking or camping, Banff is a must-see. This destination offers options for everyone, ranging from backpacking sites to day hikes and either tent or RV camping.

You are definitely in for an adventure if you go here.