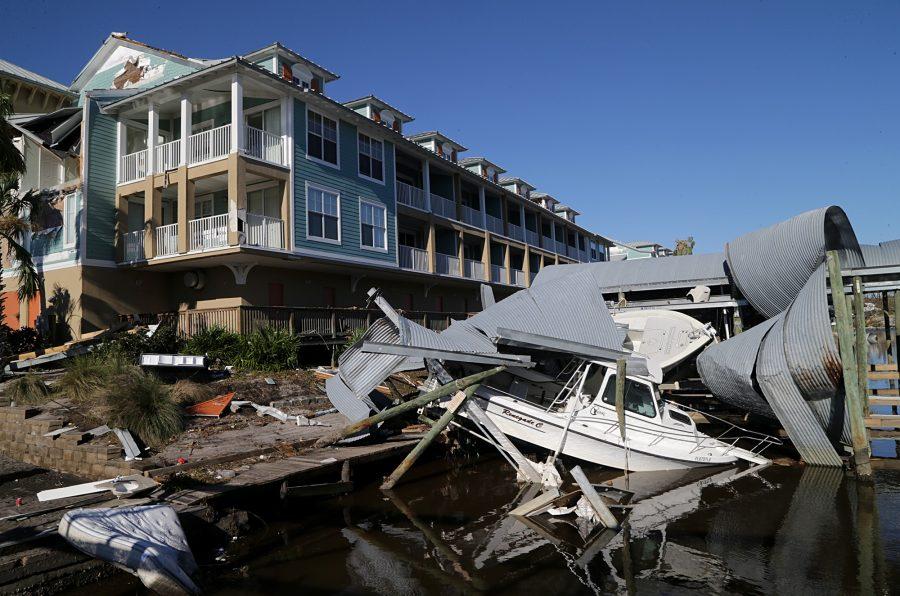 As Wake Forest students and faculty anticipated the start to fall break on Thursday, Oct. 11, Floridians and southerners braced for the landfall of yet another storm, Hurricane Michael. Blazing through the Florida Panhandle Gulf Coast as a Category 4 storm with winds over 150 miles per hour, Hurricane Michael left mass destruction and a death toll of 17 in its wake.

However, Hurricane Michael experienced a gradual lessening of wind speeds, degree and impact as it traveled northward through the Carolinas. Due to this, Wake Forest and surrounding areas only had minor effects.

Watching or reading about weather and news reports regarding Hurricane Michael, the Wake Forest community monitored the storm’s progress and impact from the comforts of their home or residence hall.

A Wake Alert sent on the afternoon of Thursday, Oct. 11 notified students and faculty of any adverse conditions on campus and reported the minor, yet tangible effects of Hurricane Michael’s passage through the Carolinas.

These included electrical outages in the Porter Byrum Welcome Center and Sterling Hall, the downfall of a large tree obstructing Allen Easley Street, trees down near Reynolda Village and Graylyn Conference Center, water leaks in some of the residence halls and buildings and flash flooding on campus.

As Wake Forest continued to assess the local damage inflicted by Hurricane Michael, administration classified the effects as minor and allowed campus to remain open and to operate under normal conditions during fall break.

This differs in comparison to the closure of campus necessitated by Hurricane Florence a few weeks ago, as the conditions during Hurricane Michael did not impede the operations of Wake Forest.

“[There was] ankle-deep water outside the east entrance of Starbucks,” said freshman Amelia Schulte.

This episode of flooding, while mostly classified as benign, created a notable obstacle in the walk to Starbucks.

Many students concurred, expressing dislike for the sheer amount of rainfall that left them soaked by the time they arrived at their destination.

In this way, while posing minimal physical obstacles or threats to the security of Wake Forest and Winston-Salem, Hurricane Michael definitely impacted the emotional atmosphere of campus during fall break.

“[The hurricane] definitely put a damper on the mood of fall break for those who stayed here,” said freshman Ansley Rae Page.

This led some students to report that they resorted to movie marathons, some in Angelou’s high-tech media room, as well as reports that the gloomy weather provided that additional external influence needed to focus some students on the necessity of staying inside to study for their upcoming midterms.

Any way the students chose to spend their time on campus during Hurricane Michael, they were able to weather the storm effectively.