Delta Kappa Epsilon Fraternity To Be Shut Down 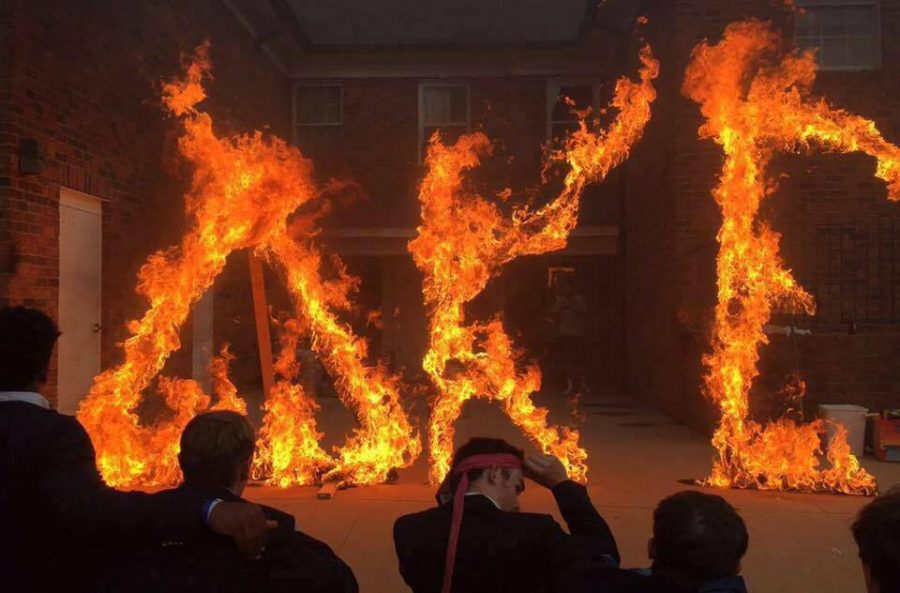 Following an administrative hearing that took place on Oct. 10, the Psi Delta chapter of Delta Kappa Epsilon (DKE) was closed by the university on Oct. 15 for multiple violations of the Student Code of Conduct.

Although the fraternity is now officially not recognized on campus, former DKE President Walker Rise said that the chapter intends to request an official appeal of the decision.

The hearing took place in one session and reviewed the findings of the investigation that began on Sept. 2, directly after DKE was reported for hosting an unapproved social event at their off-campus house and was placed on interim suspension.

“Organization administrative hearings are always held with an advisory panel, composed of one faculty member, one staff member, and one student. The panel serves in an advisory capacity to a member of the Dean of Students’ staff, who presides over the hearing,” said Associate Dean of Students Matthew Clifford.

Clifford also explained that administrative hearings are private, making only the decision and sanctions available to the public. The select individuals allowed in the hearing include: “the organization’s representative(s), hearing panelists, hearing officers, witnesses and assigned members of the Board of Investigators and Advisors,” according to Clifford.

As stated in a blog post by the Office of Student Engagement, the chapter was closed due to a “failure to follow a mutually-agreed-upon social events risk management plan.” The post also cited an “unauthorized party with a keg” and DKE’s “lack of compliance” with their suspended status as other reasons for its closing.

DKE had been placed on deferred suspension last year because of an initial violation of the Code of Conduct, prompting the university and the fraternity to make an agreement.

The blog post’s final paragraph noted that “the two anonymous reports of sexual assault alleged to have occurred at the fraternity’s house at 1101 Polo Road on Sept. 14 were not considered in the administrative hearing and did not factor into the decision to suspend the chapter’s recognition.”

For the appeal process to begin, the blog post explains that the fraternity must contest the decision within 10 days of the decision to the Student Life Committee.

The appeal itself has to fall within one of the following categories: there was an insufficient amount of evidence to support the decision, the sanction was inappropriate based on the allegations, new evidence has arisen and/or there was a procedural error that impacted the outcome.

“All I will say on the matter right now is that the fraternity will be appealing the decision on the grounds that the sanctions are disproportionate to the infractions and that we have continued support from our alumni,” Rise said in an email to the Old Gold & Black.

Once the fraternity officially appeals to the Student Life Committee, which is comprised of three students, three faculty members and three staff members, a final decision will be made on their status.

If the chapter’s appeal does not change or reverse the original sanction, the chapter will officially lose its recognition from the university.

According to Fraternity and Sorority Life Director Betsy Adams, the university is in discussion with the DKE Alumni House Corporation to discuss the future of the fraternity’s off-campus location at 1101 Polo Road. If the appeal fails, the corporation will have complete discretion over the future of their property, in which DKE has been housed since the early 2000s.

If the appeal is not processed, DKE will be able to apply for recognition again on May 31, 2022. According to Adams, the fraternity must be completely inactive before this date in order to be accepted back into the campus community. The four-year period would restart “if there is evidence of activity, recruiting, social functions” or other similar activities.

“We have spent the last couple of years working with our chapter leadership to clarify university expectations in regards to supporting unrecognized fraternities and to support the creation of shared expectations in each of the governing councils,” Adams said. “The expectation is that our active chapters and their members would not support ongoing activity by a chapter which is no longer recognized by the university.”

When DKE’s interim suspension was announced, AP News and The Charlotte Observer, among others, reported on the status of the fraternity. Since the announcement of their closing, the Winston-Salem Journal and Fox Channel 8 have reported on the developments.

Despite the news coverage of DKE outside of the university, Assistant Vice President of News and Communications Katie Neal said that the media attention is “consistent” with similar events.

When Kappa Sigma and Sigma Nu were closed by the university in 2013 and 2014, respectively, both local and national news outlets reported on the Code of Conduct violations and following sanctions for the fraternities.

Once the Student Life Committee officially hears the intended appeal from DKE, a final decision will be made on the status of the fraternity and the decision will either be reversed or the four year period of inactivity will begin.

“The fact that the university made the decision to close the DKE chapter indicates our resolve to hold students accountable to our Code of Conduct. We are committed to working with all our chapters to make sure our fraternity and sorority community thrives and aligns with the values of Wake Forest and their national organizations,” Neal said.