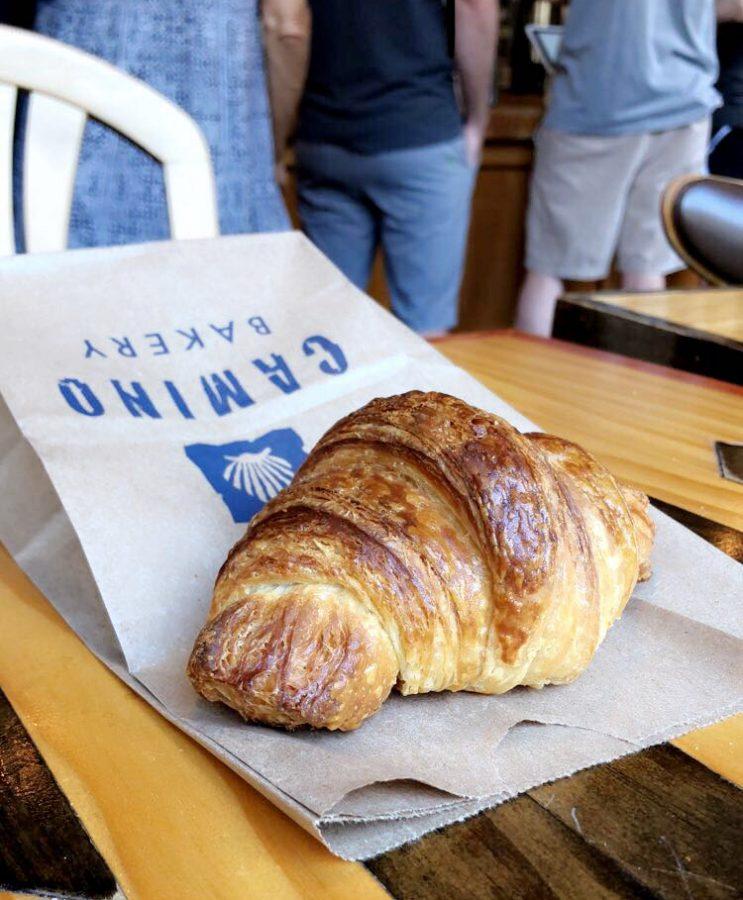 Are you looking for a change of scenery in study space? Do you want to go to a hip downtown outlet that boosts your aesthetic and only compromises some of your relative productivity compared to the library? If so, then I am here to give you the definitive guide to making an informed decision between Camino and Twin City Hive. Hopefully, with my carefully curated thoughts and opinions on the two coffee shops, you can decide where to post up on your next downtown outing.

If you’re the type of person who is able to stand the hustle and bustle of the ZSR Starbucks combined with their attempts to play appealing and trendy music, then Camino might be your new spot. Located in a prime location on Fourth Street (right beside Mellow Mushroom and across from Aperture Cinema, if you need ideas for a better downtown excursion), Camino is a hotbed of activity for people looking to pop in for a quick beverage. Thus, if you are someone that is able to find solitude amongst crowds, then the heavy business of this shop could be ideal for your study habits. However, if you are someone who studies in your dorm room or appreciates a nice, secluded alcove in the library for peace and quiet, Camino would not be the kind of place that you would like.

In terms of furniture and actual workspace, Camino has a very standard setup. The joint boasts wooden picnic tables, high-backed chairs perched at basic tables and several seats facing Fourth Street. This setup is highly favorable for people watching, which is always much more intriguing when removed from the homogeneity of Wake Forest’s campus. Camino is the sort of place that you can see circular, tortoise-shell eyeglasses and corduroy pants rather than the standard sandals, khaki shorts, and illustrated pocket tees. Thus, at Camino, you can type a page and a half of your religion paper and get a mild change of pace from the humdrum of Wake Forest.

On the other hand, Twin City Hive is a little more off the beaten path. The shop is nestled into a complex (sharing a building with the singular Señor Bravo’s) in Brookstown, which is a little less than a mile outside of downtown Winston-Salem. The space is much more eclectic and divided than Camino and promotes more privacy than its counterpart. It even has a separate study room removed from the rest of the joint. Twin City Hive also boasts a greater variety of furniture, so if you want to nestle into a couch to read, then you are free to do so. Thus, I would definitely give an edge to Twin City Hive in this avenue for the sheer diversity of its seating.

When I visited Twin City Hive, I felt a greater commonality with the fellow inhabitants of the venue. While this could feel obtrusive to some, I enjoyed the communal feel of the place. Their inventory also boasted coffee from Perfect Blend (located in beautiful Lexington, NC) and it was nice to see the shop pay homage to local retailers. I personally enjoyed the vibe of Twin City Hive much more; it felt much more intimate and cozy as compared with the corporate Camino.

In terms of the actual coffee served at the two shops, I cannot claim to be qualified enough to comment on the merits of the beverages. One of my more cultured friends claimed to prefer the drinks at Camino, so take that as you will. However, if you are like me and don’t really have a preference as long as there is sufficient caffeine in the cup, then either one should suffice. Twin City Hive does offer more in terms of retail to buy and take home, but that is probably mostly beside the point on a campus that has traditional coffeemakers banned.

While I do prefer Twin City Hive to Camino, the two offer very different atmospheres and vibes. If you like a social setting and are fine sacrificing productivity, then Camino might be a better match for your tastes. However, in my humble opinion, Twin City Hive is the better option of the two. If you want to have a casual hangout with some friends somewhere not at Wake Forest, then you can find it at Twin City Hive. In addition, the shop also offers more avenues for genuine productivity. Thus, Twin City Hive proves to me to be a much more versatile and well-rounded site. So, next time you decide to venture out into the greater Winston-Salem community, look no further than Twin City Hive.