Remembering This Article: How To Improve Memory 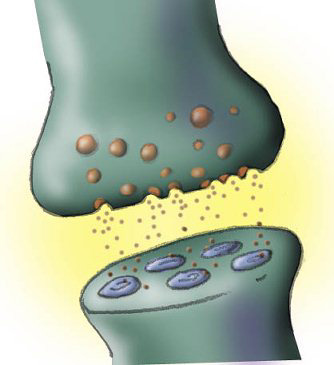 As a college student, I’ve noticed there seems to be a correlation between having a better memory and having a better GPA, and, since I’m always trying to improve my GPA, I decided to see what I could do to improve my memory. Since I’m fascinated by neuroscience, I started doing some research which led me to the real question: Is it possible to improve your memory, and if so, how?

For instance, when taking my last calculus exam, I looked over my derivative equations, constantly repeating them in my head before writing them at the top of my test. Once I wrote them down, I didn’t have to keep repeating them, which allowed me to jettison that information and focus on something else.

Long-term memory entails retaining information in a more permanent form of storage for days, weeks or even a lifetime. This is something that results from active learning, like practicing Spanish vocabulary terms for many days in a row, eventually incorporating them into your lexicon.

Through a process broadly referred to as memory consolidation, short-term memory can be converted into long-term memory when there is sufficient activation in the synapse (a connection between two neurons, which are a type of cell in the brain) where a memory’s information is encoded.

For example, repeating the dates of the Civil War fifty times triggers a physiological response in our neurons, allowing neurotransmitters — chemical messengers that communicate information — to propagate between cells.

More specifically, this leads to long-term potentiation (LTP) — essentially the strengthening of the synapse where a memory is encoded. During LTP the number of neurotransmitters released by the leading neuron increases and the subsequent neuron becomes more sensitive to those neurotransmitters. Thus, that memory is more easily activated.

Another important concept when exploring memory is knowing that our brains don’t remember all types of information equally well; biologically, we are predisposed to remember things using the “visual-spatial memory,” which helped our ancestors survive by visualizing where to find food and resources, the route home and if a plant was edible or poisonous. I was subtly hoping there would be a “Miracle Memory Drug,” and was surprised to learn that taking advantage of our evolutionary adaptations is the best way to improve our memory.

Both sources agree that artificial memory consists of two basic components: images, which represent the contents of what one wishes to remember, and places, which are where those images are stored.

This culminates in an idea called the “memory palace” technique where one creates a space in the mind’s eye, somewhere well-known and easily visualized that can be populated with images representing what you want to remember.

These places can be big or small, real or imaginary. As long as there is a logical progression linking one image to the next, your memory palace can be anything from the route to the gym from Johnson or the inside of Farrell.

The memory palace purpose is to use one’s visual-spatial memory to structure and store information whose order comes less naturally, like your shopping list. The more senses you incorporate into your images, the better.

For instance, imagine you are walking through the front door of the library and at the welcome desk you smell a waft of cinnamon. You walk a little further and, sure enough, right by the printers you see a cinnamon stick in an animated battle with an angry spoon. To me, that means I need to pick up cinnamon crisp Kashi cereal. Walking a little further, I see an opaque waterfall, reminiscent of milk pouring into my cereal bowl.

Two items down, twelve to go. The beauty of this technique is its translatability to a wide array of memory requirements, such as a shopping or to-do list, phone numbers or Spanish vocabulary terms. This technique is one of many employed by world-class mnemonists.

If you’re interested in learning more about techniques to improve your memory, Google the World Memory Championships or, better yet, (if you remember the name) read Moonwalking with Einstein. It’s a great book.