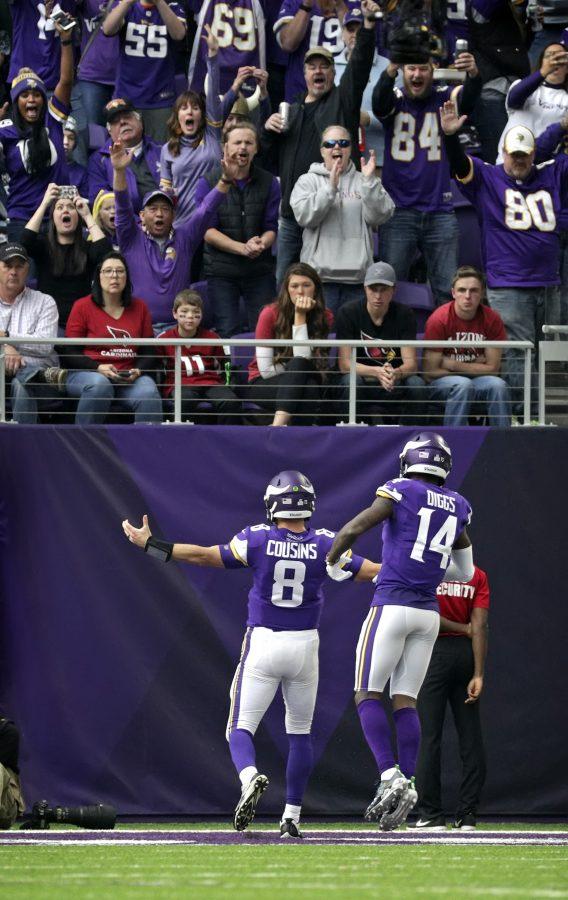 Through seven weeks of the NFL season, the standings are truly starting to take place. With a number of matchups this past week between playoff contenders, there was no shortage of exciting playoff drama.

In this game in Philadelphia, the reigning Super Bowl champion Eagles jumped out to a commanding 17-0 lead after three quarters. With such a large lead at home, it seemed almost certain the Eagles would close it out to get back on the winning track. Cam Newton and the Panthers, however, had different plans, scoring 21 unanswered points in the fourth quarter. Following this 17-point collapse at home, the Eagles are now 3-4 and two games out in NFC East following their dominant campaign a year ago. It will be interesting to see how this unbelievably talented team bounces back, especially as division play heats up. Meanwhile, the Panthers are now 4-2 and just a game back of the Saints.

This game was dubbed the game of the week entering Sunday, and it undoubtedly lived up to the hype. The Saints entered the game with the league’s No. 1 scoring offense and the Ravens entered with the No. 1 scoring defense and having not allowed a second half touchdown all season. The Saints ended that streak though, coming back from a 17-7 third quarter deficit to take a 24-17 lead in the second half with just two minutes to go. Joe Flacco and the Ravens were able to march right down the field and score the would-be game tying touchdown on a Flacco pass down the sideline to John Brown with about 20 seconds remaining.

Trailing 24-23, the Ravens only needed an extra point by Justin Tucker to tie the game and force overtime. Tucker, the greatest kicker statistically in NFL history, missed the first extra point of his seven-year career to lose the game for Baltimore.

New Orleans now sits atop the NFC South at 5-1, meanwhile the Ravens fell to 4-3 and in a tie for second place with the Bengals behind the Steelers in the AFC North.

After starting the season on a rough note, the Vikings appear to have righted the ship after pounding the Jets this past weekend 37-17 in New York. The Vikings’ offense is firing on all cylinders behind the connection between Kirk Cousins and Adam Thielen which has resulted in seven consecutive games with 100 yards receiving by Thielen to start the season. Latavius Murray has also filled in nicely in Dalvin Cook’s absence, and he rushed for 69 yards and two touchdowns against the Jets. It should be interesting to see how the Vikings continue to play as their schedule heats up with upcoming games against Saints, Bears, Packers and Patriots in their next five games. If their defense continues to improve and hopefully return to last year’s form, the Vikings should be a force to be reckoned with amongst the likes of the NFC giants in the Rams and Saints.

This upcoming week has some pivotal games with major playoff implications. In particular, the Rams take on the Packers in Los Angeles, the Ravens and Panthers face off in Charlotte and the Saints and Vikings face off in Minneapolis in a rematch of last year’s Minnesota Miracle.