Embrace The Spirit Of Halloween With These Films 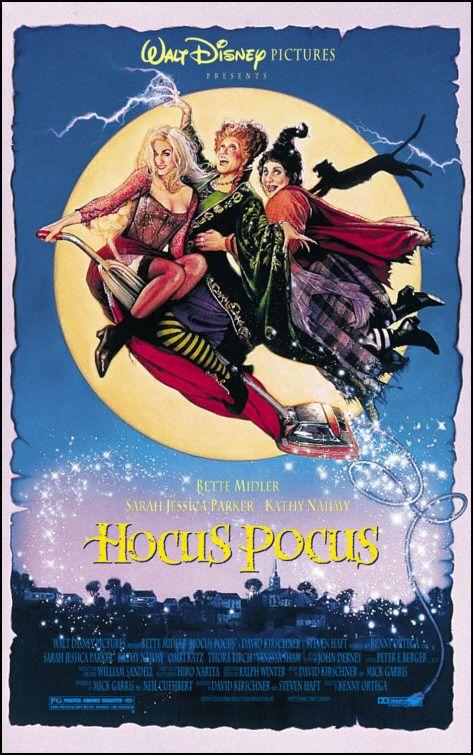 With Halloween approaching, what better way to get into the spirit than with binge-watching some classic spooky films? Whether it’s horror movies or the Charlie Brown Halloween Special, everyone has their own personal favorites that make them think back to walking block-by-block in their neighborhood, dressed as something their mom bought them from Party City. Here are a few classics that get everyone ready for an all-time favorite holiday.

Hocus Pocus is a childhood classic for many college students. Growing up, there was nothing more terrifying than watching the Sanderson witch sisters from Salem, Massachusetts attempt to suck the souls of young children for eternal youth.

Throughout Halloween night, these three witch sisters are resurrected from the dead and run loose in a modern-day Salem while two teenagers (Max and Allison) try their best to protect the neighborhood children. Between the Sanderson sisters’ sinister nature and Max sacrificing himself to save his little sister, you will find yourself scared of how much you love this movie. This movie is a must-watch during the Halloween season.

For a change of pace from the eerie and the unsettling, Ghostbusters is the comedy that everyone needs to watch before Halloween.

Even if ghosts or the paranormal is not your thing, Bill Murray’s role as a ghost “investigator” and “eliminator” is enough to make anyone fall in love with this classic movie.

Besides, the movie comes with a great song, also called “Ghostbusters,” that will be stuck in your head well past Halloween.

The Halloweentown series is some of Disney Channel’s best work by far. It’s safe to say that every child wanted to take a trip to Halloweentown and hang out with Grandma Aggie Cromwell.

“Every time you went on Disney Channel during October, Halloweentown would be on and would put me in the perfect Halloween mood,” Reddy said.

No movie has been able to romanticize Halloween quite the way Disney Channel did in this series. Halloweentown captured the spirit of Halloween within four movies, therefore creating timeless classics perfect for October.

Another great way to get in the Halloween spirit is binge-watching all eight Harry Potter movies. There really is nothing spookier than the antics that occur at Hogwarts. Headless ghosts, moving staircases, three-headed dogs and an evil lord with no nose out to take over the wizarding world — the Harry Potter series really covers it all.

Only one movie in, you’ll wish you were a part of the heroic trio of Hermione Granger, Ron Weasley and Harry Potter. By Deathly Hallows Part II, you will find yourself in full denial that you were born a Muggle and do not have the ability to attend Hogwarts.

Not only will these movies get you ready for Halloween, but you may find yourself rewatching each movie multiple times — even after Halloween.

There is nothing better than spending a few hours watching the creepiest family on TV. Between Wednesday Addams’ affinity for homicide, Minerva and Gomez’ twisted romance and Cousin It, no part of this family makes sense.

Completely enthralled by evil, the Addams’ strange values will leave you feeling unsettled and maybe a little confused, but ready for Halloween.

And if you find yourself wanting more of the Addams family, you could watch The Addams Family Values for more dark, even homicidal, antics.

Tim Burton’s The Nightmare Before Christmas

While this could technically be a Christmas movie too, Tim Burton’s classic musical is perfect for Halloween.

The story revolves around Jack Skeleton, the local celebrity of Halloween Town due to his success at scaring humans everywhere on Halloween night. The movie’s plot ends up following Jack’s obsession with Christmas, but the movie remains pretty uncanny.

The beginning song itself, “This is Halloween,” will give you goosebumps — and that’s before meeting the monsters that occupy Halloween Town (including a mad scientist, a bogeyman and sociopathic trick-or-treaters).

This film truly lives up to its name and will give you nightmares from Halloween to Christmas.

The Silence of the Lambs

Last but not least, if you really want to be afraid to sleep the night before Halloween, watch Anthony Hopkins in The Silence of the Lambs. Out of all the horror movies to watch before Halloween, this one has to be the winner.

Hopkins’ role as Hannibal the cannibal is incredibly thrilling and well-played, but also downright creepy.

“He never ceases to give me the heebie-jeebies,” sophomore Mariana Trabanino said.

Watch this movie once, and you will be able to hear Hannibal murmuring “Clarice” in your nightmares.

After watching this movie, there is a guarantee you will be spooked for Halloween and probably locking your doors at night.